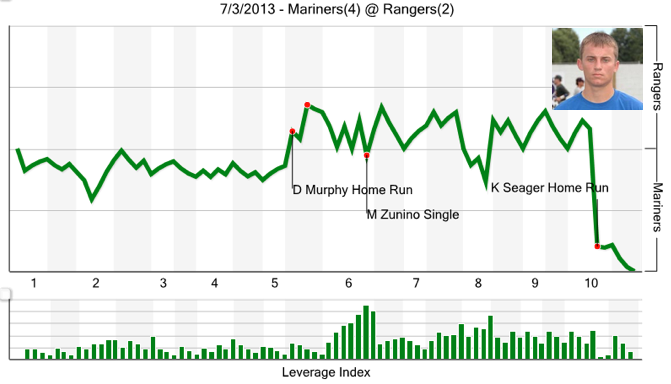 The Mariners led, they went down, they battled back, they won.

It was a close game in which I was waiting for something bad to happen. Something bad did happen in the fifth when Felix gave up two home runs, but that feeling of impending doom quickly evaporates when Kyle Seager is involved. It's clear now, Seager he is "The Man" for the Mariners going forward, and tonight he won the game with a two-run jack in the top of the 10th.

Couple questions to ponder as we throw the recap together: