The Mariners scored 8 runs, and the Twins scored 2 runs. I'll leave it up to you to surmise the outcome. 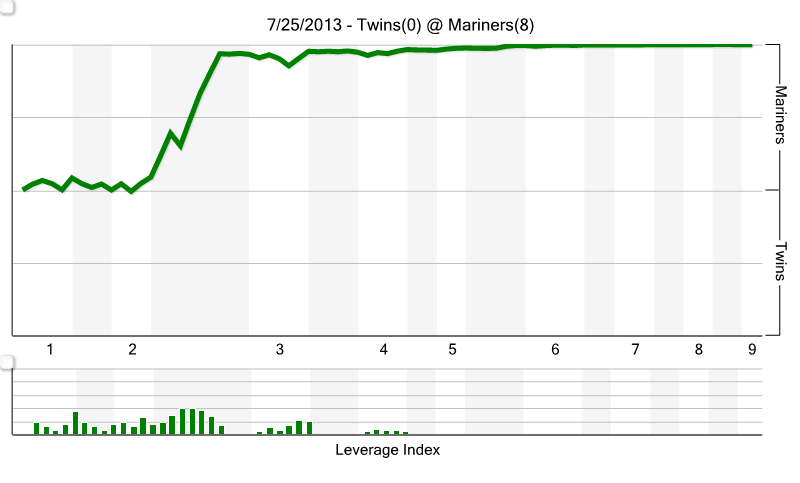 The Mariners continued their recent play of pretending they aren't the Mariners on Thursday, blowing through a team of professional baseball players with 8 runs and 11 hits. And aside from a 9th inning hiccup, they kept this team of highly paid, professional hitters nearly scoreless throughout the entire game, proving by default that they are The Best*.

*It should be noted this team of professional baseball players is also the 4th worst team in all of baseball, missing their All-Star catcher, and will, by all accounts, probably not be shut out for the remaining three games in this four game series. But hey, if the world ends tonight, the M's die winners. So take your pick.

QUESTIONS:
1. Favorite concessions stand at Safeco? Likewise, for the drinkers, beer of choice served at the ballpark?
2. Shirseys: go or no?
3. Has anyone else been following any other teams this year? Any good stories outside the M's?
4. Ignoring who was in the booth today, and the fact that this is a borderline rosterbation question, who would you like to see from the M's past (or present) join the team on the broadcasting end someday?