With a win over the Astros on Sunday, the Mariners swept their second consecutive series, and moved closer to .500 than they have been since May 21st. 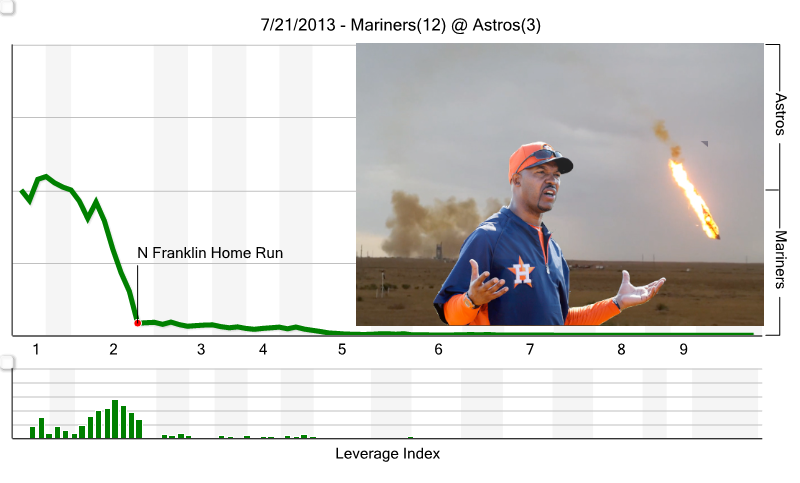 What the hell was that 9th inning?

At least the rest of the game was great. Nick Franklin hit his first big league grand slam. Jordan Lyles imploded in the 2nd inning and the Mariners sent 10 men to the plate. Dustin Ackley had 3 hits. The Mariners had 12 runs off 13 hits and almost shutout the Astros except Hector Noesi and Bobby LaFromboise. But Felix was Felix. Eric Wedge actually pulled his starters in a game because the lead was good. I don't know who stole the Seattle Mariners and replaced them with this team, but I'm willing to keep my mouth shut and let it slide for the rest of the year.

1. Did you ever at any point get worried in the 9th inning?

2. +/- on how long it takes Dave Sims to forget the "Officer Nick Franklin" thing: