The Mariners....um...won? Tonight? Something? I think? 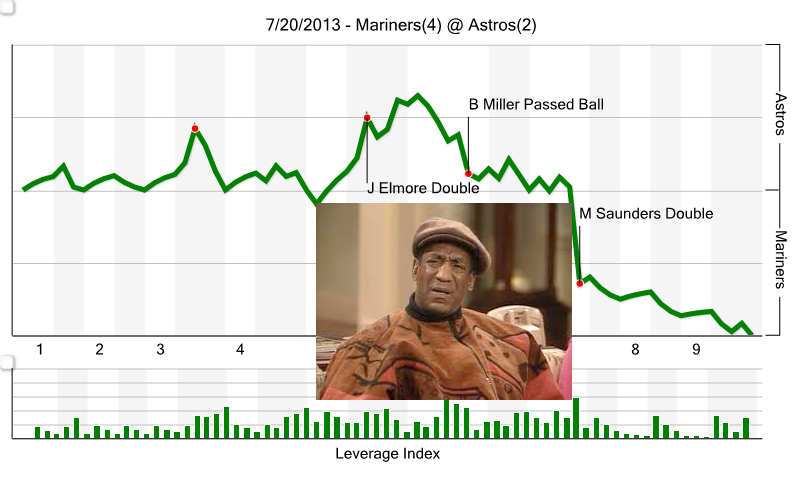 Well what we had here today was a perfect game by a former Mariner that turned into a no hitter, and then a one-hitter, and then an M's win over the Astros. The Mariners looked absolutely foolish from the start, a little crafty when they calmed down and took advantage of some erratic pitching, then just flat out lucky. They won the game with one hit and four runs and made history with this, your Daily Abstract Random Historical Statistic:

But these are the 2013 Seattle Mariners, and they have long decided that if they can't make the playoffs or win loads of games, they will at least do interesting things like almost tie the 1953 Brooklyn Dodgers for most consecutive games with a home run, hit the only game-tying extra inning grand slam in MLB history, and have some old guy hit a shit ton of dingers when he's supposed to be falling apart. Welp.

It would seem so Astros to see your team's starting pitcher go 6 innings without a hit only to blow the game, but I'm convinced there is some residual Mariners energy left in Bedard's arm that twisted the game in the direction it went. At the very least, we are at an interesting point in team history where "Well, Mariners" has been hijacked by another team for an excuse for bad play. I guess progress in even the strangest of places is still progress.

2. Who's the next prospect you want to see up with the team?

3. Did anyone make the Paul McCartney concert?