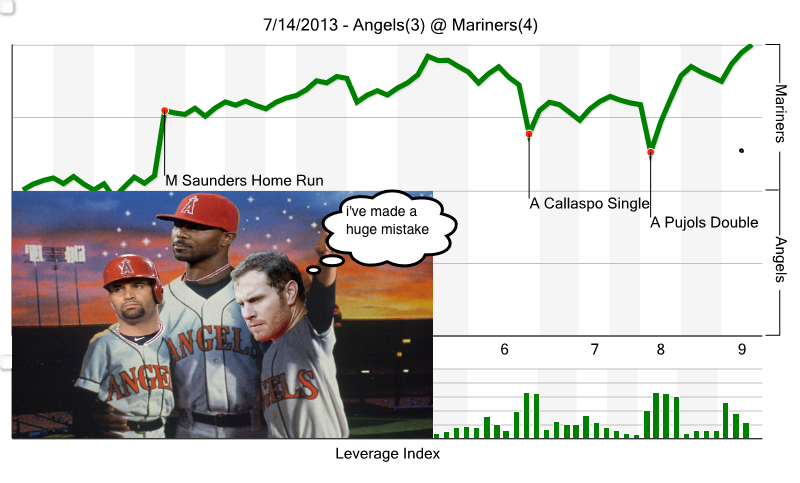 You guys, the Mariners. You guys. I don't want to jump the gun here, but The Mariners. Hisashi Iwakuma made a couple of mistakes, but pitched a great game, going 7 innings with 7 K's. Nick Franklin walked three times and made a couple of Brendan Ryanesque defensive plays. Michael Saunders hit a dinger to bring the M's HR streak to 22 games. The team still looks good, a week after they started inexplicably looking good, and today they beat the stupid Angels. It's getting progressively harder and harder to differentiate excitement from hope in my brain, and maybe that's not a bad thing.

1. The Mariners need new commercials. They can't keep rolling out the same six year-old Raul commercials anymore. Write a logline for what you would pitch for the next round of 2013 Seattle Mariners commercials.

2. How much of the ASG festivities will you be watching? Anything? Nothing at all?

3. Assuming the Mariners are out of the 2nd half race, who are you pushing for to make the playoffs?

4. Favorite single Mariners moment of the season so far?