Win Expectancy Chart, courtesy of Fangraphs, for the Yankees at Mariners game on June 9, 2013. 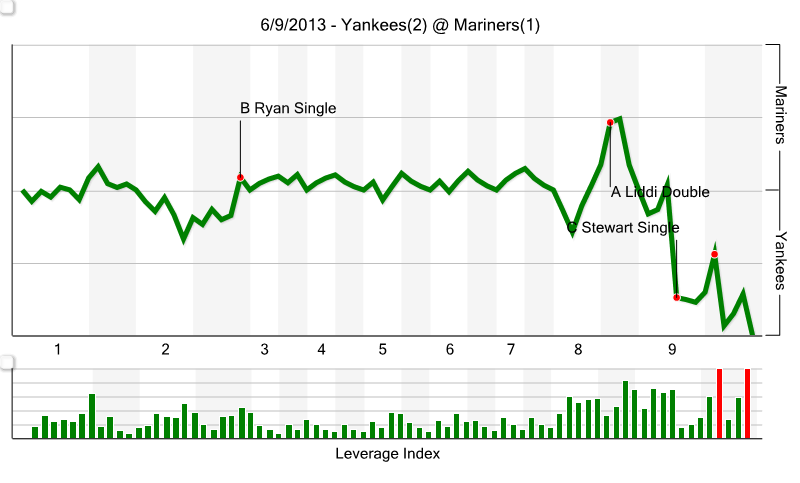 It always sucks when the Mariners lose because they can't give King Felix any run support and the bullpen coughs up a run, which is to say that approximately 40% of all King Felix starts suck. This was one of the 40%. Not helping matters were the continuing struggles of Michael Saunders, a very untimely GIDP by Kendrys Morales, and Eric Wedge's continuing - infuriating refusal to use Tom Wilhelmsen in non-save situations.

Because this game was entirely unworthy of discussion, today's questions will revolve around the pregame appearance of one Tim Howard, who was rather uniquely dressed. 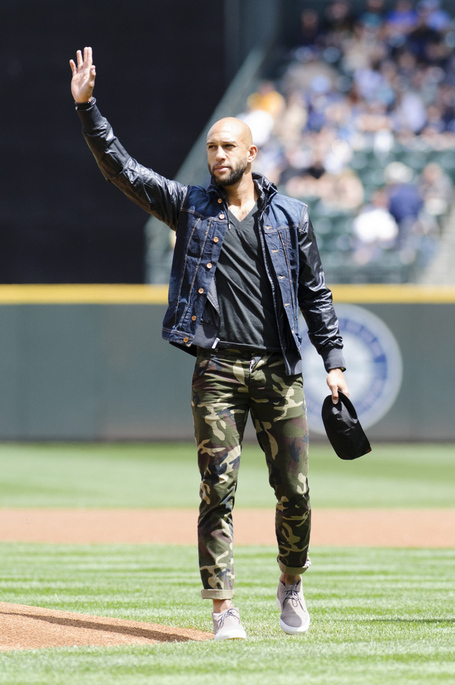 1) What is the most absurd thing that you have ever worn (that you are willing to share)?

2) What is the most absurd thing that you have ever seen anyone wear in public?

3) Does anyone in the world think that Tim Howard made a good fashion decision today? If so, who?