Vinnie Catricala has been traded to the Oakland A's for cash considerations, a resulting fallout of the Jeremy Bonderman promotion.

When the Mariners promoted Jeremy Bonderman, they chose to jettison somebody off the 40-man roster to make room for him. It wasn't Lucas Luetge, who hasn't been an evenly remotely effective MLB reliever in nearly a year, it was Vinnie Catricala, a corner infield prospect who tore up the minors until 2011, and then fell apart when he hit AAA. He began to hit again in AA this season, but found himself a casualty of the Jeremy Bonderman move.

Catricala was traded to the A's today for a PTBNL or cash considerations. If it's a player, it won't be anybody better than Catricala, or near it. The Mariners had zero leverage in any trade negotiations, given that any team could have simply claimed him off waivers for free. Given the A's great record, they offered up something to bypass any other claiming teams and complete a transaction before the process naturally came to an end. This will be some low upside reliever, organizational depth player, or more likely cash.

I don't feel the need to repeat myself, because I outlined how much I disagreed with this decision when it happened. Meanwhile, Erasmo Ramirez pitched a stellar game last night in AAA, and now has a 1.53 ERA over 3 minor league starts, only allowing 3 earned runs to go along with 14 strikeouts and 6 walks.

A Weekend of Unfortunate Events 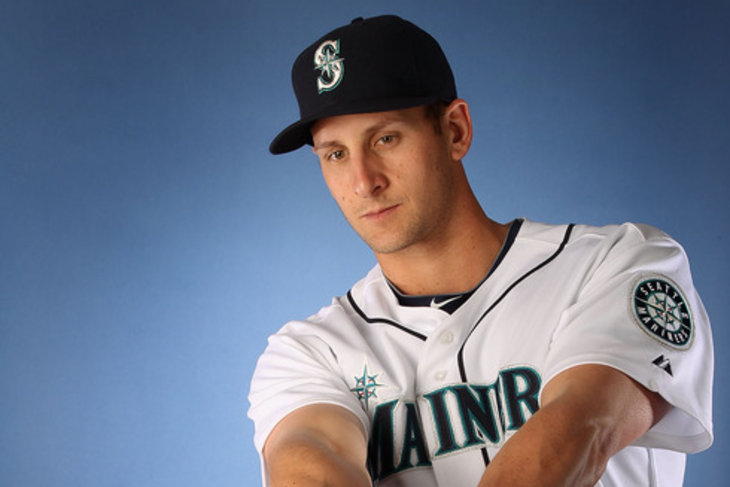 The promotion of Jeremy Bonderman didn't come without a cost.

Erasmo is coming, and the front office knows this. Bonderman got destroyed in his first start, but made a serviceable start this weekend at home, getting his first win since 2010. Comeback story complete, and now it's time to move on. Unfortunately, the loss of Catricala may mean that Jeremy Bonderman sticks around for longer than he would have otherwise. Here's why.

If the Mariners promoted Erasmo Ramirez in favor of Jeremy Bonderman today, he would take Bonderman's spot in the rotation. Bonderman should be DFA'd, and then it is quite possible that Catricala would have been lost for 2 starts of a journeyman pitcher who isn't very good, and isn't likely to be very good going forward. A pitcher who very likely did not perform any differently than Blake Beavan could have, and then the organization would have been spared Catricala. I digress.

Erasmo Ramirez is a far superior pitcher to Jeremy Bonderman. He offers the Mariners a better chance to win games, and I simply don't see the team bailing on Aaron Harang or Joe Saunders, given the more proven track records they have as grinders, or whatever hollow adjective is used to describe guys good enough to hang on and pitch a lot of innings. Innings eaters!

Because of today's trade, we're more likely to see Jeremy Bonderman stick around for longer than he would have if Catricala cleared waivers. Ramirez may get another start or two in the minors as Bonderman tries to prove he still has something that he hasn't had in a half-decade. When Ramirez inevitably comes up (the team cannot keep him down much longer when he is clearly a superior option), Bonderman may be moved to long relief instead of being sent off. Maybe they'll even keep him in the rotation if he teases with starts like Friday's. Why? Because I do not believe this franchise is going to let Bonderman go like they should because they lost a possible future contributor for him. Bonderman has to be around to justify the loss. Maybe I'm being too pessimistic. It's disappointing to see talent walk out the door for no reason, even if it has a relatively low chance of making an impact in the future.

Either way, the decision to roll with Bonderman instead of Blake Beavan or Hector Noesi while Erasmo Ramirez rehabs has cost the Mariners Vinnie Catricala. As I said before, maybe the loss of Catricala amounts to nothing, but maybe it does. This was an easily avoidable scenario, but the Mariners opted to be short-sighted instead.

I've spilled enough words about something that probably won't matter. The only point is that this kind of process is indicative of a front office that doesn't totally get it. If you want to DFA Vinnie Catricala for Brad Miller, go ahead and do it. But don't do it for Jeremy Bonderman. A lot can change in just a month when it comes to the 40-man roster.