Like so many postmodern soulsearching novels, this game went nowhere and touched no one's feelings.

This game was like losing your only wiffleball in the stickerbushes down the hill. It was like the check engine light blinking in your 1999 Ford Taurus. It was like being talked into attending a children's musical without knowing any of the children involved. 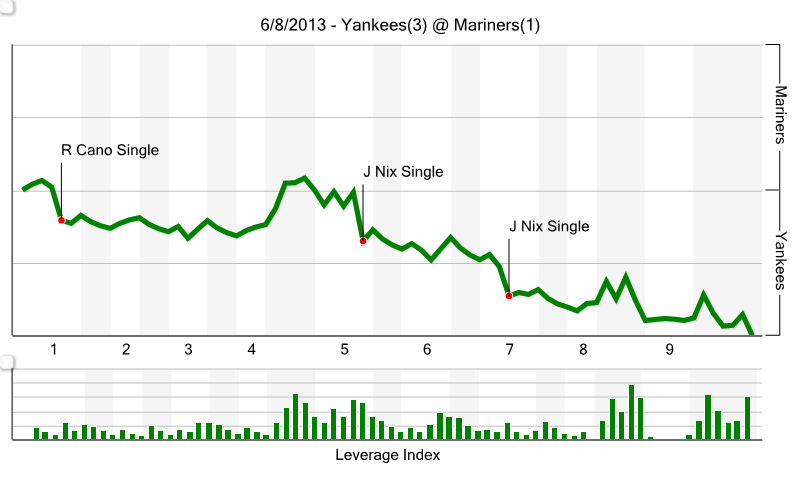 Your decision to create a short story out of a professional baseball game is an interesting one: good job! It takes a lot of creativity to write with a protagonist so different from yourself. Your choice of the pitcher "Joe Saunders" is an interesting one, though, because it would seem like you're creating an antihero without helping the reader understand his flaws. Maybe you should consider providing some hints as to why the reader should care - or dislike - Joe. Perhaps you could provide a stream of consciousness as he pitches? Or give him a scar and a menacing glass eye?

Also, Kevin, I applaud your decision to avoid cheesy plot devices like a game-winning home run or the like. But with the game so obviously lost by the end, it was hard for me to identify the game's climax. This is very postmodern of you, but we as readers need some sort of catharsis or at least some moral to take away from the story. I understand that existentialism is back in vogue these days and that stories don't need to have endings, but they need to have a point. Otherwise, why read a story when real life is more realistic?

I guess that's where the problem is, Kevin. I couldn't bring myself to care about your "Joe Saunders", and I couldn't identify with him. If you're going to go with the realism angle, you need to make that reality very detailed and specific. Maybe move the story out of the stadium. Why spend the entire story watching Joe Saunders pitch? Maybe focus on the night before? Is he throwing up in the restroom before the game, still hung over from the previous night, afraid to face his fate? Has he broken up with his girlfriend? Explore the space, Kevin.

Good first draft, though. I look forward to your revisions.