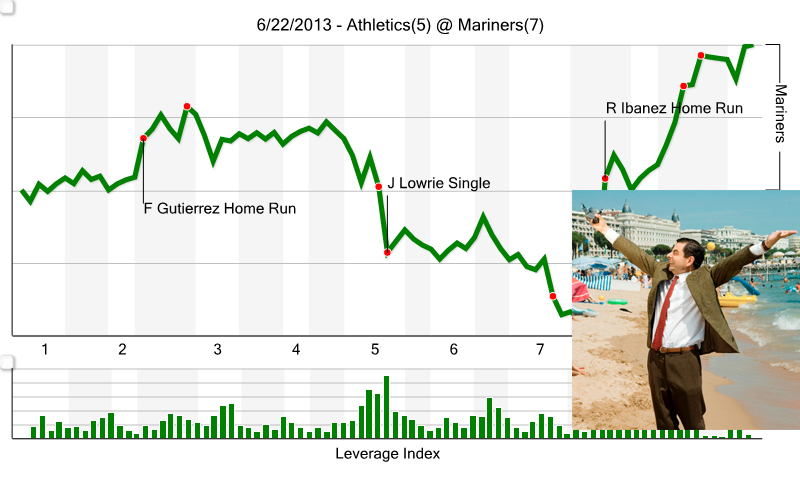 Sufferer of Worst Win Probability Added Because He Touched The Ball More Than Everyone Else: Aaron Harang (-.240 WPA)

I typed up this whole thing about how the Mariners were going to lose despite holding on to a 7-5 lead going into the 9th, and then Yoenis Cespedes grounded into a double play and Our Hero® Nick Franklin threw a 105 mph fastball to first and I hit Select+All and Delete because BASEBALL YOU GUYS.

Now Eric Wedge is talking on my TV and I can tell he's trying to play it cool, but he sounds like he just came back from recess after asking out that girl who helps him with his geography homework, and though he's trying to hide it as much as he can, we all know he is excited. You know what? I'm excited too, Eric. Let's just let this one sit for a while.