The Mariners are the parents who get you boxers for Christmas and stuff them in an X-Box package before wrapping them. 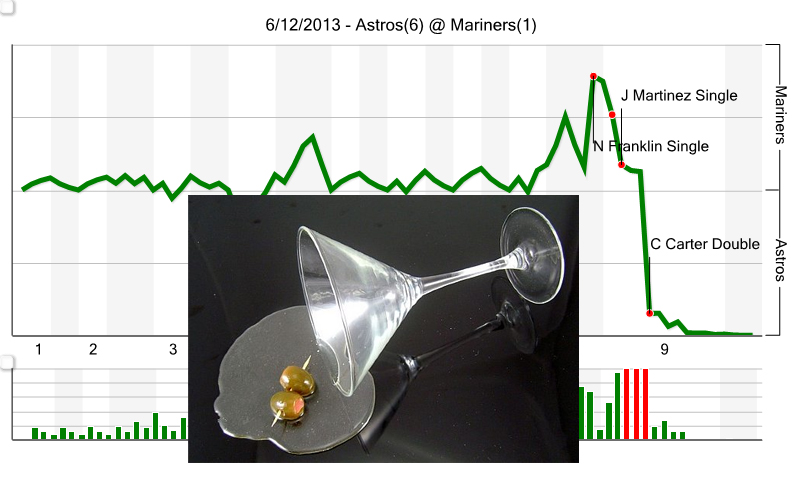 Tonight should have been fun. The Mariners have reached their traditional mid-June role of schedule filler. Fans, while not happy about the teams continued failure, are more than accustomed to it. And tonight featured the controversial but still exciting debut of Mike Zunino, the Mariner's finest prospect. Win or lose, at least the overall takeaway from this game would be a fresh storyline or two right?

The problem is, as it has been for so, so, so many years, is that this roster simply had no margin for error. Everything is always dependent on too many players hitting 85-95% projections. It's always IF Michael Morse repeats his only productive season and IF Kendrys Morales can healthy. IF there's progress made by a thus-far-disappointing collection of young players. As a fan I always feel like the Mariners have endured so much bad luck that they are due for some good. I convince myself that these positive scenarios are not only possible but somehow likely. It's the Gambler's Fallacy... and I can't help it. I'm stupid. The problem is that I can't shake the feeling that the Mariners themselves seem to be placing some bets at least in part on this flawed thinking as well. How else do you explain a roster where even a modicum of contention is so dependent on good fortune?

The Mariners just scored 8 runs in a series against the Astros. That's with the Astros committing 7 errors. It wasn't flukey or bad luck. It was the byproduct of what is, at this moment, one of the 3 worst rosters of healthy players in the game. If all you do is chase hope you're never going to find it. I can't believe we have to start this crap all over again.