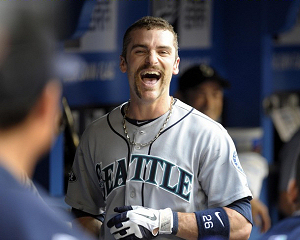 We all know that Brendan Ryan and Robert Andino have not hit in 2013. They haven't hit for power, they haven't hit for average, they've hardly drawn walks, and usually their outs haven't even managed to be the least bit helpful or productive. It's nearly impossible even to express how miserable Mariner shortstops have been on the offensive side this year. But I'd like to try.... 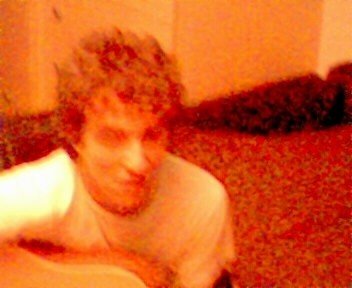 They've also been bad in that all 13 of the hits from the shortstop position this year have been singles. "What?!?" you say? Haven't the Mariners played 35 games? Yes, 35. They Mariners haven't had an extra base hit by a shortstop in the first 35 games of the year.

Even though I felt completely sure that this must be a team record, I still wanted to verify. I checked the game logs from 1990-2012 and the longest it took in any of those years was 12 games in 1994. The average in that same span was only 4 games! But I wanted to check every year, and I even though I found that it took 19 games in the inagural 1977 season, my mean remained at about 4 games. I completed my research all the way through the 1988 season, feeling more and more confident.....until....

...I came to the 1989 Mariner season, in which rookie Omar Visquel was the primary shortstop for your Seattle Mariners, and in which Mariner shortstops produced a combined .520 OPS. That's .33 points worse than 2012 Brendan Ryan! To my surprise and dismay I found that the first extra base hit by a shortstop that year was a 5th inning triple to center field by Visquel in the THIRTY-EIGHTH game of the season.

So although the most recent article I posted encouraged the Mariners to promote Nick Franklin sooner rather than later, I certainly hope that they do no do so until we've seen Ryan and Andino struggle for 3 or 4 more games. There's a certain appeal to record-breaking, even when the record is something for which we should be ashamed.

Here is the data I collected in chart format. 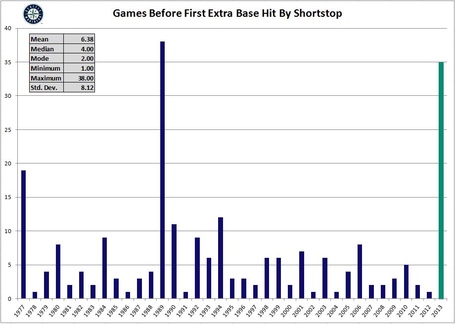