A Treatise on Booing

Let's discuss when it's okay to make other people feel bad.

Share All sharing options for: A Treatise on Booing

As a Semi-Professional Internet Baseball Personality, I have a responsibility toward my community. It would be a simple task to rain down invective upon our beleaguered and under-talented hometown twenty-five, but this does not make the world a better place. You can't stay neutral on a moving train, as historian and muckraker Howard Zinn once said, although it seems like you could travel down the length of the train at the exact speed at which it's traveling away. But then, we're also circling around the sun at 67,000 miles per hour, so maybe we should forget relativity before we all get a headache. No, in a less literal sense, we must be agents for change, or else we are implicitly supporting the baseball bourgeoisie.

Change is already underway. Chuck Morgan, the Texas Rangers' PA announcer and sound producer, has led a quiet crusade against the Wave, employing all the sarcasm at his disposal. But there is more to be done, comrades, and we must work together to create a pastime worthy of ourselves and our future generations. Thus I present to you this, the first in what will probably be a one-part series, on improving our collective fandom.

People have been using the long U vowel sound to voice their displeasure since time immemorial, and will continue to do so long after our inevitable deaths. Let it be stated that I, for one, am not opposed to this. In a game of millionaires and marketing departments, the boo is one of the few methods by which the fan can impart his or her will on the game. We all deserve our right to expression.

More: A recent example of when booing might have been appropriate

This is not to say that all forms of booing are equally valuable or desirable. For instance, yesterday Phillies starting pitcher Roy Halladay had a bad day. The former ace coughed up nine runs in 2.1 innings to the lowly Miami Marlins, a team that had scored 84 runs in its first 31 games combined. As Halladay dragged himself off the field, he was met with a smattering of boos from the well-reputed Philadelphia crowd. He'd pitched 484 innings his first two seasons with the club in 2009 and 2010, and was obviously both physically and spiritually broken. This was perhaps not a wonderful time to boo.

As an alternative, I present Tuesday, April 17, 2001. I was in the left field bleachers for what proved to be one of the most enjoyable fan experiences of my life, the return of Alex Rodriguez to Seattle after his new little contract. It was a silly thing to boo Alex Rodriguez; he'd earned his free agency by playing for well below value during his arbitration years, and the Mariners never made a particularly serious offer to him. But boo we did nonetheless, every single time he stood in the box or touched the ball. The synchronized, staccato boos that exploded for the exact moment he received the ball while tossing it around the horn was wonderful. And it's not as though Alex's feelings were particularly hurt.

The Future of Jesus Montero (As of Two Weeks Ago) 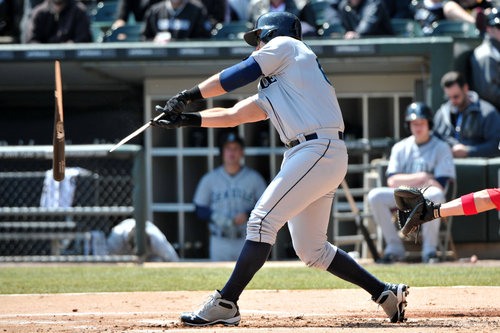 Booing umpires and opponents is easy, but it's difficult to know exactly when to turn on one's own. Jesus Montero, for example, is quite obviously struggling at the plate, and he's still in the process of throwing down to second base on Jose Bautista's stolen base attempt yesterday. But booing him is hardly going to help his confidence, or improve the team. Despite their riches, most of the players on your professional team of choice really are trying hard, and they're often in physical pain, and they're just as unhappy about their lack of success as the fans are. In this case, the boo does nothing, and begs the question of who or what exactly the fan is to protest. There are times, however, when a player displays a lack of devotion on the field, failing to run out hits, making mental errors, or wearing a Chone Figgins jersey. In these situations, it seems perfectly valid for the fan to supply whatever external motivation he or she can muster.

But these things have all happened, and all will happen. They are beyond our scope. I do not need to change the world, dear reader; I am content with making even one small improvement on life. So let's devote our attention to a single aspect of booing that I've never understood. I seek to delve into the murky ethics of booing the pickoff throw. 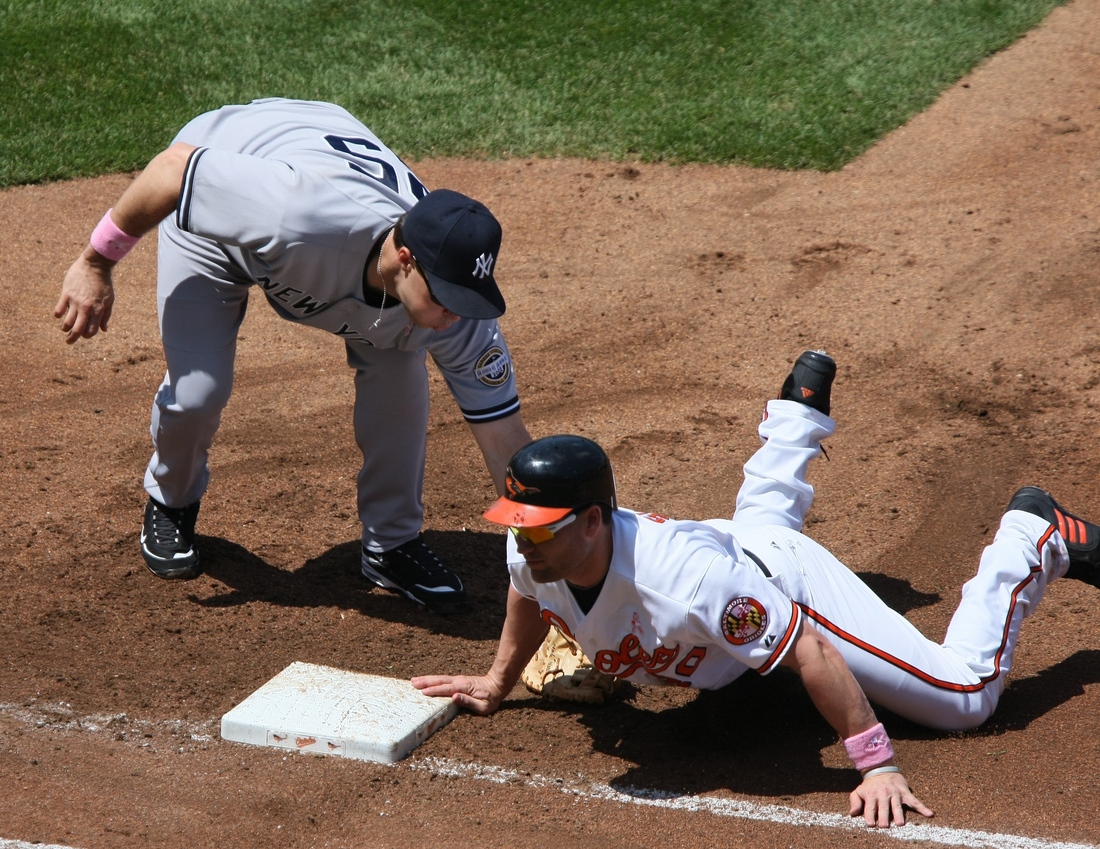 It's often been noted, primarily by old men, that the game of baseball bears a perfect symmetry. Everything is the exact distance, the exact amount of time, the perfect volume and temper and tint. This is a foolish and romantic philosophy, of course, and certainly here are times when certain mixed strategies might be more finely tuned, but the game does work fairly well most of the time. One exception to this outlook is the pickoff throw. It's basically the PAT kick of baseball, except somehow even more trivial. It never does anything, it wastes time, and bears the faintest trace of cowardice. It's no wonder that everyone hates it.

Even worse: there are really no rules surrounding it. A pitcher can make as many pickoff moves as he likes, at least until the umpire decides arbitrarily that it's a delay of the game. In fact, given the value of putting a baserunner out as opposed to the cost of an extra base on the occasion of an error, there's really no good reason why the pitcher shouldn't keep tossing to first, except out of respect for the game itself. It's a dominant strategy!

All of this leads to a certain understandable impatience for the pickoff throw. And yet certain fans will rain down their disapproval on an opposing pitcher the first time he makes a move to first base.

This is insane. What are our expectations? That pitchers should never attempt pickoffs? That runners should be allowed to wander halfway to second base before the pitch? That trying to get outs, and in so doing improve their team's chance of winning, is something people should not try to do?

I simply don't understand it, dear readers. Perhaps in the comments, some of you will be able to enlighten me. But if not, if it is only "other" fans that commit this minor sin, our mission is clear. We must make our world a better place, and spread the gospel of good fandom. Three consecutive pickoff throws? Fine, chew the man's head off if you can. But we need to stop booing every single pickoff throw.

After all, booing is one of the only tools we have as fans. The more we misuse it, the more we dilute it with these trivial concerns, the less powerful it becomes. Save your scorn for the next time A-Rod rolls into town.