Win Expectancy chart, courtesy of Fangraphs, for the Mariners at Blue Jays game on May 5, 2013. 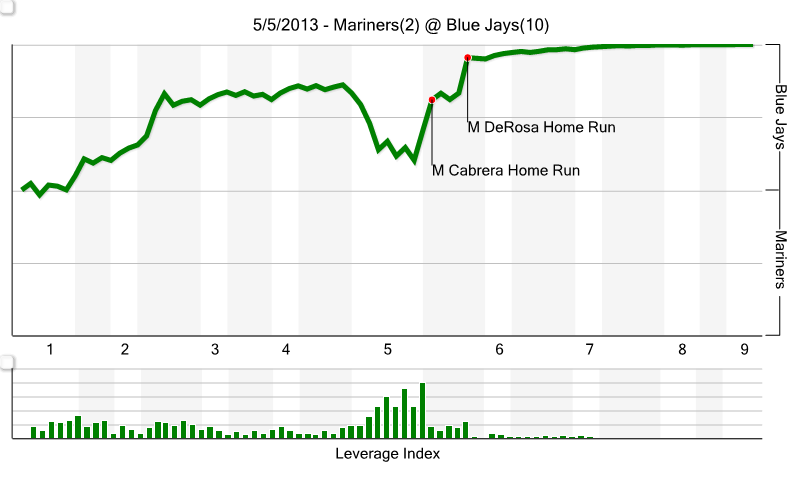 Sorry for the late chart, guys. I just got back from a short trip to a neighbor island to the surprising discovery that the Mariners had scored runs while I was away, and my shock caused me to miss today's game. However, I see from the chart that Joe Saunders was terrible away from Safeco and Brandon Morrow shut down the Mariners despite walking way too many of them. This sort of begs the question: did I really miss the game?

1) Which team will be on the receiving end of the Mariners' first sweep of 2013?

3) Rumor has it that there's some friction within the Mariners' upper management re: Jesus Montero. It's said that the higher-ups want to see him play more, but Eric Wedge likes Kelly Shoppach and is not fond of Montero's relatively lacking work ethic and focus. What do you think? Should Montero be playing more, or is Shoppach the superior player?

4) Not a question, but a promise: I too love the GIF-in-chart idea and while adopt it as soon as I can.