On May 30, 2013, the Mariners played the Padres and won by a score of 7-1. This is a joyous occasion - though perhaps not for the reason you think.

So it is at this juncture, following a 7-1 demolition of the Padres, that I invite you to observe: this season has been a complete and utter disaster. I mean, the team is bad, but that's not what I'm talking about. I'm talking about the implications of this season so far on the long term future of the franchise. Given that this team isn't going to contend for a playoff spot in 2013 - no, really, they aren't, they're bad - I've sort of stopped caring about what Endy Chavez and Jason Bay do, y'know? At this point in the season I care about the young players' performance. The "future core"'s performance.

Let's take a look at that.

I'm exaggerating the struggles of the minor leaguers a little bit, because I want to set a tone. Walker's improved control in his last few AA starts is really quite encouraging, and Zunino's contact struggles are probably temporary. But the point is that by and large the team's "young core" has looked like crap this year, and that irrespective of the team's record this is a pretty ominous sign. If Jack Z's job security is determined not by the team's record but by the success of his imports, as it should be, his seat must be getting deservedly hot. Because it's really only Felix and Seager who have done well in the major leagues.

But luckily there is a beam of hope... and that beam's name is Nick Franklin. The legend of Franklin has grown exponentially this season, as he put on thirty-five pounds over the winter, demolished AAA for a month with improved contact and swing rates, and finally earned a callup at the expense of Dustin Ackley. And then, today: 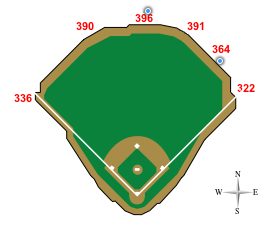 I wrote a while back that, given Franklin's contact and swing rates, he would need to maintain something around a .130 ISO to be a league average hitter. A 100 wRC+ second baseman with good defense - which Franklin should have - is worth about 3 WAR.

So far he's off to a good start. Keep bringing the hope, Nick. 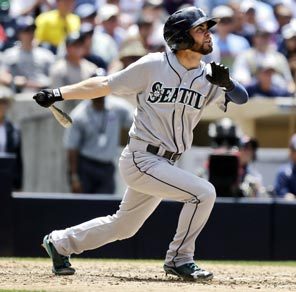 I don't even know how to describe that one. On that pitch, it was a changeup in and I got the barrel to it. And it was like, whack, I hit it, and I was starting to prepare for the next pitch. I was 102 percent for sure it was a foul. I don't know what happened, if the wind brought it back, or if the spin did it, I don't know what happened. But that was the least expected, most awesome result I could ever not imagine.