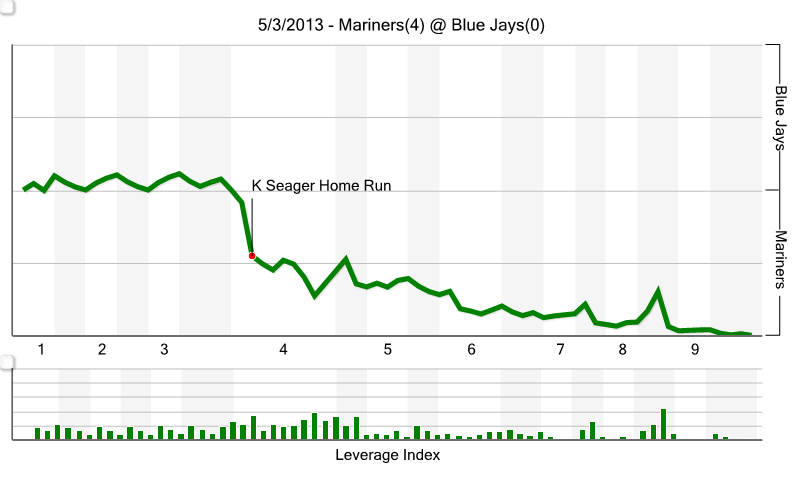 The "Hey, it's Friday night" recap: Ricky Romero appeared to be cruising before a blister began causing him control problems in the fourth inning. The Mariner hitters took advantage and Felix Hernandez did the rest.