The Nick Franklin era begins as the 2013 schedule continues to confuse. The Mariners play four games against the San Diego Padres, two at home and two on the road.

Joining us to discuss the Mariners' bitter rivals is Geoff Young, formerly of one of the original baseball blogs Ducksnorts and currently of Padres Public and Baseball Prospectus.

Jon: The Mariners and Padres both brought in the fences at their home parks in an attempt to help hitters out. The new dimensions have come into play at Safeco Field, but not frequently enough for most fans to notice. What has the experience been like at Petco Park?

Geoff: Someone is tracking this stuff and so far the opposition has benefited more than the Padres, which is what happened to the Mets last year when they tweaked their dimensions. The concern has been and continues to be that the Padres may have surrendered one of their few competitive advantages by making the park less extreme. On the other hand, it's probably easier to attract fans and free-agent hitters with the threat of occasional offense.

Jon: Chase Headley emerged as a star after adding home run power to his game last season. Now in line for a ton of money in arbitration, what's the status of the contract extension negotiations? How long do you expect Headley to be a Padre? 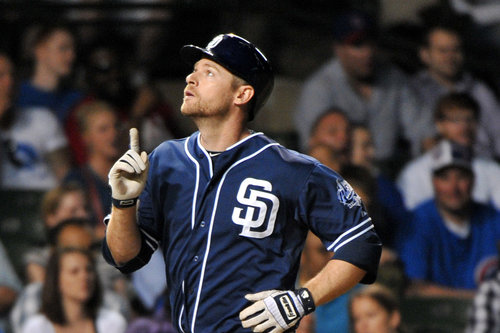 Check out their coverage of the Headley contract negations here.

Geoff: The new owners have publicly stated that signing Headley long-term is a priority. But the last time we heard anything, those same owners claimed to be working on a deal, while Headley reiterated his previous stance of not wishing to negotiate during the season. Fans would love to see him stay but are accustomed to seeing their stars traded to some team with deeper pockets. I don't know enough about the new owners to say whether they'll be able to make a competitive offer. At the very least, I hope they remember Headley's publicly stated stance on negotiating during the season before they announce that they're working on a deal to keep him in San Diego.

Jon: I had a prospect crush on Kyle Blanks back when Portland, OR still had AAA baseball. The giant's career has been derailed by injuries, but it appears to be back on track at age 26. What are expectations for him going forward?

Geoff: I've been a fan of Blanks since his days at Lake Elsinore, and it's good to see him healthy again. The injuries haven't damaged his game, but I wonder how much of a season he'll ever play. The size and athleticism that make him so much fun to watch also work against him in terms of the pounding his body takes from running around a baseball field. But like Tim Stauffer, another former Portland Beaver (why am I suddenly hungry for a Goose Hollow Inn reuben sandwich?), he's easy to root for and I hope he has a productive career. With his hot start this year, there is a bit of a "Free Kyle Blanks" movement afoot, but realistically I think he's a role player - albeit a good one - going forward. Although Blanks has the talent to be more, I'm not sure he has the durability to go with it. 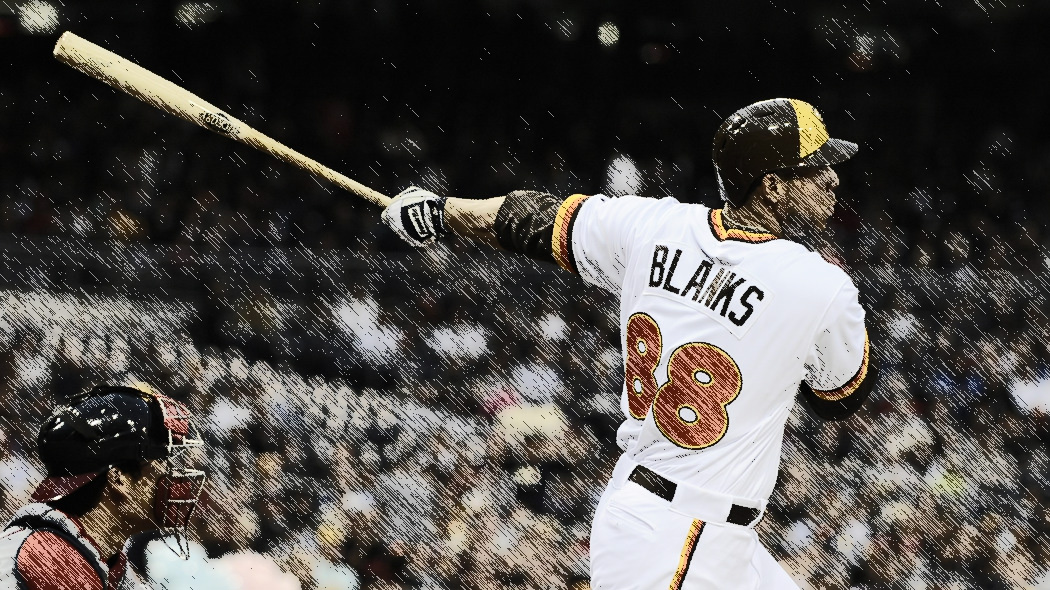 Jon: How do Padres fans like the broadcast team? Should Mariner fans using MLB.tv give them a shot?

Geoff: I should preface my response by noting that due to a television contract snafu, I've watched three Padres games on TV over the past two seasons. Those were in sports bars with no sound, so take what follows with the appropriate grains of salt.

Color man Mark Grant, who played briefly with the Mariners, has been here a long time and is popular among fans. He has a goofy personality but knows the game. If you like your color man to sound like he's hanging out in your living room with you and being kind of silly, Grant delivers that. I'm a big fan.

Play-by-play man Dick Enberg is more complicated. He is a broadcasting legend, but Padres fans haven't warmed to him since he arrived in 2010. His style is very old school, and there are concerns that maybe he doesn't see as well as he once did. His difficulty in calling a home run a couple weeks ago in Baltimore magnified those latter concerns. It's harder for me to comment on Enberg because I only heard him call games in 2010 before the TV situation exploded. I suspect that part of the problem is we got spoiled listening to Matt Vasgersian for so many years, but that's just conjecture on my part.

Grant and Enberg are worth checking out to hear how other broadcasters call a game (I recommend this for any team), but I've heard more of Dave Sims and Mike Blowers over the past two seasons, and I enjoy listening to them as well.