The Seattle Mariners have lost six in a row and are in danger of falling behind the Los Angeles Angels and into fourth place in the A.L. West. They'll attempt to rebound against the Texas Rangers, co-owners of baseball's best record.

Jon: In our first Q&A this season you listed first base and Mitch Moreland as one of the lineup's potential Achilles heels. Now he's hitting .289/.339/.566 as arguably the lineup's top contributor. What changes have you seen in Moreland's game this season? How much of it is sustainable?

Adam: Moreland's K rate, walk rate, and BABIP are all right in line with what he did last year, and with his historic levels. The difference for him has been his HR/FB rate going up, as well as his rate of doubles going up, resulting in an ISO that is 85 points higher than last season. Moreland is someone who doesn't pick up cheap home runs -- he hits 400+ foot blasts when he goes deep, historically -- so the higher HR rate may be sustainable. I don't know that he should be expected to maintain a 900+ OPS, and at age 27, you don't expect him to have a ton of growth potential, but the Rangers think he has the ability to be a solid everyday 1B, so a .280/.330/.530 line is something that wouldn't be completely unrealistic or unexpected from him this year. That's probably on the top end of reasonable expectations, though. 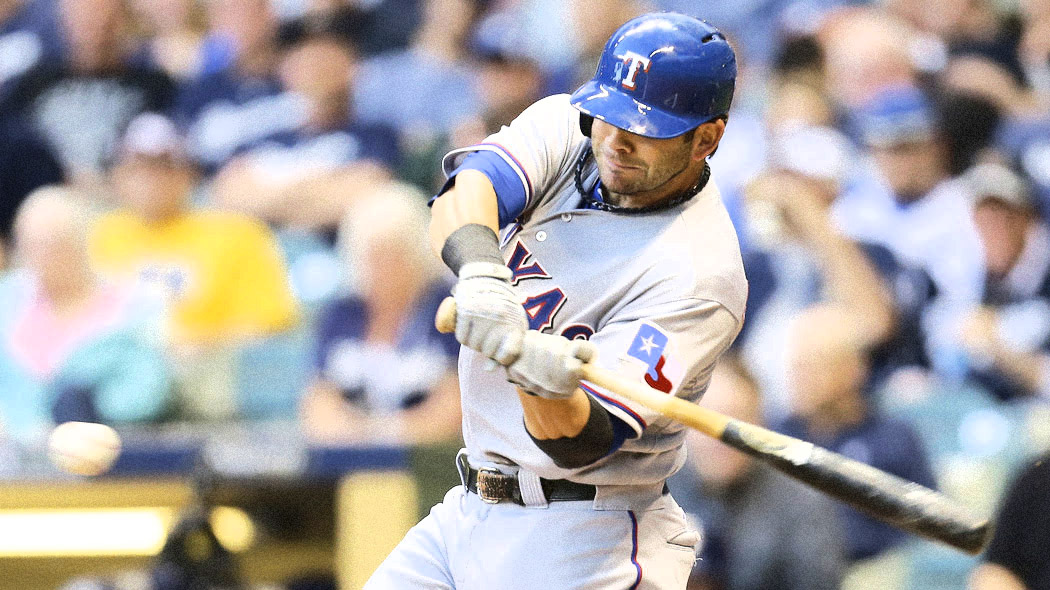 Jon: After following up a promising 2011 with a mediocre 2012, Derek Holland appears to be off to a fantastic start in 2013 by adding strikeouts while subtracting walks, among other things. Where do you see the 26-year-old's ceiling at this point? What improvements do you think are within his reach?

Adam: Derek Holland is someone who has the stuff of a #2 starter, but whose command issues have held him back. I've compared him to A.J. Burnett, in that he's someone who is probably best slotted in as a #3 or #4 starter on a championship contender, but who will have games, and even stretches, where he looks like he can be much more than that when his command is there. He's featured his changeup, which he largely abandoned last year, more often this season, and that's been credited with helping him improve in 2013. He also got a lot of ink this spring for saying he was going to stop being so much the "wacky" Holland, though I don't know if that really makes much of a difference one way or the other.

At the end of the day, I think his level of success will be dictated by how good his command is, and I think he will be, like Burnett, a guy who ends up being viewed by some as a disappointment because he doesn't quite reach the heights that his stuff suggests he could reach. However, like Burnett, he'll also be someone who can provide a lot of value in the middle of a rotation for a championship team. 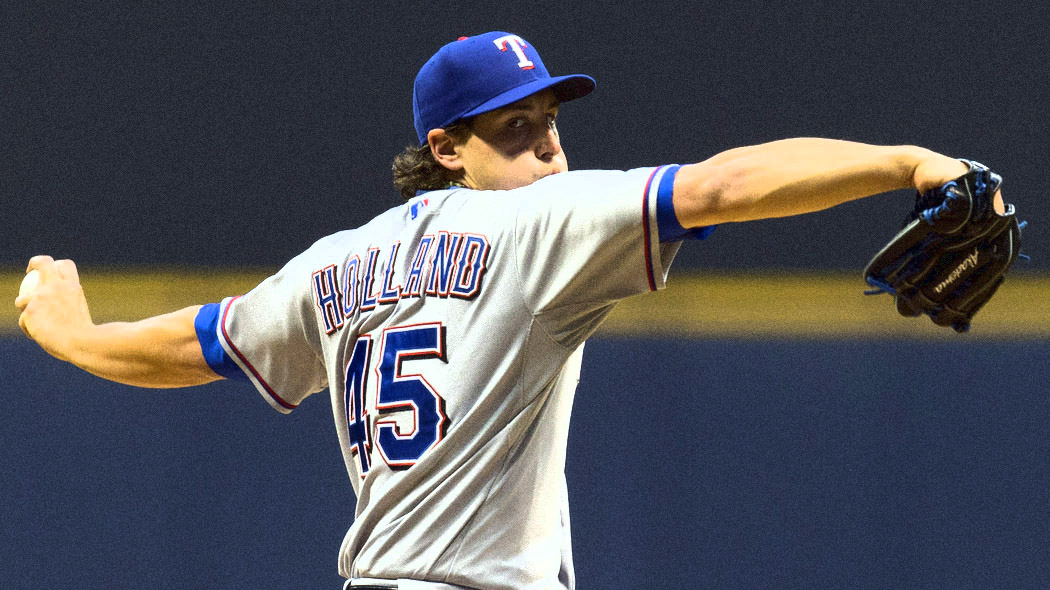 Jon: An injury to Ian Kinsler has opened the door for super-prospect Jurickson Profar. What is the most exciting part of his game? If he performs, what do you expect the Rangers to do upon Kinsler's return?

Adam: The most exciting part of Profar's game is probably that there is no one really exciting part of his game...he's a guy who is solid average or above-average across the board, and whose baseball instincts and intelligence allow those tools to play up. He's just a really good ballplayer across the board, with no real weaknesses. Regardless of what he does while Kinsler is gone -- and Kinsler is expected to be activated a week from Sunday, after the minimum 15 days on the d.l. -- Profar will likely be optioned back to AAA once Kinsler returns. However, there's some thought Profar could be back in the majors before roster expansion in September...Kinsler and Elvis aren't sitting much right now, which means there's little playing time available for Profar while they are healthy. But Buster Olney said in a Q&A with us last week that he thought the Rangers were planning to get those two more regular rest later in the summer, when it got hotter, and would look to have Profar be in a rotation system with them at that point. 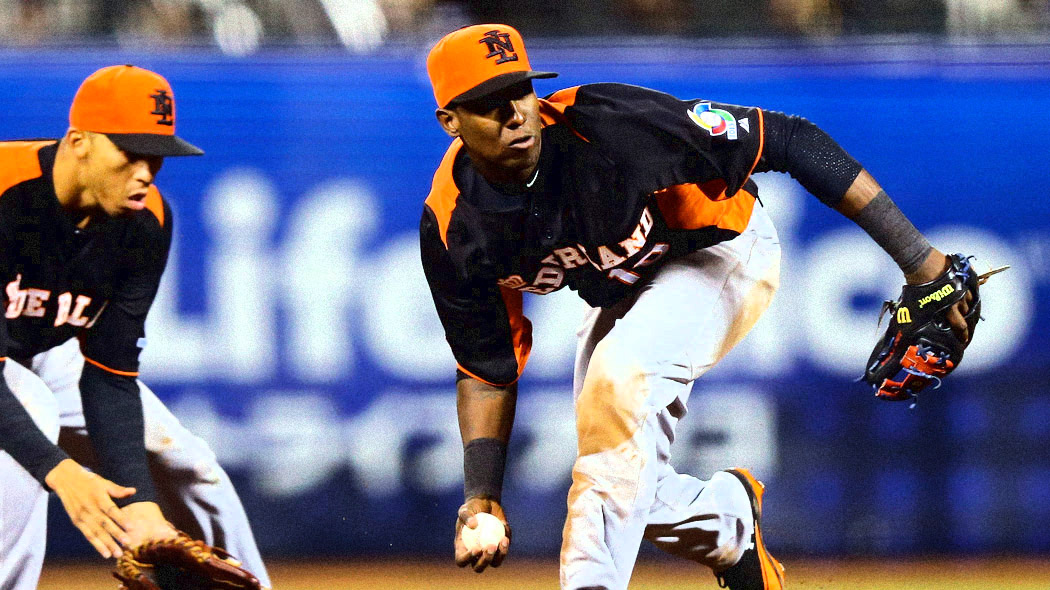 Jon: How do Rangers fans like the broadcast team? Should Mariner fans using MLB.tv give them a shot?

Adam: The Rangers' TV broadcast situation has been a topic of much discussion the past few years. The biggest problem the TV guys have is that Eric Nadel does the Rangers' radio play-by-play, and he's a legend, our version of Vin Scully. Nadel has been doing Ranger games since 1979, and has been doing just radio since 1982, and is considered one of the best in the business, so whoever does TV pales in comparison. Josh Lewin had been the team's TV PBP guy for about a decade, pairing him with former Ranger player and g.m. Tom Grieve. Lewin, however, was a bit polarizing, was not popular with the team's beat writers (who criticized him for dropping too many pop culture references and being too irreverent). After the new ownership group bought the team in late 2010, the decision was made not to bring Lewin back for 2011, with rumor being that it was at the instigation of Nolan Ryan, who was reportedly one of Lewin's biggest detractors. Texas tried to get Nadel to switch to TV, and when that didn't work, went after Dallas native Scott Franzke, who does Phillies games on the radio. When Franzke said no, they ended up giving the job to John Rhadigan, a Fox Sports Southwest studio guy who had never done play-by-play before. Rhadigan was a disaster, and was canned a couple of months into the 2011 season, to be replaced by Dave Barnett, who had been doing radio with Nadel. Barnett never really developed a chemistry with Grieve, and after a bizarre on-air incident where Barnett started talking about a botched robbery, henchmen, and a runner on fifth base mid-game, Barnett was taken off the air for medical testing and was replaced with former major league pitcher Steve Busby in the middle of the 2012 season.

The Busby/Grieve pairing was carried over to the 2013 season, and it is sort of an odd matchup, because while Busby is technically the PBP guy, he and Grieve are really both more in the "color guy" mode. Busby can have some good insights, particularly when it comes to pitching, and Grieve is a fixture at this point, someone who will continue to be in the booth for as long as he wants the job. However, I'm not sure that the team views this pairing as the long-term answer in the TV booth.