Win Expectancy Chart, Courtesy of FanGraphs, of the Seattle Mariners and the Cleveland Original Tenants, May 18, 2013. 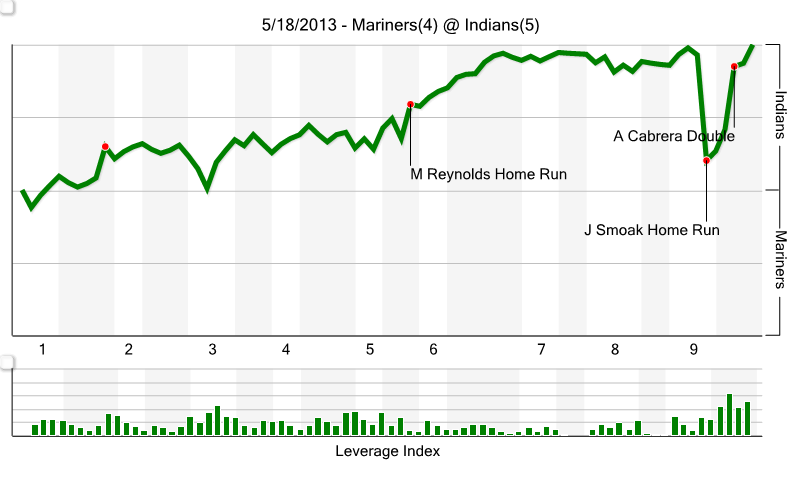 Questions posited for the reader:

1. Is it better to be hurt than to never feel at all? After seven innings, this game was more of a surreal, hangover-fever dream than an actual sporting event. If the game had ended then, would you have been better or worse off?

2. As pretend general manager, would you potentially sacrifice wins for the big league club by demoting Jesus Montero for the sake of a Shoppach/Sucre combination?

3. Perform some internal calculus. Raul Ibanez, as you have no doubt noticed, has hit 6 home runs in 7 games. Is he, at this exact moment, lovable? If not, how many games of averaging .86 of a HR per game would it take to make him so?