Win Expectancy Chart, courtesy of Fangraphs, for the Astros at Mariners game on April 9, 2013. 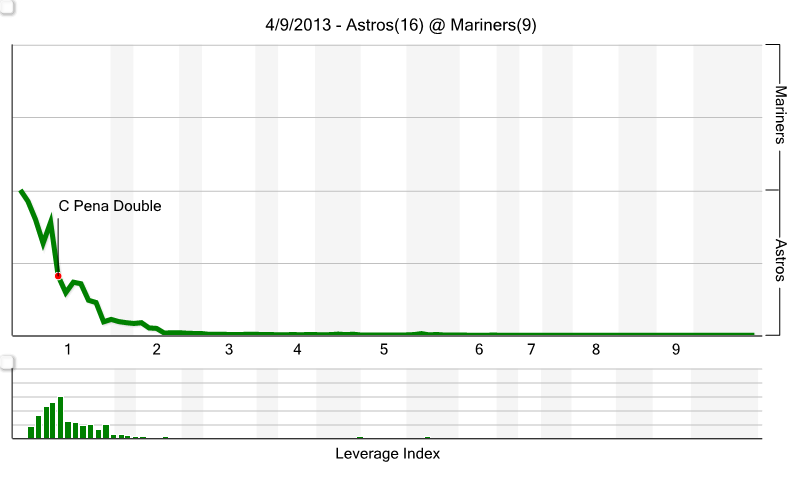 That was probably the worst outing I've ever seen by this bullpen, but Brandon Maurer bore the brunt of the WPA blame. Poor guy. He really just didn't have any semblance of command tonight, and the Astros capitalized on that by getting some truly absurd BABIP luck. I bet he'll get a couple more starts, until Erasmo is ready to go, and then it's back down to AAA. I'm still very much rooting for him. On the hitting side of things, Bay and Ibanez had the first two new-Safeco Mariners home runs (of course), but they hit them too late for it to matter. Justin Smoak walked again, and don't look now but he's got equal numbers of walks and strikeouts and has made some pretty good contact. Ackley and Montero still look awful, though.