Win Expectancy Chart, courtesy of Fangraphs, for the Astros at Mariners game on April 8, 2013. 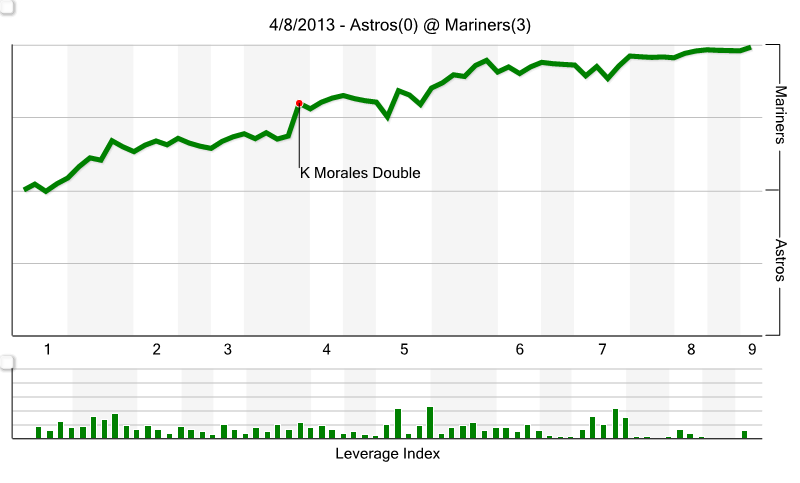 WPA liked Joe Saunders' performance in this game. I also liked Joe Saunders' performance in this game, because a 1.89 single-game FIP is impressive even when you're pitching to the Astros. Smoak didn't do very well by WPA, but he had a couple of well-hit balls - the BABIP gods have not been Smoak's friends lately, so don't get too discouraged by his lackluster numbers despite the frustrating results. (Happy?) Carter Capps struck some dudes out on nasty-looking offspeed pitches, and Eric Wedge put Charlie Furbush in for some reason. There were four Astros in the Houston starting lineup that I couldn't identify by their last names. I have a feeling this is going to be a recurring phenomenon. And you know what? I'm OK with that.