Win Expectancy Chart, courtesy of Fangraphs, for the Mariners at Athletics game on April 7, 2013. 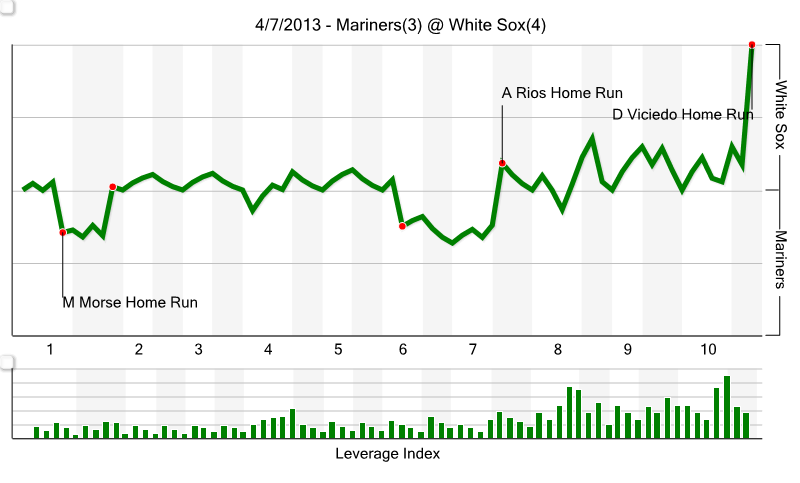 The player of the game by WPA was pretty clearly Morales, who had himself a nice night. Morse managed to erase all of the goodwill he might have earned with his home run by striking out four times. Iwakuma had a nice night by WPA, though due to the dingers FIP was far less kind. At least the Mariners kept Chris Sale from utterly dominating them, I guess, though the continued struggles of the Smoak/Ackley/Montero trio are pretty frustrating.