The Lure of the Dinger

The middle of the Mariner's order this year is capable of hitting the ball over the outfield wall, which is known as a "home run". But will this new strategy be enough to save a potentially long summer?

Share All sharing options for: The Lure of the Dinger

We're all aware that Mike Morse is not the perfect ballplayer, but what he does well he does very well. This isn't reflected so much in his numbers as the way he accumulates those numbers. He doesn't just hit home runs; he launches home runs. The fact that his home runs go a long way does not, in itself, help the team win. It does make the team more watchable. Mike Morse may or may not be good, but he is undoubtedly exciting. As fans, we face a season where expectations are, opening series notwithstanding, charitably described as "middling". Will Mike Morse help soothe that potential pain? Will dingers save us? 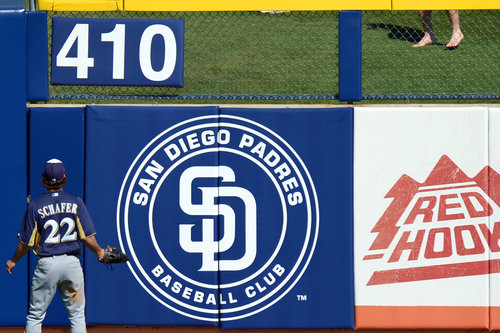 Unlike years past, some of the Mariners' bats are capable of misdemeanor-level harm. - by Scott Weber.

Human beings have a natural inclination toward variety. Perhaps it bears traces of our nomadic heritage, movement as our survival instinct; perhaps it's an unconscious resistance to the law of diminishing returns. In either of those cases (or many others), the concept of watching baseball year after year is as unnatural an act as pitching overhand. This is particularly true with losing teams. If the cliché holds that insanity is doing the same thing and expecting different results, how can we lay our hearts out for the same team that failed us thirty-five straight times?

This is why we have a Mike Morse. Mike Morse is flawed, yes, but he's flawed in a very new and different way than before. We as fans grew weary of the punchless, technically sound and undertalented team that graced our televisions for the past few years. So now we've been given an entirely new undertalented team.

It's essentially the same charm that exists in Carlos Peguero, only elevated to perceptible levels: the feeling that something, at any time, might happen. Finding ourselves behind in so many ballgames in the past, we've grown to need that feeling, miss it when it's not there. It's why we sometimes overlooked Ichiro's greatness and wished he were the power hitter we convinced ourselves he could be. It's the lottery ticket: we know it costs money to play, but we can't win the jackpot without it.

We could use a jackpot. We could use a 2011 Mike Morse, a hitter whose power and confidence feels unassailable, trustworthy. And for now, we're willing to overlook the 2012 model in our hopes.

This isn't wrong, or right. It's human nature. My job isn't to use numbers to crush your hopes as fans, though given the numbers I have to work with, that might happen sometimes. My job is to understand the narrative, not shape it. We will be Mike Morse fans this year, regardless of what we think of the process that brought him here. We want our team to win.

But whether Mike Morse is good or bad is immaterial; if you want projections, go look on FanGraphs and have a shot of whiskey ready. The question is whether Mike Morse will save us from another bleak September. Even if the Mariners lose, will they lose interestingly? Will it be exciting?

The concept of watching baseball year after year is as unnatural an act as pitching overhand.

Probably not. First of all, there's one big problem with the team's philosophy: what the Mariners will need are not home runs, but three-run home runs, and the OBP-challenged roster doesn't seem as though it will be setting its share of tables. Home runs are exciting, yes, but when the team is down four runs with no one on, they can only do so much. We saw this in the waning innings of last night's ballgame, when the bases, for the M's, remained perpetually empty.

But that's a matter of winning games, not making them watchable. So, as a sacrifice to you, dear readers, I actually did a little bit of research. Looking back over the past twenty years, from the beginning of the modern expansion era (and, through Lou Pinella, the Second Age of the franchise), I looked at attendance numbers and their correlation with various statistics.

Note: this is an informal study, fraught with statistical peril. First and foremost, remember what your undergrad statistics teacher chanted over and over again, waking you up in your lecture hall: correlation is not causation. Just because two things happen at the same time does not mean that one causes the other; it might be the other way around, or more likely, something else causes them both. Or maybe you should give up on your Western concept of cause and effect, and treat the universal as a guided whole! Maybe.

Also, attendance does not equal watchability. I watch plenty of games without going to the stadium, or even technically watching them, since I lean on the radio. Ticket prices and parking and the smell of garlic fries and a million other variables enter into attendance numbers, and economics is basically impossible and I can't imagine why anyone even tries. But we're here, and I've already made the spreadsheets, so let's just look at the numbers and stop equivocating. The numbers:

These numbers are surprising, enough so that one can probably assume I did some math wrong. But first, let's explain them. R-Squared is a number that determines how strongly two sets of numbers correlate with each other. A value of 1 means that the two sets of numbers align perfectly; as one goes up, the other goes up exactly the same amount. A value of 0, o the other hand, means that the two numbers have absolutely nothing to do with each other.

The value that these statistics are being compared to is Attendance/Average, or the daily attendance at the Kingdom/Safeco Field divided by the average daily attendance throughout the league. (This irons out a few wrinkles that might throw off our numbers, like the 1994 strike.) The stats on the left side of the graph are at around 0.5, meaning that there is a significant correlation between the two, but not a definitive one. The stats on the right are, in terms of our data, totally unrelated to attendance.

What we find is that a hit is as exciting as a home run, in terms of drawing in fans, when there's already a couple of guys on. The constant threat of scoring runs, having runners in scoring position and a good chance at a big inning, seems to correlate better with the glory years than actual runs scored themselves. We also find that for the Mariners, the previous year's record has more to do with how many people buy tickets than the current year's record. This makes sense, considering how many tickets are bought in advance.

But what we're looking at, ultimately, is a window only to the Mariners' brand of success, which in its heyday relied less on Sexsons and more on Oleruds. What about the correlation for the entire league? This article by David Gassko in 2008 returns an correlation of 0.37 between 1972-2007, putting it in the same realm as runs per game. My own numbers, which extend beyond the end of the steroid era (1993-2012), return a far lesser value of 0.10. The other factors that play into attendance numbers simply dwarf the importance of the home run, regardless of what SportsCenter would lead us to believe.

Home runs, in a vacuum, are aesthetically pleasing and make for good anecdotes. They don't, however, help build excitement by themselves. Recall the trident-bearing M's of the mid-80s, the Jim Presleys and Dave Valles, the kings of the Two True Outcomes. A solo home run is kind of a sad thing, when you think about it. Try not to think about it.