The Mariners are jumping over to the Windy City "on the way" back to Seattle. To help get us in the mood for a three game set with the Chicago White Sox, South Side Sox's Jim Margalus was generous enough with his time to answer a few questions.

Jon: After spending his rookie season in the bullpen, southpaw Chris Sale emerged as a staff ace in 2012, checking in with 4.8 fWAR, tied for the seventh most among pitchers with David Price and Zack Greinke. Has Sale reached his peak? Are there any concerns regarding his long-term production?

Jim: I don't think he's reached his peak, but that almost sounds greedy. If he turned in year after year of his 2012, I think everybody would be thrilled. But feasibly, he could turn in a year where his second half comes closer to his first, and that would be Peak Sale. Now that he has a full year under his belt, he might be better equipped to pull that off with regards to stamina and pacing. He's not lacking in know-how. He really knows how to use his pitches, and that's what makes him a good long-term investment.

The only concerns are the aesthetic ones -- his delivery is unusual and he's so skinny that when you see a photo of his delivery, it looks like his arm is a bungee cord about to snap. That's what seems to scare objective observers, but the Sox's medical staff and Don Cooper work well together, so Sox fans aren't worrying until there's an actual reason to.

Jon: Alex Rios had an excellent 2012 following pitiful showings in 2011 and 2009. What spurred the resurgence? 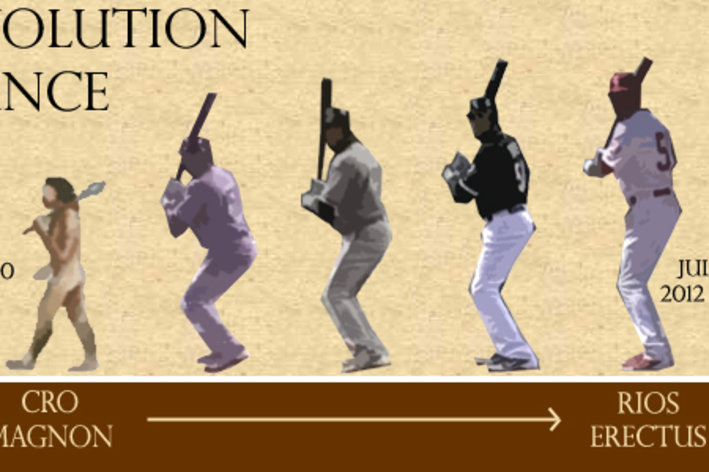 by Jim Margalus, South Side Sox

He somehow fell into this really weird stance throughout 2010 and 2011. His hands were just above his belt, his knees were bent, but his back was upright -- kinda like a guy playing a piano while standing.

It looked odd, and it worked for a little bit, but then he started pulling off the ball, and he couldn't cover the outside corner for anything. Grounders to the left side, popups to the right.

Eventually, he started standing more upright, opening his stannce, holding his hands higher. I'm not sure which elements helped more than others, but now his body's moving in the right direction, and he's able to cover the whole plate. When he connects, it's one of the more handsome right-handed swings in the game.

Moving from center back to right could have contributed to the cause, too.

Jon: Former top prospect Tyler Flowers, now 27, is finally getting a chance behind the plate following the exit of A.J. Pierzynski. What does Flowers bring to the table?

Tyler Flowers must bloom for the White Sox to win 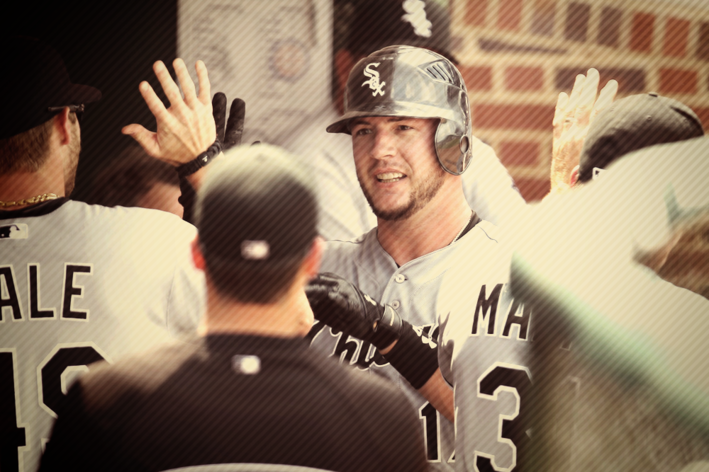 Jim: Brute force. He can go toe-to-toe with Adam Dunn in a distance competition, but his homers are more vicious, if that makes sense. He also prone to getting in strikeout ruts, so that's the tradeoff. If he hit something like .230/.320/.450, that would be great, because his defense isn't a problem. Flowers was once considered an offense-first guy who might have to move to first, but he really worked himself into a fine defensive catcher, with a surprising amount of lateral movement for a big guy, and a pretty good arm and release.

Jon: What White Sox player are you most excited to see in 2013's early goings?

Jim: Dayan Viciedo has the most untapped potential, because his bat speed is unmatched on the team, and he can send screamers to all fields. Problem is, he wants to hit too much, and he'll get in slumps where he's chasing everything or overswinging. On the flip side, he can carry a team for stretches, and that's what allows one to dream about a world in which he lays off enough crap to draw 45 walks.