Brandon Maurer has something to prove versus left-handed hitters.

Brandon Maurer put up the best start of his career his last time out against the Los Angeles Angels, tossing 6.1 scoreless with 6 strikeouts, 1 walk, and lots of ground balls.

That Angels lineup only featured one lefty, and that one lefty was the scuffling Josh Hamilton, so any satisfaction came with an asterisk. Maurer, as has been discussed, has relied on his fastball and slider while only using his changeup as a show-me pitch, and could struggle to get lefties out without developing it.

Through five starts he's surrendered 8 of his 12 extra base hits to lefties. Out of the 46 left-handers he's faced, the only one he's struck out Brett Walace.

The Baltimore Orioles are no Murderer's Row but will likely be rolling out several formidable lefties, among them Nick Markakis, Chris Davis, Nate McClouth and Matt Wieters. How will he attack them?

That's what I'll be watching for tonight. 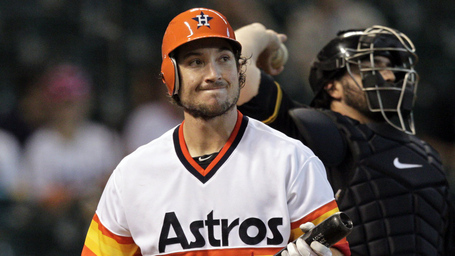 Jason Hammel goes for the Orioles.

In other news, the Mariners have signed Corey Patterson to a minor league deal. He'll be heading to extended Spring Training. With Casper Wells gone and Franklin Gutierrez out, we can hope that Patterson is merely seen as depth should something happen to Michael Saunders and/or Endy Chavez, and not part of "The Plan."

But we know better.