Stefen Romero heating up in Tacoma

The Mariners are looking for offense and the organization’s 2012 Minor League Player of the Year is hitting well while showing that he can handle a number of different defensive positions. Is he ready for the call?

Share All sharing options for: Stefen Romero heating up in Tacoma

Injuries and poor performance have really taken a lot of the hope and life out of the Mariners that was generated with their explosive offense in spring training. They’ve lost all three of their starting outfielders for at least some time with injuries, their gold glove caliber shortstop was benched after hitting even worse than he did last year - when he was one of the worst hitting regulars of the past decade - and their young starting catcher has been seeing increasingly less time do to his lackluster plate appearances.

The club isn’t going to make any drastic roster moves early, and if they do make a move to youth it could very well be one of their three young shortstop prospects that comes up first, as I covered in detail over on my site last week (subscriber piece). But there is another player who is making some noise with his bat in Tacoma of late, and he may be a perfect fit for the Mariners.

That player is Stefen Romero. Romero got a late start to the season after getting hurt in big league camp, straining his left oblique swinging in a game March 8th. The right-handed hitter was hitting a very impressive .500/.500/1.000 (7 for 14) at the time of his injury, but it kept him out of game action until his April 11th debut in High Desert. After playing five rehab games for the Mavericks, he was moved to Tacoma’s active roster and the Oregon State alum has continued to hit there for the Rainiers as he did in 2012. Through the conclusion of Sunday’s action Romero is sporting a .367/.406/.600 slash for Tacoma and his career mark is a very impressive .319/.369/.532 over 1,047 minor league trips to the plate in his three-plus seasons. More important to note, however, is that Stefen – who played every game he saw in the field in 2012 at second base – has started his last three games in left field for Tacoma. 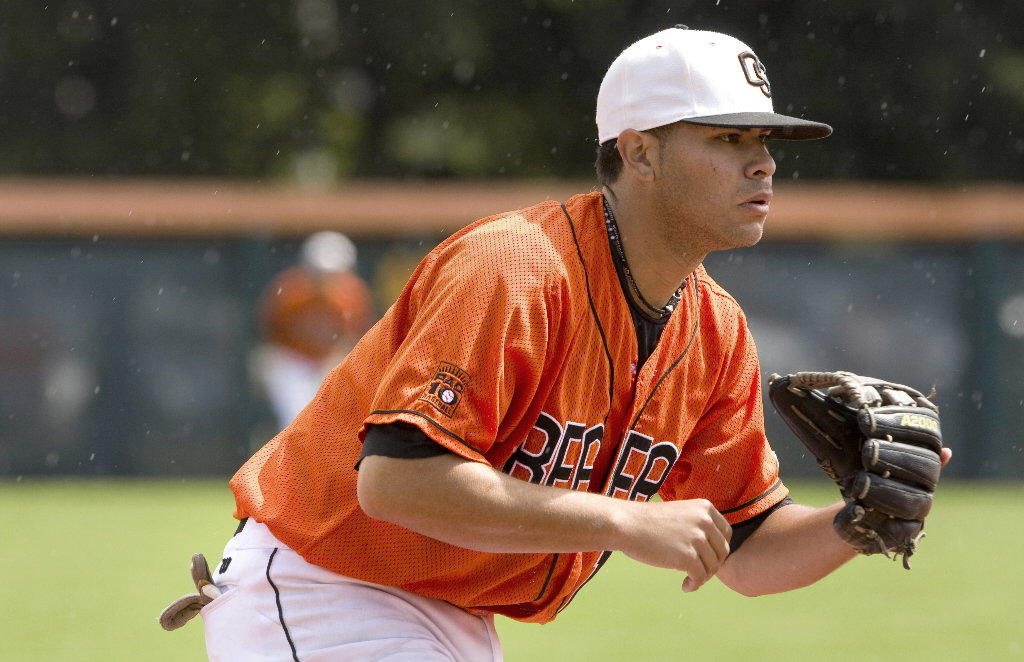 It is no secret that the Mariners have been hit hard by injuries in the outfield. And it also isn’t a secret that the club could use some more offensive firepower, and while no minor leaguer is a sure thing to produce, Romero’s track record as a professional and his mental preparation and approach to the game make him a very promising prospect.

"Having a strong mental attitude is very important," Romero told me Saturday. This has long been something that the 24-year-old believes in; he told me in my first interview with him last September that he was an avid reader of mental books such as Failing Forward and The Ways of the Peaceful Warrior. That mental strength is something that he believes can help him in getting to the big leagues and staying there, regardless of what position he breaks in at. "No matter what position I’m playing, I feel like I could always improve a little, regardless of my level of familiarity there," he stated. And on the outfield, or left field specifically – a position he has only played in 19 games at as a professional – Romero said, "It’s not so uncomfortable [of a position], to be honest."

Stefen has been working with Tacoma manager Daren Brown and Mariners’ minor league field coordinator Jack Howell on his footwork, routes and positioning quite a bit of late. Getting reps in during live batting practice helps, Romero says, and his athleticism certainly figures to translate well to the position. But he brings the whole thing back to the mental side of the game in saying, "You don’t have to be the greatest athlete [to be a good outfielder]; just know the situation, be prepared with what you need to do and be consistent in your execution." Consistency with a little bit of added youth and athleticism – Romero has stolen 28 bases the past two years in the minor leagues although he isn’t a true speed guy – could be a big add to the Mariners’ offense.

But Stefen’s bat will determine when he’s ready for the big leagues, and as he adjusts to the more advanced pitchers and pitching patterns in Triple-A, Romero is making mental notes. "Up here [with Tacoma] I am rarely seeing fastballs, even in fastball counts," he said, noting that Triple-A is filled with ‘crafty veteran’ types in their mid- to late-30s who boast a lot of experience. That is something that has stunted the advancement of a number of top prospects over the years, but Romero has thus far had little trouble. His mental preparedness certainly deserves some of the credit there, but Romero also has the tools to succeed as a hitter. "He has one of the quickest bats I have ever seen," said Chris Harris, the announcer for the Jackson Generals, who saw Romero up close and personal during last year’s second half.

If he continues to hit the way he has since being drafted while handling left field for Tacoma, the only place left for him to go is Seattle. And as the big league team continues to search for answers on offense, a call up could be right around the corner for Romero. "Hopefully it will be soon," he said, "but whenever the time is right, I’ll be mentally prepared; I’ll be ready."

--
Rick Randall contributes a bi-weekly column on the top prospect happenings in the Mariners system for Lookout Landing. Rick's in-depth daily detailed work on the ups and downs in the Mariners' minor leagues can be found at SeattleClubhouse.com.