Win Expectancy chart, courtesy of Fangraphs, for the Angels at Mariners game on April 27, 2013. 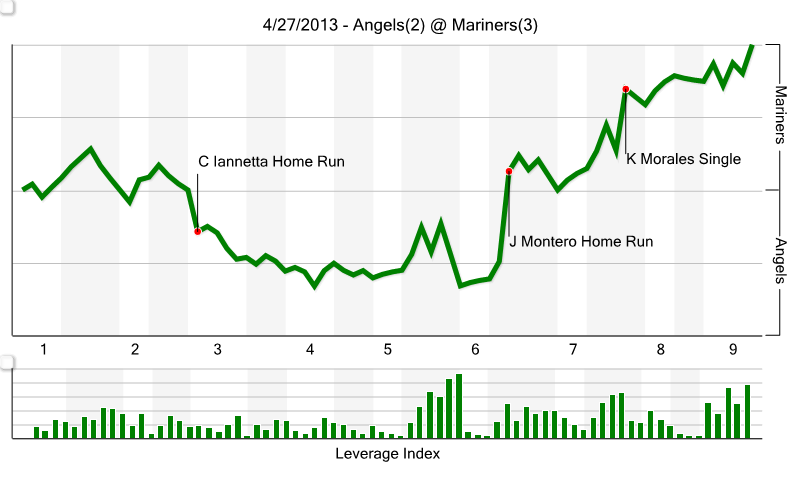 In retrospect, that game was really predictable. King Felix was good, Joe Blanton was bad, and the Mariners barely managed to eke out a victory despite a combination of bad luck and utter incompetence. Justin Smoak owes Felix Hernandez several rounds of beer, even though Felix is way richer than Smoak and can probably afford to buy his own beers. Still, how 'bout that Jesus Montero fellow?

1) Which Joe would you rather have in the Mariners' rotation, Joe Blanton or Joe Saunders?

2) Felix Hernandez is currently posting career lows in ERA, FIP, and xFIP. Write a haiku that expresses your emotions towards the King of Seattle.

3) What is Jesus Montero thinking in the below picture (courtesy of Otto Greule Jr)?