The Mariners bench numerous "core" cogs, start a below average major league pitcher against a quality lineup, and lose. To the amazement of all (none). 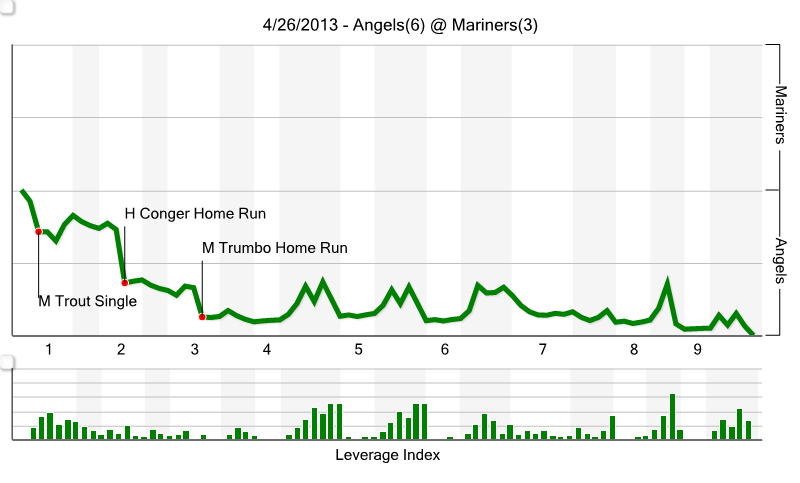 Jon touched poignantly, I thought, on the different ways we feel and root for the Mariners when we have to write about them on regular occasions. I doubt anyone that regularly covers the team enjoys their seemingly perpetual mediocrity. It's fun to be around a winner. If you're a fan it's fun as hell to root for a winner. Journalists are taught, correctly, to distance themselves from their personal preferences when reporting on the everyday goings ons of whatever team they cover. Unbiased, objective observation has long been the bedrock of any quality journalist, sports or otherwise. One of the appealing factors to following a website like Lookout Landing is that we are not constricted by such professionalism.

So, let me say, I am rightly pissed. The Mariners went 1-12 with runners in scoring position. The starting pitcher the team grabbed in desperation two weeks into the season, after letting a superior candidate go in Spring Training, has thus far been an abject failure. The lineup tonight was the lineup of a tortured soul driven to desperation by the continued failure of his prize possessions. Tonight was nothing enjoyable. It was everything being a fan of this team has been for a decade. Tonight was best summed up by Samir.

It's not losing. The Mariners were outclassed by the starting pitching matchup and the Angels lineup contains a resplendent collection of names that are fit for the finest courts in all the baseball kingdoms. It's, again, the 1-12 in scoring position. It's Eric Wedge sitting Jesus Montero again, despite his .830 OPS against LHP last year. It's sitting Dustin Ackley for ROBERT TAPDANCING ANDINO! It's Justin Smoak getting thrown out at home for seemingly the 50th time this year despite the ball never leaving the infield. The Mariners tonight called every play in the "how to annoy an already frustrated and angry fanbase" playbook.

Objectivity is a powerful tool. It grants us wisdom from the moment, separates us from the immediate in a way that's essential to differentiating us from the instinct driven creatures of the wild. Tonight, for whatever reason, that mental curtain was pulled back and I seethed and raged with the ferocity of a wild animal. Baseball is a game of sloooooow play but still, every now and then, we want a payoff. Preferably at a greater rate than one in twelve.