The Seattle Mariners return home for a four game set against the hated Los Angels Angels of Anaheim, California.

Share All sharing options for: Seattle Mariners vs. Los Angeles Angels Series Preview: Q&A with Garrett Wilson of Monkey With A Halo

It was a sad realization that the Houston Astros could have surpassed the Mariners in the standings with a sweep. Thankfully Felix Hernandez exists and protected us from that reality... for now.

The Angels now stand in that unfortunate position where a rough go could pin them between the Mariners and Astros. It's not that it's likely to happen for them, but just the mere possibility has to be disappointing for fans given some of the names on their roster.

Not that any of you feel bad.

Garrett Wilson of Monkey With A Halo helped me out by answering a few questions about his Angels.

Jon: It's easy to feel confident with three of the most well-known hitters in the known universe in the same lineup in Albert Pujols, Josh Hamilton and Mike Trout. How would you describe the expectations of Angels fans coming into the season? 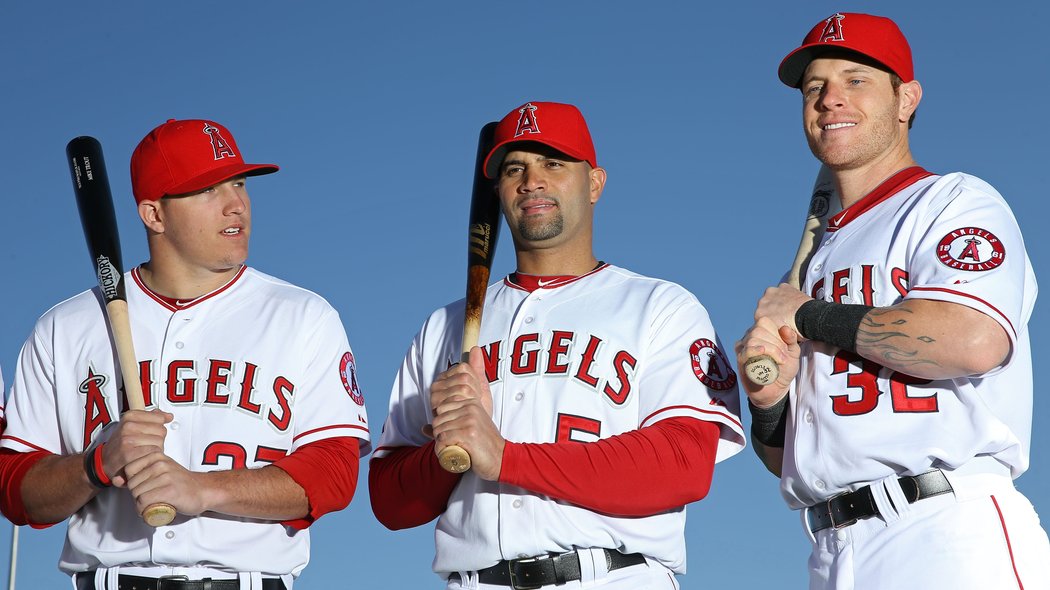 Garrett: I think the expectations were pretty high. The addition of Hamilton was an exciting one that I think inspired a lot of confidence in the fan base. That being said, I think it was a fragile confidence. Everyone was concerned about the rotation but I think a lot of fans had talked themselves into thinking they could be decent. Obviously that hasn't been the case and I think that is why the morale of the fans took a swan dive when the Angels stumbled out of the gate. Either that or we are just so well conditioned by having bad Aprils several years running that we went into a shame spiral as an almost Pavlovian response.

Jon: Pitching was expected to be the Angels' Achilles heel coming into the season and poor performances across the board have contributed to a sub-.500 record thus far. What are your biggest concerns now that you've seen the rotation turn over a few times?

Garrett: How many pages do you want me to limit my response to? Like you said, there was concern over pitching, but it has been even worse than advertised. I think Jason Vargas will end up being just fine, but Tommy Hanson certainly looks like we shouldn't be expecting anything different than what he was in Atlanta last season and that isn't very good. What has shocked me is how bad Joe Blanton has been. I knew he wasn't good, but he has been an absolute trainwreck and it is killing the team because the bullpen is so short-handed right now and he and the others can barely get through five innings. Then there is C.J. Wilson who I actually thought was going to have a big bounceback year now that his elbow is fixed, but that has been far from the case. If anything, he is worse and now we have to deal with his insipid Head and Shoulders commercials between 30-pitch innings. Finally, there is Jered Weaver. The broken elbow is unfortunate, but it distracts from the fact that he did not look like a frontline pitcher before he went down. There is not a lot to look forward to here other than maybe Garrett Richards, who it seemed like the club was ready to write off as a starter and now he might actually be the rotation savior. Oh, and the bullpen (which I like to call the Bullpen of Perpetual Sorrow) is a nightmare as well, but that has been the status quo for the last several years, so I am almost numb to it now. Almost. 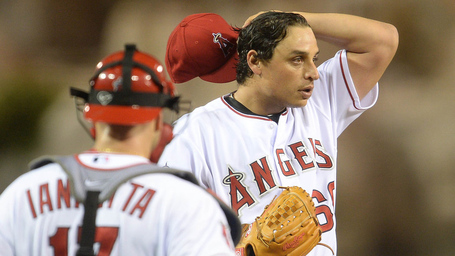 Jon: Pujols and Hamilton have not hit like superstars this month. At ages "33" and 31, respectively, how concerned are you about their production in 2013 and beyond?

Garrett: I wrote the other day that Pujols has actually shown some signs of recovery in his plate discipline after seeing his swing and contact rates erode a few years running, so I am cautiously optimistic that Albert will be able to squeeze a few more high production seasons out of himself. The problem now is wondering if his body will allow that to happen. I don't know if you have seen him run this season, but it is borderline torture porn at this point. [Ed. note: he has plantar fasciitis.] Hamilton has similar concerns and I really have no idea what to expect from him. He is just such a different guy than pretty much anyone else. Obviously he has had some real struggles dating back to last season, so there are red flags aplenty. I'd be lying if I didn't say that there is a very real chance that both of those guys are a shadow of their former selves by Opening Day of the 2016 season. Let's just say that it is probably a bad sign that when Pujols made a comment earlier this month that he'd retire before his contract was up if he felt he was no longer able to perform at a high level, the reaction from Angel fans was far more ebullient than you'd expect.