Contact/Approach - You won't see too many "grip and rip" hitters at North Carolina, and Moran is no exception. He has plus pitch recognition and a line drive swing that should allow him to hit for a high average as a professional.

Power - Moran's power was a major question mark coming into the year, but he's turned it on this season. If he had to move to first, his power production would probably be below-average, but at the hot corner he should get enough extra-base hits.

Glove - Moran has good arm strength and is sure handed, but doesn't have anywhere close to the range that would indicate he's a lock to stay at the position. He'll be given every chance to stick at third, but don't be shocked if he has to move across the diamond.

Speed - Not a huge part of Moran's game.

Why they would: The Mariners love players from the Mid-Atlantic, and even though the Mariners don’t have as much need at the position as they do at others, Moran would be great value at No. 12.

Why they wouldn’t: Moran plays the one position where the Mariners have someone hitting, and at this point isn't likely be around at No. 12. 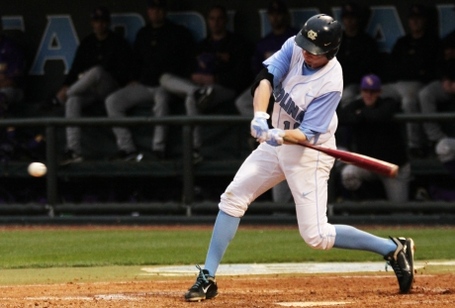 Next Up In Seattle Mariners Draft