Win Expectancy chart, courtesy of Fangraphs, for the Mariners at Astros game on April 23, 2013. 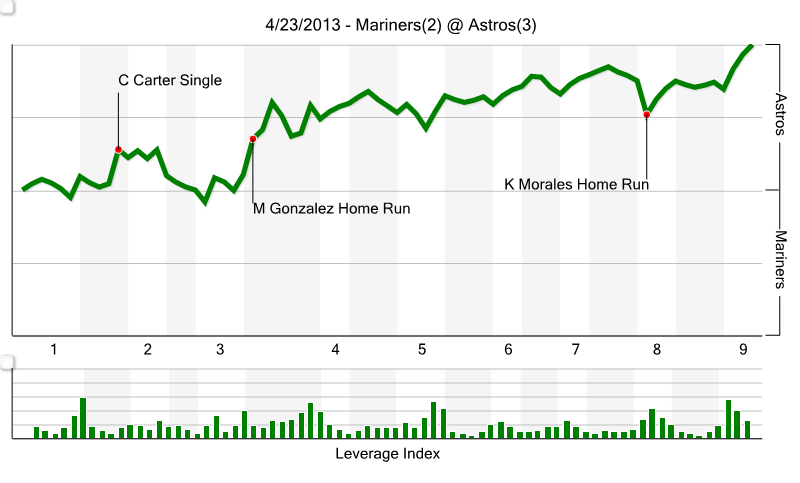 Ugh. Pretty frustrating to see the Mariners completely outplay the Astros and still get handed a loss due to some terrible sequencing. Well, terrible sequencing and Raul Ibanez. If he doesn't get something going soon I can't imagine he'll be sticking around much longer. Still, on the bright side, Hisashi Iwakuma continued to be ridiculously awesome with an 11 K 2 BB performance.

1) Dustin Ackley has been (to my eyes) hitting the ball a lot harder since ditching his newfangled swing. Do you think he'll have a good triple slash by season's end? Why or why not?

2) Kendrys Morales' Pitch F/X O-Swing% is down 7 percentage points from his career average. This has led to him posting a walk rate over 10% for the first time in his life. What do you think his future with the Mariners will be? What would you like it to be?