Last night the Mariners opened Safeco Field for opening day...on the road. How does the new Safeco look and how did the experiment work out?

When the Mariners announced they'd be opening up Safeco Field to the fans for an opening day viewing party, I was excited. I've been itching to get back to Safeco all winter long, and as the rest of the details came rolling in, it was an easy decision. Free parking. $5 beers. Giant video screen. Felix Hernandez. The Oakland A's, because that is apparently the only team in franchise history we are allowed to open the season against.

I arrived at around 5:00pm to grab a parking spot in the garage, which was fully staffed. Though they announced the doors would open at 6, considerable lines were already forming by 5. I walked down to Hooverville to meet some friends for some pre-game beers and by the time I made my way over, the lines had dissipated and I still got my True to the Blue T-shirt. Shockingly, they weren't all extra larges, and I could grab a medium. One point, Mariners.

Safeco was buzzing. There were twice as many fans as I expected (over 15,000, according to the Mariners Twitter feed). Considering I've managed to attend some of the lowest attended games in Safeco history the past few years, this felt borderline packed. As we made our way to The Pen, we stopped by the upper level of Edgar's Cantina, where there is now essentially a beer garden above the left field fence. There are beer taps inside this area, and just next to it is a new Edgar's Tacos stand with the Ethan Stowell name attached. Edgar himself was there to take pictures with fans, and the "Edgar's" branding is extremely prominent now, dominating the whole left field area, including a new sign above the scoreboard. Downstairs, the torta place (my favorite) has now been re-branded to Edgar's Tortas, and the new lower level Edgar's Cantina looks awesome now that it's open air instead of the slit in the wall, though I didn't get a chance to go inside.

The Mariners really went all out for this open house. All of the mid/lower level food and drink vendors were open, and all beers were $5 - even the good stuff. Pro tip: the best beer in the park is across from the burger place in The Pen, where they serve the hard liquor - if you can ignore the Diamond Knot IPA (we can do better in the PNW) the other microbrew offerings are excellent. Many of the fan attractions seemed to be open as well, including the radar gun pitch station. 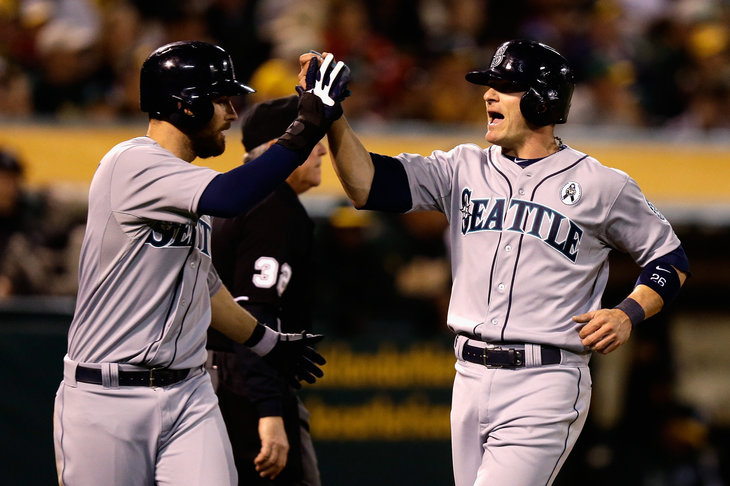 As I settled into my seat, the game began. That screen. Words can't do justice to how impressive the new big screen really is. Unbelievably clear and enormous. As we watched the game, the game was broadcast with the standard advertising blocks on either side of the screen, as I assume it will be during the regular season as well. But when they decide to put something full out on the screen without the ads, it is gigantic. The picture is more clear than you'd think possible. There's no doubt that it significantly adds to the fan experience, whether you're into replays or just there for the hydros.

Overall, the open house was a resounding success. It didn't feel like a viewing party, it felt like being at the game combined with hanging out at the best Mariners themed sports bar possible. The staff gave out K cards and there were K chants for Felix, the atmosphere felt worthy of opening day. The whole event was incredibly well organized. I'm not sure if the team made any money with this, but I'd certainly go to these events multiple times a year if they kept admission/parking free. I hope that the Mariners organization continues to have these viewing parties not just for the next 20 consecutive road openers in Oakland, but other big games as well. Hats off for a job more than well done.