Share All sharing options for: Seattle Mariners vs. Detroit Tigers Series Preview: Q&A with Rob Rogacki of Bless You Boys

The dread displayed by Seattle fans leading up to the Mariners' series against the Chicago White Sox earlier this month is currently being replicated in Detroit. The Mariners are that team for Tigers fans. Check out some of the comments in Bless You Boys's version of this post linked towards the bottom. The Tigers have been perennial World Series contenders while the Mariners have been the joke of the American League, yet Seatte's nine bested the Tigers' in five out of six matchups last season and hold a 16-8 record since 2010.

Rob Rogacki of the aforementioned Bless You Boys answered a few questions to help get us ready for the Tigers.

Jon: Few expected Doug Fister to be anything more than a back of the rotation innings eater-type, someone whose value came from pounding the zone and letting his fielders do the heavy lifting. Fister began showing signs that he might have a little more to offer in the early part of 2011, but didn't have his coming out party until after arriving in Detroit. How good is the Tigers' version of Fister? How does he attack hitters these days?

Rob: Fister's approach hasn't changed much since his days in Seattle. He still likes to get ahead with his two-seam fastball. He threw the two-seamer on the first pitch of an at-bat over 60% of the time last season. He likes to use his curveball when he gets ahead against both right and left-handed hitters, but still has a very even approach with two strikes. In those situations, he will throw all four of his pitches (two-seamer, cutter, curve, and change) to all hitters. This is probably his biggest change since his days with the M's, where he was more reliant on his fastball with two strikes. I'm not sure if this is the sole reason for his jump in strikeout rate over the past couple seasons, but I'd imagine that it plays a large role.

Jon: Felix Hernandez set the bar for premier pitcher contracts by re-upping with the Mariners for $175 million. This total was bested just six weeks later by Justin Verlander, who is three years older. How well do you think Verlander's game will age?

Verlander, Felix, and How Far This Will Go 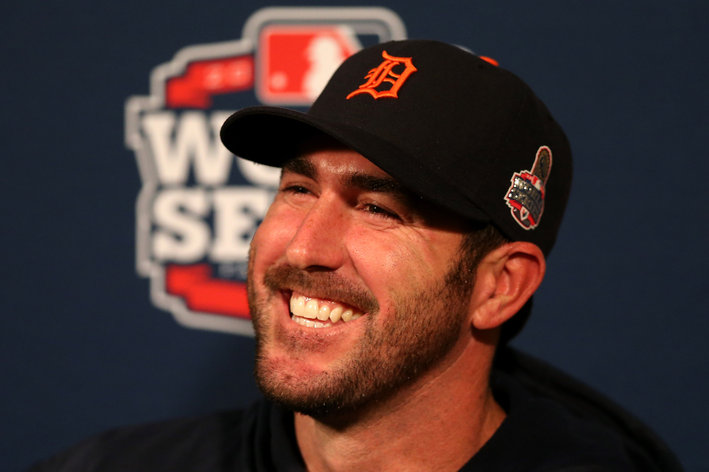 Justin Verlander has a new contract to become the latest highest paid pitcher in baseball history. How much risk does it carry compared to the King's, and how crazy are the Tigers? - by Scott Weber

Rob: A few years ago, I would have been terrified at the thought of giving Verlander a contract extension through his age 37 season (pending a vesting option for 2020). Now, I'm a lot more comfortable with the idea, and that's not just because he won 24 games in 2011. Early in his career, Verlander used his high-90s fastball to blow away opposing hitters. Over the past few seasons, he has changed his approach. Now, he starts out the game with a fastball in the low 90s and build up his velocity as the game goes on. He can still hit triple digits in the later innings when needed, but doesn't rely on that velocity to get batters out all the time.

His mechanics will also play a big role in his longevity. Verlander has an easy, repeatable delivery that allows him to throw 120+ pitches in every start, and is a big reason why he hasn't had any arm troubles in his career. There's almost no chance we see the same pitcher at the end of the decade that we see now, but I don't think it's a stretch to predict that he will still be an effective starter later in his career.

Jon: I thought Austin Jackson was overrated as a prospect when he was coming up through the Yankees system, but he broke out in a big way last season, hitting .300/.377/.479 and accruing 5.2 fWAR. Was the jump simply the result of experience and improved plate discipline and contact skills? What's next for the center fielder?

Rob: Jackson's improved plate discipline played a huge role in his breakout 2012 season. After striking out 351 times in the first two years of his career, Jackson was able to cut his strikeout rate drastically by changing his swing. Specifically, he cut out a big, wonky leg kick that threw off his rhythm, especially with two strikes.

The change in stride shortened up his swing and kept the bat head level through the strike zone. It also resulted in a big improvement in his power, increasing his ISO from .125 in 2011 to .179 in 2012. I'm not entirely sold that the power is here to stay, but I think he will still provide 10-12 home runs per season.

One thing that a lot of people want to see from Jackson is improvement on the basepaths. He only stole 12 bases last season and needed 21 attempts to do so. A 57% success rate is way too low for a player with Jackson's speed. He might never steal 40 or 50 bases with the Tigers because of the big bats behind him, but adding that dimension to the offense could help prevent some of the dry spells we saw out of the Tigers in 2012.

Jon: The Tigers have a top tier payroll, a powerhouse offensive lineup, and a strong starting rotation. What do you think is their biggest obstacle that could hinder a third consecutive deep playoff run?

Getting to know the new Lookout Landing 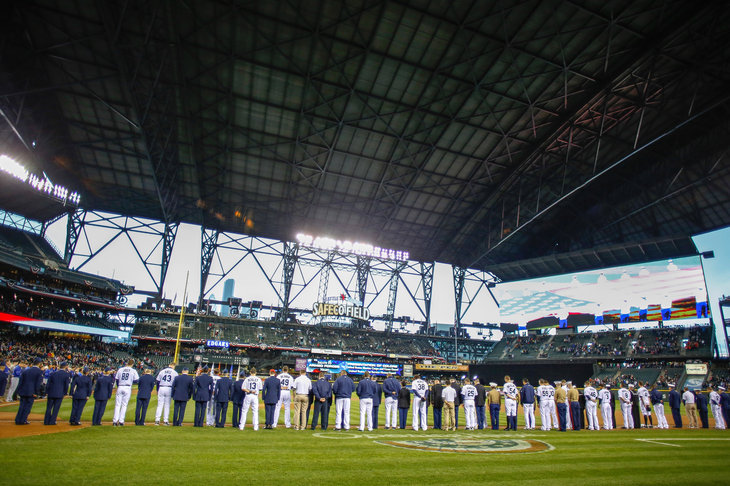 Rob: I really tried to find another answer to use here, but it has to be the bullpen. The disappearing act from the offense in the World Series appears to be an afterthought with Torii Hunter and Victor Martinez replacing Delmon Young and Brennan Boesch during the offseason, and the defensive upgrades provided by Hunter and Omar Infante will not go unnoticed by season's end.

As for the bullpen, the unit has already cost the Tigers three games this season, including a couple of walk-off losses. The bullpen's 3.26 FIP is encouraging, but they are walking an astounding 6.17 batters per nine innings this season. Most Tigers fans are hopeful that these are just some early season jitters, but there is a vocal minority already clamoring for a roster move to bring another reliever or two into the fold. The much-maligned Jose Valverde was recently signed to a minor league deal and can opt out of his contract on May 5th if he does not make the major league roster by then. If the Tigers pen doesn't get its act together within the next week, I think it's a near-guarantee we'll see Valverde back in the majors very soon.