Win Expectancy Chart, courtesy of Fangraphs, for the Rangers at Mariners game on April 12, 2013. 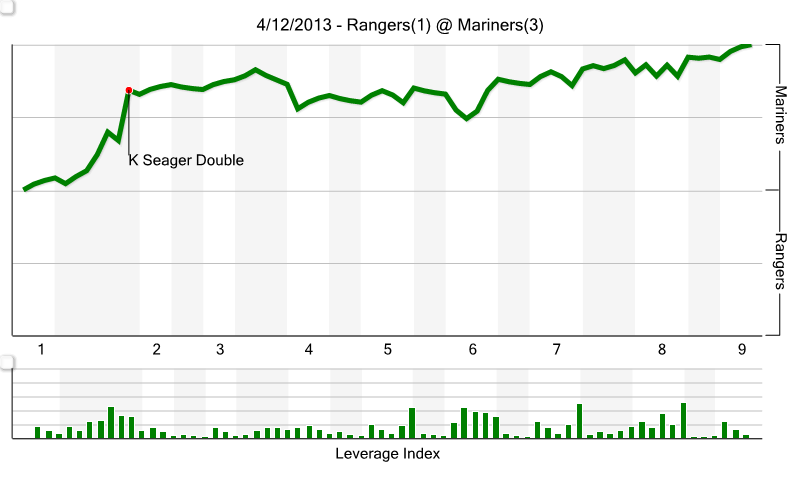 Instead of a dull restatement of things you could've just seen in the tables, I'm going to try something different with the Chart thread tonight. This is your postgame On-Topic Discussion until the recap comes out. Have a few prompts.

1) Ackley came to the plate a couple times without his hitch tonight. He also hit the ball harder than he has in a while. Coincidence?

2) Stephen Pryor had a rather lackluster outing, in my opinion. What differentiates a good Pryor outing from a bad Pryor outing?

3) When Saunders comes back, the Mariners are going to have to ditch a reserve outfielder. Who should go: Bay, Ibanez, or Chavez? Why?