On the Fan who Caught the Baseball with His Beer

Share All sharing options for: On the Fan who Caught the Baseball with His Beer

We are this man, and he is us.

This man, a Mariners fan who caught a baseball with his beer and then quickly drank all of the remaining contents with the ball still lodged in his cup, he does so with the weight of the entire fanbase on his slender shoulders. When we look upon him, we see ourselves reflected off his sud-stained chin. As his chest dampens and grows cold, so do our chests dampen and grow cold.

The catcher of the ball, the chugger of the beer, is a fan at a Mariners game on a Wednesday night in April. The temperature is biting and the wind uncaring. The stadium is almost empty. He is one attendee in a piddly puddle of attendees who make up perhaps the smallest number of stadium-goers in Safeco Field history. The Mariners are playing the Astros and they are losing. They will lose. They will lose just as they had the night before.

A player has been hurt and left the field, and the underwhelming Mariners continue on as they have for some time. On a frigid night, as the wind swirls, with few companions surrounding to ward off the freeze, this man stays. He stays with a handful of friends and he sips on a fresh beer. He discusses a baseball game not worth discussing. He shivers but he does not leave. He waits, hopes, for something to happen.

In Memoriam of Seattle's Forgotten Team 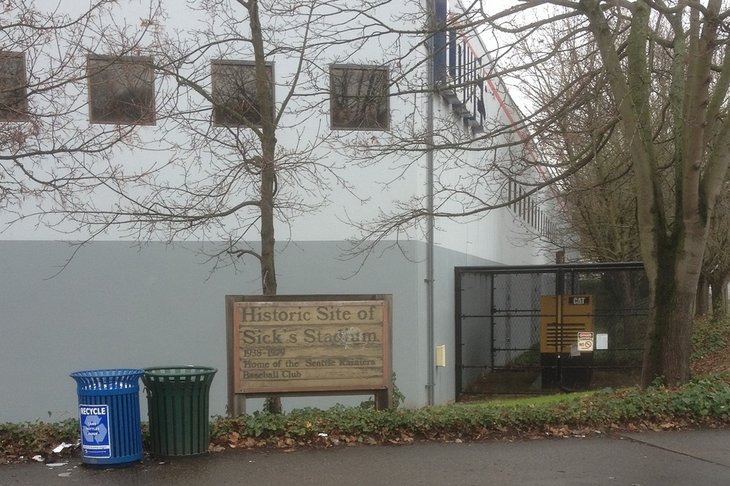 Mourning the Pilots. - by Patrick Dubuque

Something does happen. A baseball leaves the field of play and spins toward the man. He does not hesitate. He reaches, he years, he leans forward with his cup of beer which is no longer a cup of beer but rather an extension of himself, a limb with a singular present utility, ordained by fate and the gods of sport to catch and retrieve that god-damned baseball.

The baseball enters the cup of beer. Some is spilled but not all. The man raises his prize to the few who remain and they cheer. He puts the beer to his mouth and he drinks, tipping his head back to hasten pace—the beer on his bust cold, but not now. With the liquid imbibed and the man's heart full, he pours the baseball from his cup and takes measure of his accomplishment. His accomplishment is large, it abounds. For a moment, life is pure and present and meaning ruptures the seams.

We are this man. We stay, we watch, we brave the cold and the emptiness and we stare into the void of teal and we wait. We hold a beer in our hand and we reach towards something.