The Seattle Mariners set their Opening Day roster Sunday afternoon by designating outfielder Casper Wells for assignment. The Mariners have 10 days to trade, release or attempt to outright Wells to the minors.

Few observers in this sector of the Internet prefer Jason Bay to Casper Wells. The argument for Wells is an easy one to make: 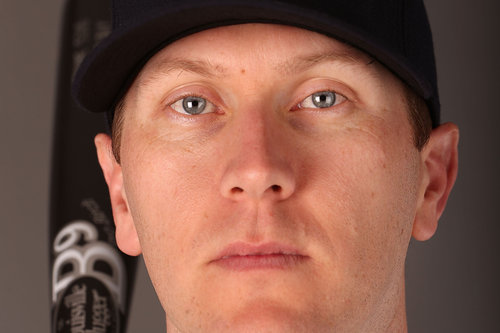 The Mariners are looking for any and every reason to keep Jason Bay around. At least he seems like a nice guy? - by Kyle Davis

However, there are at least two ways that this decision winds up looking OK for the Mariners, neither having to do with Bay's performance. 1) The Mariners receive more in trade than most are expecting. The difference between Wells and Bay plus the trade return has the potential to be more valuable than Wells alone. 2) Wells makes it through waivers and is stashed in AAA Tacoma. Wells may still be the better option, but the opportunity to see what Bay has left while holding onto Wells would be a good position for the Mariners to be in.

Neither of these outcomes seem likely, but we'll find out soon enough.

In the end, it's probably not worth getting overly worked up about this decision. The process isn't sound from our point of view but the difference between the two players, or even the difference between Wells and whoever replaces Bay should he falter, is negligible considering the job description. This will not be a move that defines the Mariners' season and more than likely will be a decision that we forget was such a major point of discussion.

This has potential to be a strong rotation, especially in front of a good Mariners defense, but more potential to flop and be the Mariners' biggest weakness. A few questions: What can we expect from a full-season of Iwakuma? How will the new-look Safeco Field play for Saunders and his flyball approach? Who will falter and open the door for Erasmo Ramirez and Danny Hultzen? 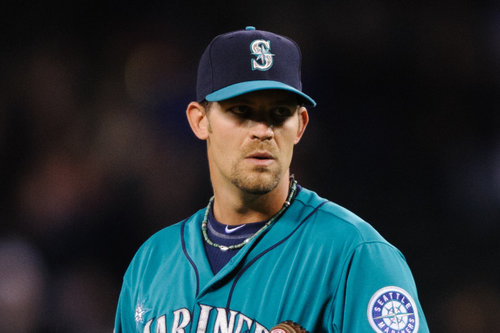 The 2013 Seattle Mariners bullpen has an unusual number of specialists. - by Logan Davis

This relief corps has some serious firepower and interesting reinforcements waiting in AAA. Questions: If Capps emerges as the closer-in-waiting, how long before the Mariners consider trading fan favorite Wilhelmsen to try and fortify a weaker area of the organization? How will manager Eric Wedge utilize three lefties? Do the Mariners need a traditional swingman/mop up guy?

This team needs a lot to go right in order to make noise in the American League playoff race. Regardless, this appears the most confidence-inspiring 25 we've seen in some time.