Franklin Gutierrez could put health problems behind him

Is Gutierrez injury prone or unlucky? Both?

Share All sharing options for: Franklin Gutierrez could put health problems behind him

"If I ever saw myself saying I'm excited going to Cleveland, I'd punch myself in the face, because I'm lying."

Back in 2006 Bill Bavasi sent Shin-Soo Choo and Asdrubal Cabrera to the Cleveland Indians for a first baseman and a muppet. Choo would go on to put up multiple 5+ WAR seasons and Cabrera made the All-Star team, while the first baseman left a life of not getting hits for one of not making hits and the muppet took a job analyzing baseball on television.

It made about as much sense then as it sounds in retrospect. Indians fans pointed and laughed at Mariners fans. Mariners fans had no response.

Then the Indians gave the Mariners Franklin Gutierrez for Luis Valbuena and Joe Smith. Gutierrez was a swell player for the Indians in limited time, but who needs a great backup center fielder when you've got captain hero Grady Sizemore?

Gutierrez emerged as one of the premier center fielders in the game just as Sizemore's career began to disintegrate. Indians fans asked for take-backsies on the trade, GM Jack Zduriencik didn't return their calls because why would he, and Mariners fans dove into schadenfreude as they pointed and giggled and basked in the sweet sunlight of a surprise winning season.

Gutierrez was rewarded with over twenty million smackeroos.

Three full seasons have since passed. 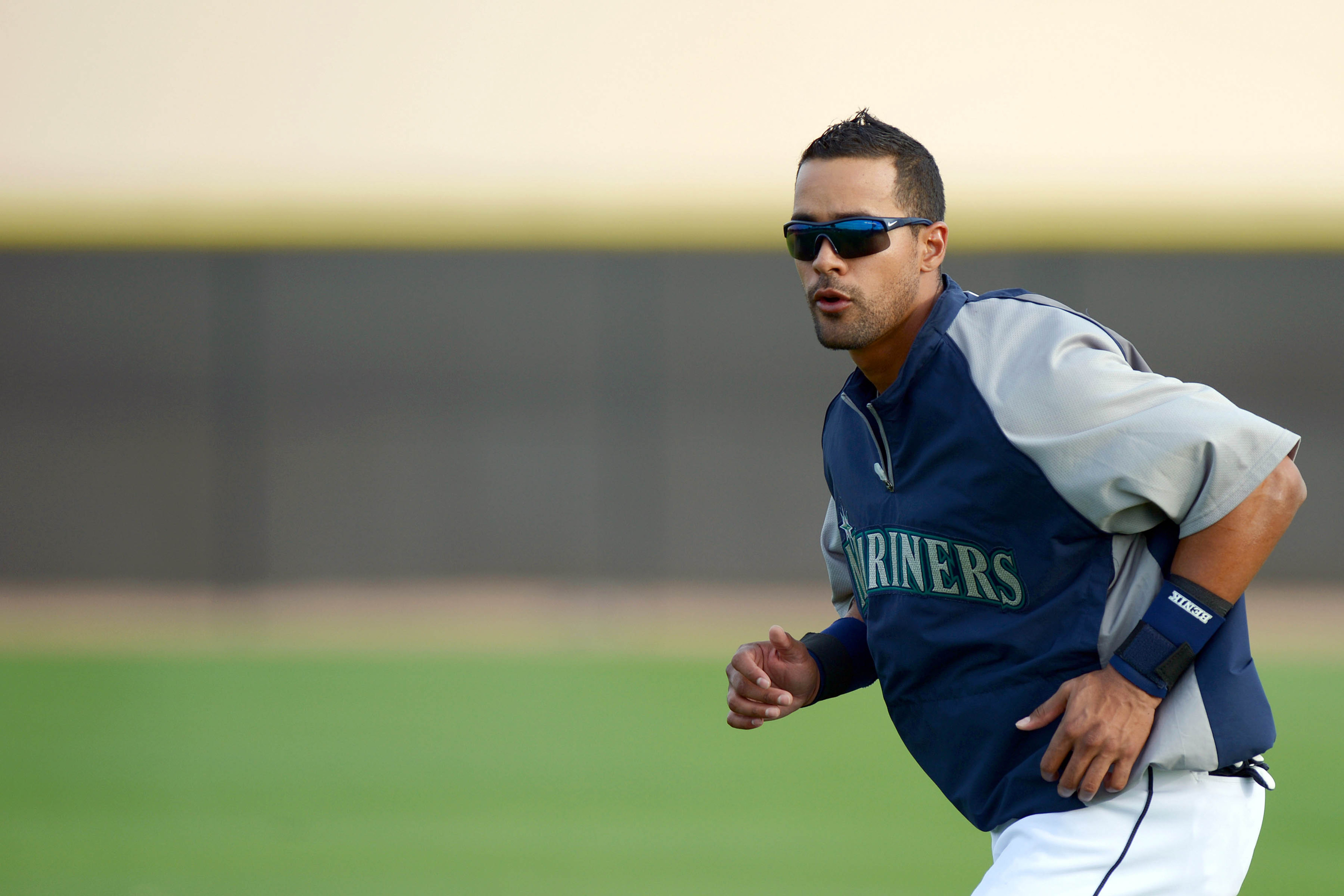 My mental image of Franklin Gutierrez is that of a piece of glass. He is Chris Snelling-lite. There is always something with that guy. But that's disrespectful to Snelling, who should be applauded for what he was able to accomplish despite being literally made of glass. His glass bones broke. His glass ligaments crumbled.

My perception of Gutierrez -- influenced by the multiple DL stints, the haggard, baggy-clothed string bean we saw take the field a couple years back, and his cautious handling by the Mariners -- is that he's the embodiment of fragility, the latest gifted athlete whose body could not withstand the rigors of his trade. Never mind a late stop sign from the third base coach or an unpadded Comerica Park outfield wall; any quick movements could lead to a lost season.

But while I'm certain that I'm not the only one who views Gutierrez in this way, the perception is probably an inaccurate one. Let's lay it out:

Some shoulder soreness and back stiffness peppered in here and there, but nothing major.

No recurring major muscle injuries and no bone or ligament damage for Gutierrez, which is almost surprising considering the way he is perceived and the way he sacrifices his body on defense. The stomach issues should be behind him and the concussion was obviously a freak accident, while the oblique and groin injuries wouldn't have seemed like such big deals if he hadn't missed so much time with the pectoral tear.

Gutierrez could prove to be injury prone and the Mariners' latest sob story of what could have been, but he's probably not there yet. Without reoccurring injuries or structural damage, it's not unreasonable to think that he could be an everyday player again, and in a couple years look back on the span between 2010-2012 as a string of lousy luck and bad timing. Only time will tell.

Death to Flying Things showed some signs of life during the short while he spent on the field last season and is now just a few days away from beginning a season fully healthy and on schedule for the first time since his breakout 2009. He's had a rough go of it but he seems to be on solid footing and in a great position to reestablish himself as one of the Mariners' most valuable players.

All things considered, it's hard for me not to feel optimistic about Gutierrez's season. How many teams' fans would love to see one of their stars ready to roll on Opening Day after toiling in a whirlpool of hurt, and to be able to play without bulky knee braces or a hitch in their gait?

Gutierrez has it pretty good compared to guys like Snelling and Sizemore, whose careers are on the shelf despite being the same age. We'll take it, he'll take it, the Mariners will take it.

What are your expectations for Guti in 2013?