Brandon Maurer has earned a spot in the starting rotation, and Blake Beavan also joins him.

Brandon Maurer has managed to beat out all other rotation suitors to claim a spot in the Mariners rotation. Blake Beavan also makes the rotation as expected, which means Jeremy Bonderman is heading to minor league camp. Maurer is already on the 40-man roster, so no corresponding move needs to be made.

Maurer becomes the first Mariner pitcher to jump straight from AA to the opening day rotation since Mike Hampton and John Cummings in 1993, according to Ryan Divish. Maurer impressed Mariners brass this spring with his polish and command of five different pitches, and struck out 22 batters in 20 innings with an OppQual of 9.1. The promotion finishes off a meteoric rise through the Mariners organization for Maurer, who struggled with injuries before turning in a very good 2012 campaign at AA Jackson in which he had a 7.65 K/9 and an impressive 3.05 FIP, allowing only 4 home runs.

It was generally expected that Blake Beavan would make the rotation. He has a sort-of new delivery, and maybe it matters, but probably not. In general M's fans are more optimistic in believing in a breakout after we witnessed Doug Fister come from middling strike-thrower to something much more with changes in his delivery. I haven't seen anything from Beavan to indicate he's on a similar path, mainly because that path is borderline impossible, but he'll get his shot. The chances of Beavan ever becoming something that isn't what he already is are slim. He'll actually open as the #5 pitcher, which may mean he's the guy to go when the team feels Erasmo Ramirez is ready. 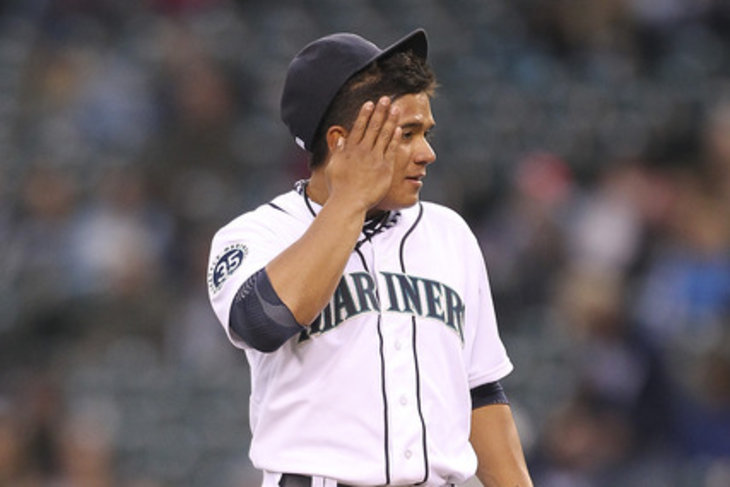 Baker reports that Erasmo is AAA-bound.

It's Jeremy Bonderman's final chance, who can now open those curtains and face his future. Bonderman had a final unimpressive outing and was yanked in the 6th with his velocity sitting in the mid 80s yesterday. He simply isn't ready to be placed in a major league rotation at this point in his comeback attempt. The chances of him accepting a minor league assignment are high given the investment both sides have made with each other. The Mariners may need Bonderman down the stretch to fill in some innings once guys like Maurer or Hultzen hit their inning caps.

Get excited. We have no idea how Maurer will handle his first real crack at experienced hitters. He could keep defying the odds and make the Mariners look brilliant for their aggressive strategy, or he could get shelled and get sent down. It's a risky yet bold move, and Maurer has done all that he can to earn the spot. Still, there's concern that he could get knocked around and develop some bad habits to just try and get by. I hope the Mariners are careful in monitoring his approach and how he handles adversity.

Now we all have to learn to spell Maurer the right way with that extra r, despite a decade of spelling it without. Thanks for that, Brandon. And welcome to the show.