I've been working on drafts concerning topics that I consider somewhat weighty. If I can edit them into coherent shape at some point there'll be a piece touching on the resurfacing steroid issue and one that could be sort of a companion piece to Jeff's Perspective post from last night. They've both been ratting around in my brain for a while — I tried putting up shelves but couldn't figure out the Ikea instruction sheet — but I think they both deserve more focus than a typical Mariners-related LL piece which we can usually bang out in 30 minutes between shot gunning beers and getting ripped.

Alas, it is Friday and try as I might, my willpower does not want to cooperate with the notion of taxing creative work and tedious editing. Jeff will probably pick the low-hanging fruit of Miguel Olivo going to the Reds so I went searching for something less relevant to write about. It's important to get something, anything, accomplished each day so that I don't feel like a total waste of natural resources.

The Monday random topic post touching on beer and nostalgia seemed to go well. Of course, that one was a surefire hit. Lookout Landing's affair with beer and alcohol in general has been well established, formally dating back almost exactly six years ago in the first epic off topic thread in LL history.* It is less established but I am betting that there's a similar level of latent interest in dogs; because dogs are freaking awesome.

* Be warned for that thread contains gratuitous examples of horrible, horrible posting.

I love dogs. I grew up with one at all times until I left for college and I am not exaggerating in the least when I state that I feel a big hole in my life not having one since. I'm cursed by the awareness that my mid-to-late-20s (boy that's getting depressing) lifestyle of urban apartment and extended travel is utterly at odds with the sorts of dogs that I adore. So until something in my life changes I try to make do by latching myself onto other people's dogs whenever possible. 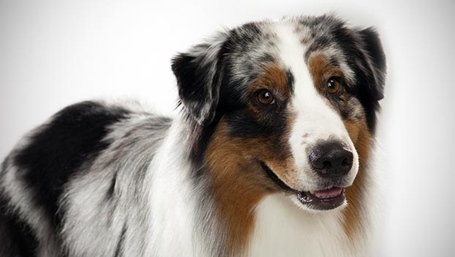 Beyond just their ceaseless loyalty and exuberant companionship, dogs are proving to be wonderful subjects of research. DNA evidence has shown that dogs branched off from grey wolves at some point thousands of years ago. How that domestication began is subject to some interesting theories including that self-selection was involved; that the tamer wolves more adept to living closer to early humans succeeded better by feeding off our scraps. And that might have touched off an evolutionary cycle.

There's also been a great and fun amount of research into how dogs, and other animals, think and how intelligent they might actually be. Some of the most cunning dogs tested can demonstrate large vocabularies and elementary reasoning skills. Crows have been shown to not only make and use simple tools, but also engage in the complex thought required of sequential tool use.

This Sunday many people will tune their flickering image box to the Super Bowl in New Orleans. The past couple years I've spent that Sunday in a place with multiple TV sets and one of them has always been on the other, actually far more important, contest being broadcast, Animal Planet's Puppy Bowl. 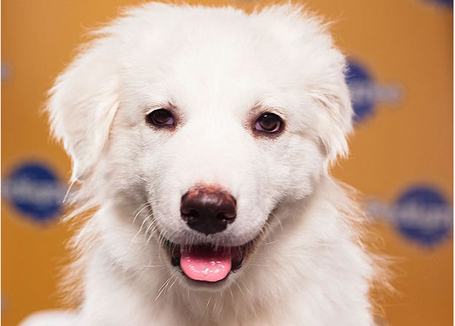 If you don't know what it is, what the hell is wrong with you? And here's a video link to inform you. A while back I was browsing the official site and got distracted by this find your perfect dog breed selector quiz. I didn't learn much of anything from it, I already have a long thought out list of breeds I love,* but I could and did end up spending hours just browsing through pictures.

There's a full run down (with pictures!) of all the puppies involved in Puppy Bowl 9. Or, if you prefer, here's a story about a man taking care of 27 bear cubs (with a witty first comment to boot). Really, the possibilities are wide open for discussion here. It is Friday afternoon so try and enjoy some animal cuteness before your cold black heart eventually kills you.

This is totally not an invitation for Scruffy to post lots and lots of GIFs of his dog.