The Mariners and Robinson Cano didn't get a deal done last night, and Jay-Z may have overplayed his hand. I don't think this deal is as dead as others do.

The Robinson Cano saga continues and last night ended in disappointment, according to Mark Feinsand of the New York Daily News. Talks between the Mariners and Cano's camp didn't result in a contract being signed, and Feinsand claims that the deal is dead.

According to Feinsand, the Mariners were under the assumption that they were going to be able to reach a deal, going far and above what Cano's perceived market was. But Jay-Z acted in a way that offended Mariners officials, and asked for a whopping 10 years, $252 million for Cano - the exact deal that Alex Rodriguez took with Texas when he spurned Seattle.

This knife-twisting ploy made Mariners CEO Howard Lincoln "explode," and the offer died on the table. Here's the choice quote from the story.

"It doesn’t look like we’re getting him," a Mariners source said, adding that Seattle did not seem inclined to reignite talks with a player that clearly didn’t want to go there.

One of two things seems pretty evident. Either Robinson Cano never really wanted to go to Seattle and tried to use them for the Yankees to up their offer, or Jay-Z overplayed his hand, and the Mariners refused to be toyed with. Either way, Cano and Jay-Z may have just made a huge mistake, because if the Mariners are indeed stating that they're out, Cano has lost his leverage against New York, who now shouldn't feel any pressure to get a deal done soon. There appears to be no other suitors at the moment, especially none who were so willing to offer a massive deal over market value to get something done.

It's disappointing on a number of levels. The past few days have been ridiculously fun, and it's the closest a superstar free agent has ever come to signing with Seattle - but in the end, all of our worst thoughts were realized. If they haven't left yet and take today to re-consider, there's still a chance something could get done - if Jay-Z and Howard Lincoln can swallow their pride and realize that this is financially in the best interest for both parties. 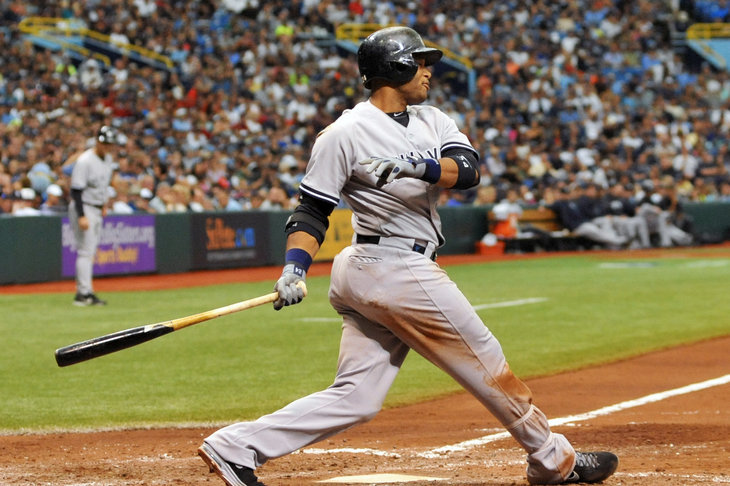 Keep up on all the developing news and analysis as the Mariners attempt to sign Robinson Cano.

Jay-Z is a rookie, and he's in over his head. He tried to dance with Howard Lincoln, who Colin reminded us last month used to be a cold-blooded killer in negotiations from his days with Nintendo. The Mariners were already being incredibly generous, and when Jay-Z tried to push his luck, boom. Done. I feel a weird sense of pride in Lincoln's reaction. This franchise has been continually mocked and walked over for years, and even though the Mariners are clearly desperate to add talent, they won't let themselves be taken advantage of by a star and his agent who think they can do whatever they want.

I don't think this deal is quite as dead as others do. Cano has nowhere else to go at the moment and his payday is about to shrink, not rise. This failed negotiating ploy looks very bad for Jay-Z, and if he ends up accepting a deal for less than $225 million, it's going to look awful. Money is the bottom line for prospective clients, and if Jay-Z shows that he's incapable of getting the most possible money for his client because he overstepped his bounds, what will that do for his career in the business? What will it do for CAA? This isn't a regular client. This is a massive, bonafide superstar from the biggest market in the world.

Ken Rosenthal tweeted this morning that the two sides are still negotiating, which means that Jay-Z is starting to grasp this exact reality. I'm starting to wonder how they're going to get themselves out of this without putting pen to paper, and soon. Whether the report about Jay-Z's demands and Lincoln's blowup are true or not, this is a PR disaster for the two of them. If I had to make a guess, I would bank on Cano and the Mariners settling on a deal somewhere around $235 million, and soon. It's not because I'm a wild optimist, and it's not because I'm a fan. It's because I now believe it's the only move that makes sense for Jay-Z and Cano.

When those two got on that plane, they had to know that leaving without a deal on an offer that was public information meant that they had to get more than that in the future. Unless they have some indication or blind faith that they're going to eventually get it, I don't see how they can walk away from this offer staring them in the face. The two sides have had the night to cool off, and should sit down at the table once again. Consider the source who said he didn't think the Mariners were going to get Cano after last night. Surely, he felt the frustration and anger from the M's brass as well as his/her own. Emotions are fleeting, but business is business. Howard Lincoln is a business man.

What Jay-Z and Cano did was bad business. This isn't going to help them in negotiations with anybody else, and the Yankees surely have a smug smile on their face right now. Power play failed.

Either way, the Mariners have shown that they have a tremendous amount of money available to spend, and if this isn't where it is spent, it will be somewhere else. But for now, after the last 24 hours, most of us are left with a hollow, familiar feeling - one that still has a faint, eternal flicker of hope.