Holiday gifts for the 2014 Seattle Mariners

It's about that time of year

Share All sharing options for: Holiday gifts for the 2014 Seattle Mariners

Well, it's December 14th, and if you're anything like me you woke up this morning and thought holy shit, I haven't even  started to think about what I'm going to buy for anyone this year and then promptly forgot about the whole thing so you can worry about it in ten days. I do this every year, and while gift-wrapped screenshots from amazon aren't the most thoughtful gifts one can give, the alternative is planning ahead and going to the mall and fuck that.

Gift-giving around this time of year really is a weird thing. Who do you decide to shop for? Significant other and family only? Do you pretend you're thirteen again and buy matching presents for all your closest friends? Co-workers? Do you do the white elephant thing? Or maybe you choose not to participate in a bloodlust material culture hijacked by faceless corporations, shilling out plastic crap every December and something blah blah blah you're probably right but I still have to do something.

I'm not sure there are rules for grown adults around the holidays, unless you have kids and if so, I'm sorry. But for the rest of us, one guideline seems to be to think about the people you spend the most time with once December rolls around. I spend a lot of time with some people, and some of those people are the Seattle Mariners. I don't personally know the Seattle Mariners, but perhaps...perhaps this year I will think about buying these millionaire athletes a little something, something for all the good times gone by and the great times left to be had on the horizon. Also I'm also going to stick to position players and only a few pitchers, because I'm not made of money, or time. Yes, I know I left so and so out, but you don't want to read 40 of these. Onward! 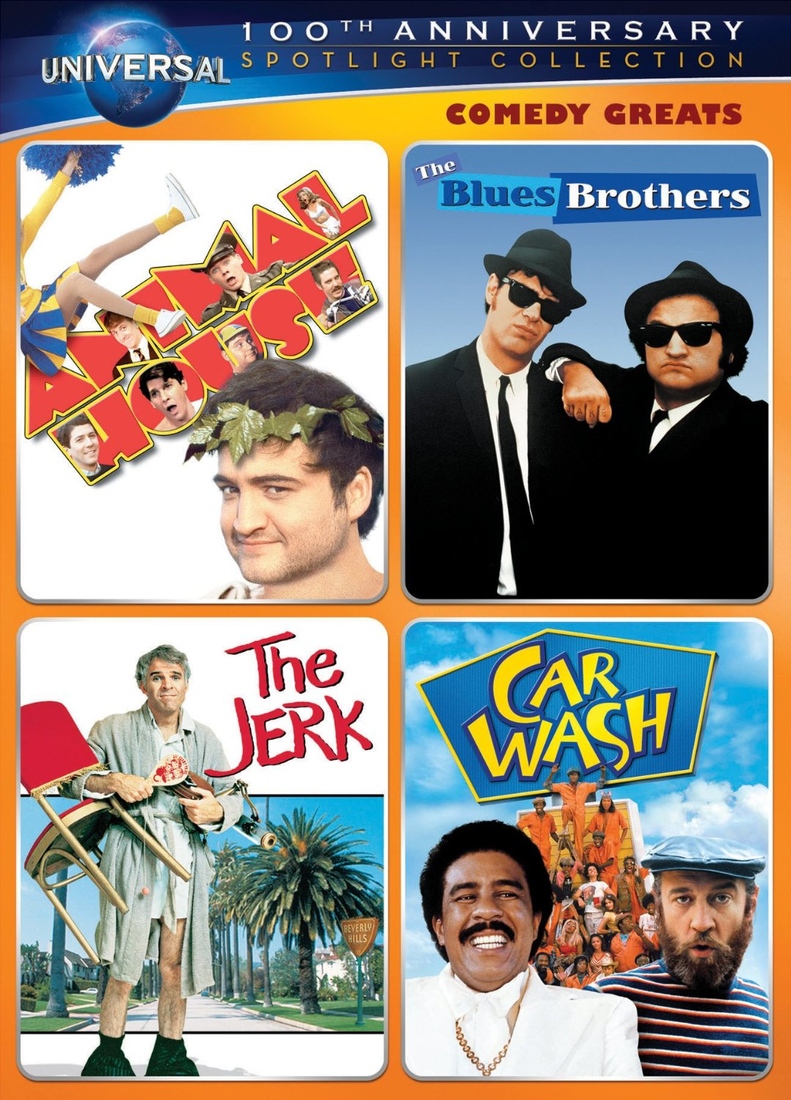 Scene: Dustin freezes on a low and away slider for strike two. He steps out of the box to compose himself and once again, his eyes start to gloss over. His mouth is cracked open ever so slightly, letting in just enough air to allow healthy brain function but not enough as to actually suggest emotion, or active thought. But this time, he remembers the chase scene from The Blues Brothers. He remembers Steve Martin picking up his things one by one in that oft-parodied classic scene from Carl Reiner's 1979 critically-acclaimed The Jerk. Suddenly, the corners of Dustin's mouth turn upward. Slowly. A noise emerges from within his chest, at first no more than a quiet breath and eventually raising to a chuckle. A laugh! Dustin smiles and feels joy for the first time in his life. This is what it means to truly be alive! He steps back into the box and watches an 85 mph changeup paint the outside corner for strike three. Out. But as he's walking back to the dugout, he knows he has won. The cans! he remembers. He hates these cans! 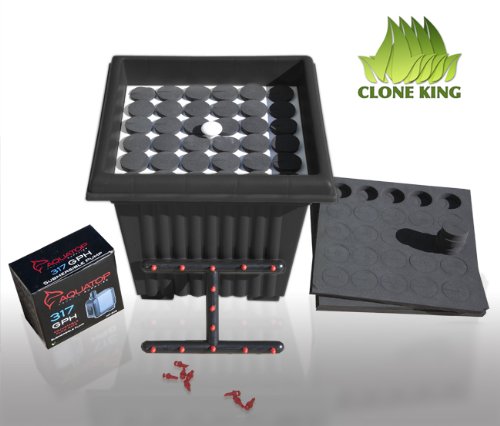 I have to be honest with you, I have no idea what this is. I think it has something to do with plants. I just thought of Kyle Seager and typed in "Cloning Machine" on Amazon and got this. It looks pretty great though, and it even tells us to "Expext 100% Success Rates!" 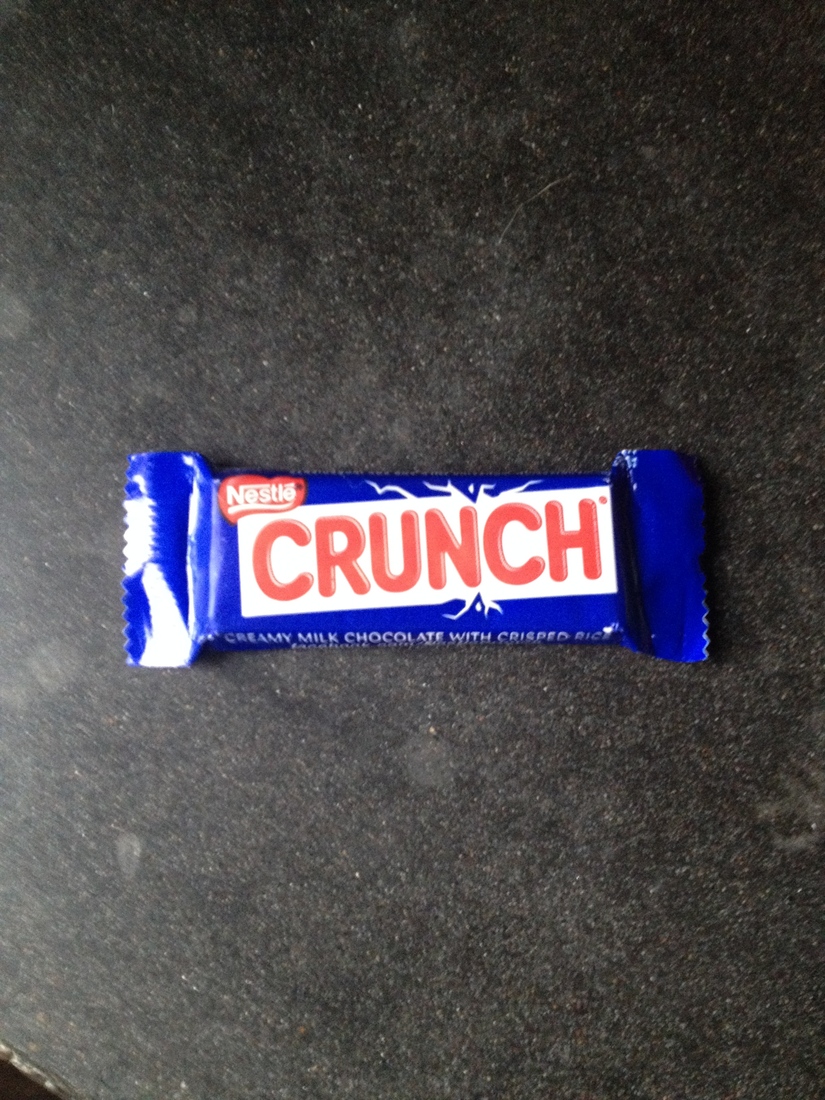 You can buy whatever you want with $240 million dollars, but I don't want the guy to feel left out or anything, and I've been saving this for quite a while. 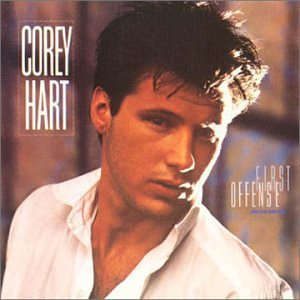 I don't know much about Corey Hart, which makes buying gifts for the guy difficult. Instead, I'm going to be that annoying friend that riffs on the same joke at every opportunity, while also subtly giving him baseball motivation with the album title. It's only $7.96 so if he hates it, whatever. 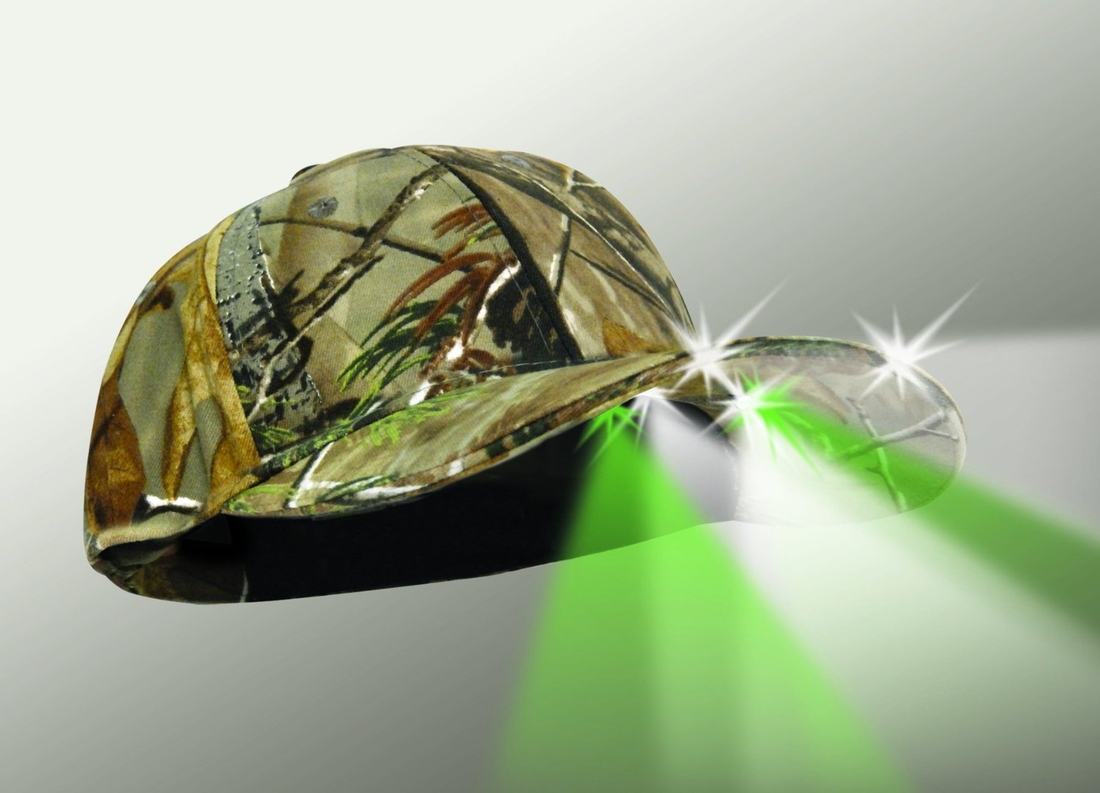 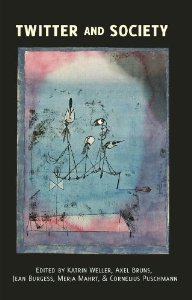 Buying gifts is hard, but it's also easy sometimes. It's a given that if you're known for one thing, then that's the gift you're probably going to get. You're the Pink Floyd guy? Expect yet another faded thrift store ANIMALS shirt from the 1977 In The Flesh tour. Liked that first pair of fuzzy socks your Aunt Caroline gave you seven years ago? Get ready for your seventh pair this year. So Logan, I don't know what else to tell you. Here you go, bud. 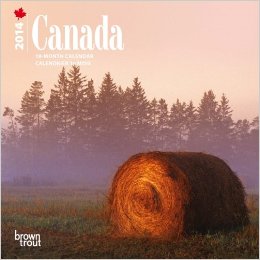 For the past three years, Michael Saunders has started out of the gate with a pretty great spring, convincing everyone he really is going to do it this year, and then starts to struggle, eventually whelming everyone right back to where it all started. Last year it was the pool D MVP in the WBC, and then...injury. I mean, look at this average chart. So this year I bought twelve of these 2014 Canada Calendars and replaced every month with the month of April. January, June, October. Ah.....October! All April. 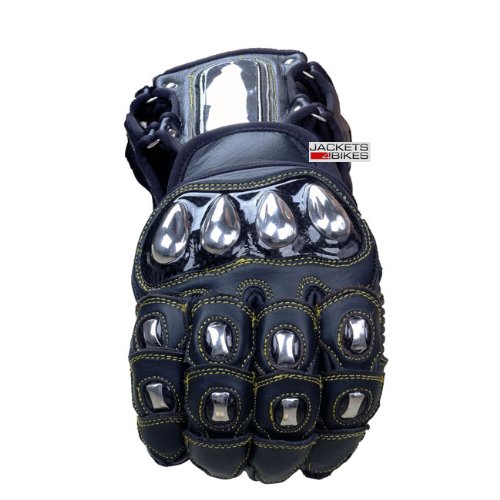 Learning how to bat with these may be a bit of a struggle, but fuck it, those hands are going to stay unbroken for good now.

This is an I-put-you-off-till-the-last-minute-but-have-to-buy-you-something scenario. 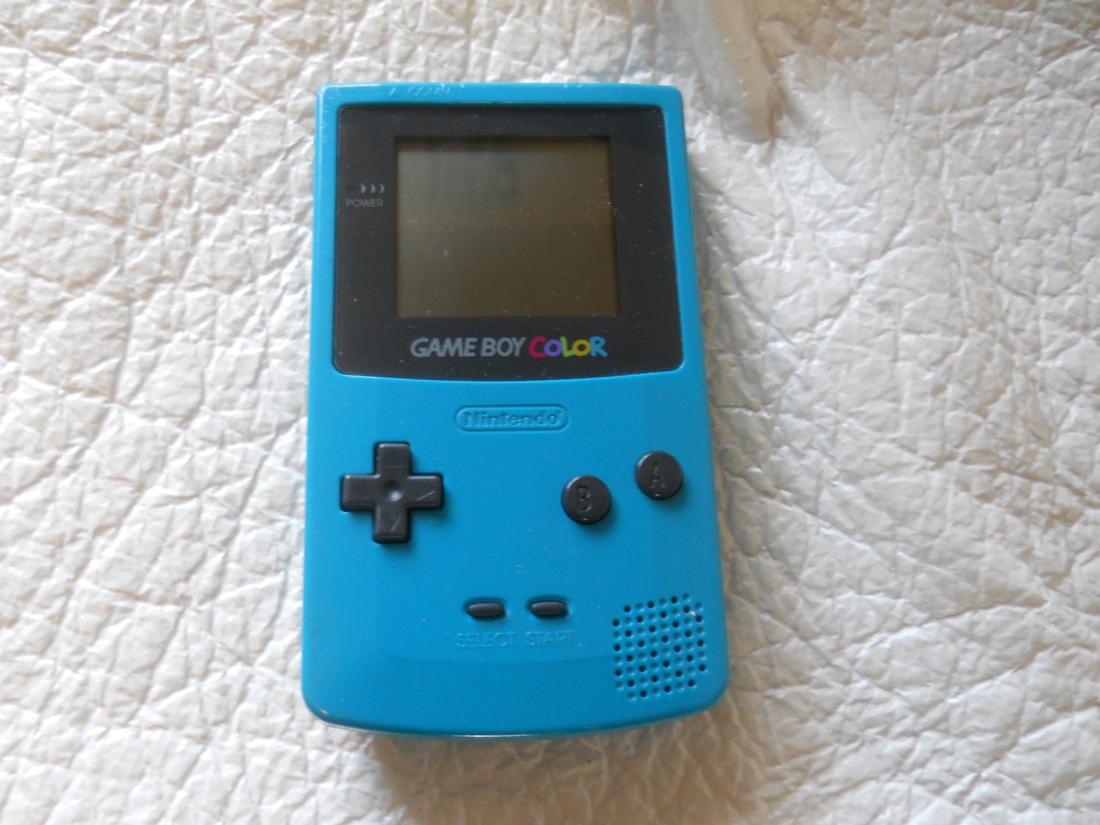 Poor Nick Franklin. He's been replaced by the best second baseman in the game, then was tossed around in trade rumors before failing to move anywhere, and is now thought of by some to possibly go down the Ackley-to-the-outfield path, if not being a "super" utility player. Super utility? Yikes. If that happens, he's going to probably be spending quite a bit of time in the dugout. With this custom teal Game Boy Color, he can keep those spirits up while he fights to bring back Peach to the Mushroom Kingdom, or perhaps even get some reps in on Ken Griffey Jr.'s Slugfest, which he can pick up from Amazon for only a penny. 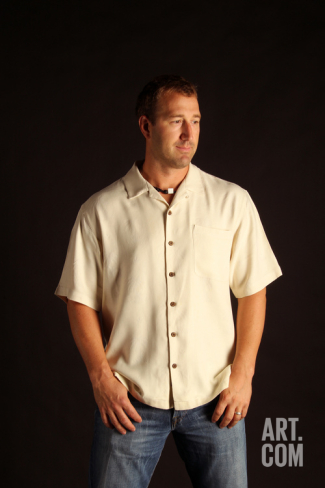 Because at this point, what's left? 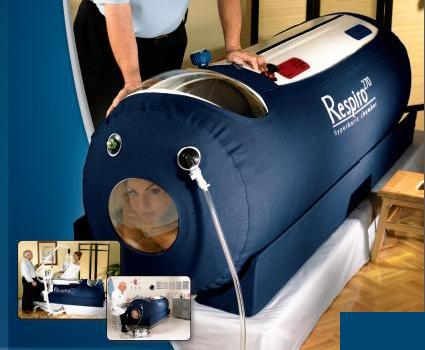 Sure, laugh all you want. But if Raul Ibanez can sleep in one of these and then go on to hit a thousand home runs at the age of 41, then I see no better way to ensure Kuma beats the inevitable late thirties drop off that is bound to come someday soon. 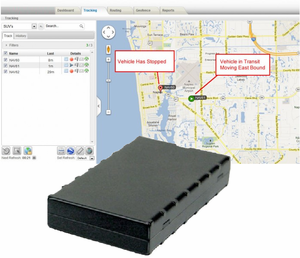 Now, Jack has claimed he isn't going to trade Taijuan. But to be honest, I'm still not feeling great about it. This is a perfect solution--a "gift" for someone else that's really a gift for the person giving it. Just look at these handy features and tell me it won't help us go bring him back when he gets shipped off for a silly rental: