Robinson Cano has passed his physical, and the Mariners have finally announced his signing. All of you who were freaking out that the deal would fall apart after Geoff Baker blew the lid off the Mariners front office can rest easy.

The full details of the contract are out, and they're pretty simple. 10 years, $24 million per year, full no trade clause. Even money distribution all the way through the life of the deal.

Here's your first look at Cano in an M's uniform, courtesy of the Mariners Twitter page. He'll wear #22 for the Mariners, the number he wore before switching to 24 in 2006. 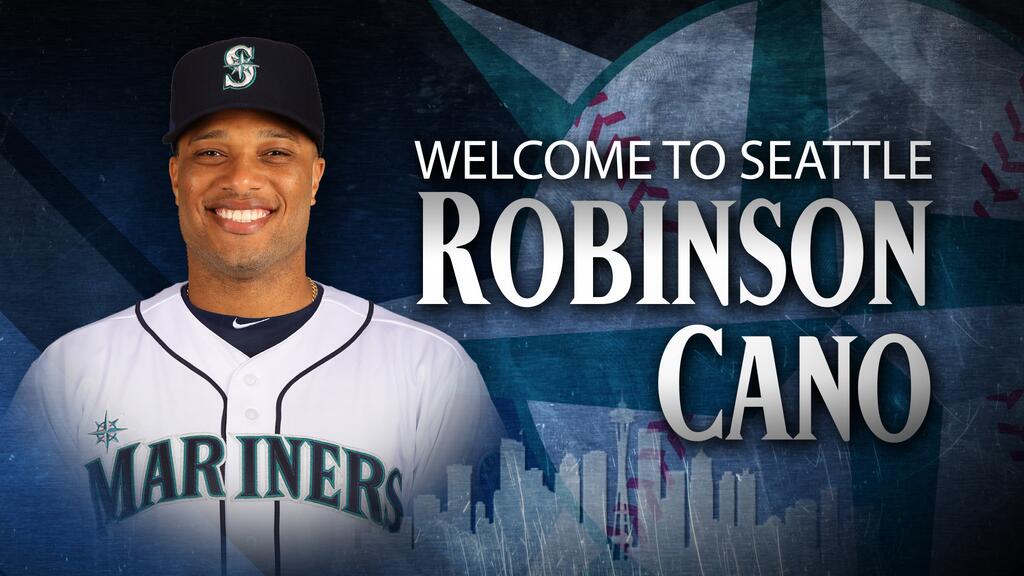 They'll hold his press conference at 3pm PST, and you can watch on MLB Network, ROOT, or at this link on Mariners.com. Jay-Z is in the building, and he'll be with Cano at the signing. [insert Jay-Z lyric joke here] Geoff Baker announced that he won't be at Safeco today, if you were wondering.

I tried to think about the last press conference I was more interested in watching, and outside of Felix's emotional extension and Griffey's return, I can't think of many. Feel free to use this post as your open thread for commenting about the conference when it starts.