Rosenthal: Mariners want one of Jacoby Ellsbury and Shin-Soo Choo, as well as a starting pitcher and RH bat

Ken Rosenthal connects the Mariners to Shin-Shoo Choo as an Ellsbury backup plan, and also states their desire for another starting pitcher and a right-handed bat.

Share All sharing options for: Rosenthal: Mariners want one of Jacoby Ellsbury and Shin-Soo Choo, as well as a starting pitcher and RH bat

So, the Mariners have some money. It's possible they might want to spend said money. They're being linked to the most high profile free agents, and are said to covet them. Sound familiar? Two years ago, Jim Bowden proclaimed that the Mariners were the favorite for Prince Fielder. Last year, the Mariners seemed willing to offer Josh Hamilton the most money. Both off-seasons concluded without a splash.

This year, the Mariners seem determined to make one work, though we've seen them act this way before. Nonetheless, Ken Rosenthal is reporting that the Mariners have plans, wicked plans.

Clarification on something I reported earlier. #Mariners want Ellsbury or Choo plus starting pitcher. Not on Napoli, but will seek RH bat.

Hello! Ellsbury has been eternally connected by everybody under the sun, including Rosenthal, but it seems that Choo may be a fall-back option for them. The Mariners haven't been mentioned with Choo much at all, and he's been lost in all of the M's/Ellsbury love-fest. It reinforces a narrative that suggests the Mariners are determined to go get somebody huge, but will they? History isn't in their favor, and there's legitimate fear that the M's may throw roll too many Walter White barrels of cash at one of these outfielders to convince them to come back west. 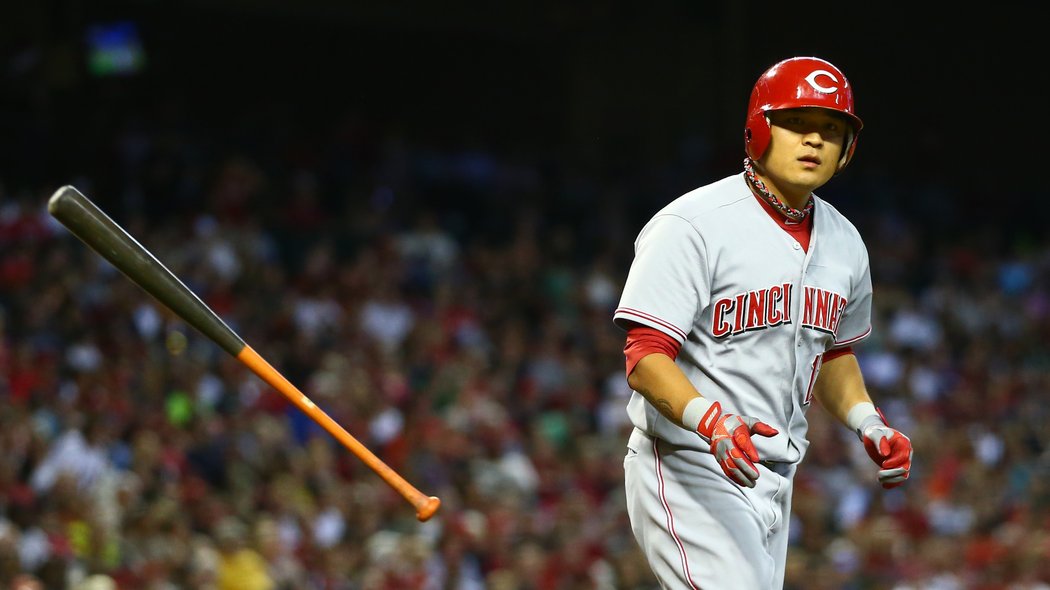 Rosenthal also suggests that the Mariners are interested in adding a starting pitcher, which is good and terrifying at the same time. There's a very good chance that the free agent market for starting pitching is going to be absurdly inflated thanks to the sort-of precedent Tim Lincecum set, and guys like Ubaldo Jimenez and Ervin Santana could be in line for some gigantic paydays thanks to good contract years.  Trading for a pitcher or signing a moderate-upside/low-cost pitcher like Scott Baker seems like a much wiser option, but who knows. This is just a rumor, and there's zero context as to how they plan to acquire the aforementioned starting pitcher. Be smart, please.

There was also a little buzz that the Mariners were going to be in on Mike Napoli yesterday, but Rosenthal clarifies that here, still suggesting they'll seek a RH bat. Corey Hart is the guy I want for that role, but there's also some obvious trade candidates available. Chris Young is another option, and he'll probably be affordable after his weak offensive season and sporadic role in Oakland.

Rumors, man. There's a pretty good chance the Mariners will be connected to virtually every big free agent this off-season, so take everything with a grain of salt. The only reason this is worth paying a bit more attention to is the source - Rosenthal is a well-connected guy who has been really hammering home the Ellsbury connection all year, so there's definitely something to that. As for Choo? It's new.  The timing of these deals is going to be the most interesting thing to watch. If somebody snatches up one of Ellsbury/Choo for a huge deal early on, will the M's panic and massively overpay for the alternative? Or does Masahiro Tanaka become the ultimate fallback option, given that he isn't going to be posted anytime soon as MLB and NPB continue to fight over the new posting agreement?

It seems like the hot stove is fired up earlier than usual this year. This off-season may end in more disappointment, but it seems poised to be one of the more entertaining ones in recent memory.