Jason Parks of Baseball Prospectus has released his top 10 prospects for the Mariners organization, and it's fully Saved by the Bell: The New Class.

It's about that time when prospect rankings get the reset button, and this year is exceptionally interesting given that a large chunk of the Mariners system has since graduated to the big leagues. Our friend Jason Parks is in charge of this year's M's rankings over at Baseball Prospectus, and while Mike Zunino, Nick Franklin, Brandon Maurer and Brad Miller have all played enough to graduate, Taijuan Walker and James Paxton still make the cut.

It's fascinating to see how high Victor Sanchez, Edwin Diaz, and Tyler Pike are ranked. This organization still has a bunch of talented arms, but outside of Walker/Paxton they're mostly developmental dreams. There's no more immediate help coming. Victor Sanchez was born in 1995, man. Luis Gohara was born in 1996. This is Saved by the Bell: The New Class, and hopefully these graduates are better than the college years spin-off, although Raul Ibanez as Bob Golic is likely to be re-cast.

I'm a little surprised to see Chris Taylor below the trio of developmental pitchers after his solid 2013 and AFL, but the ceiling there is certainly lower than some of the other guys. Parks has leaned more towards upside than high floor players such as Taylor.

Gone from the list is Danny Hultzen, for understandable reasons. He's just an impossible player to rank right now, having no idea if he'll recover, or when that will be. The burden of proof is on Hultzen now to reclaim his status and contribute.

Going the distance for Chris Taylor 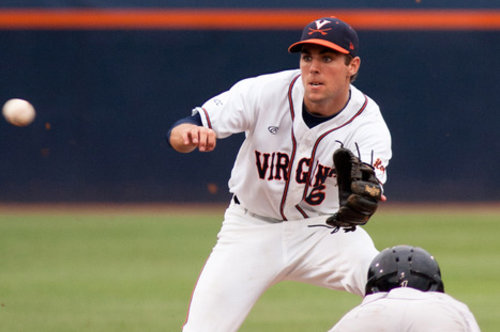 Chris Taylor is the latest in a long line of Seattle middle infield prospects to crush minor league pitching despite having no real standout tools.

Parks also mentions Carson Smith and Dominic Leone has two "factors on the farm" - prospects who could contribute at the Major League level as soon as 2014. We had Carson Smith in our off-season plan as a pitcher who could break camp with the team, beating out Carter Capps.

Also notable is no mention of Jabari Blash, who I thought might find his way onto a few lists with all of the graduating talent departing. Blash absolutely destroyed Jackson after his promotion, but he is old for that level (24), strikes out a lot, but also walks a lot too. Blash probably needs to show another year of sustained performance, given that his overall line in High Desert wasn't remarkable before his Jackson domination. I'm personally more intrigued by his future than somebody like Ji-Man Choi, who doesn't seem like he's going to be able to hit enough to make it as a first baseman. When I asked Generals broadcaster Chris Harris if Choi could play a corner outfield spot, his answer was a pretty clear no.

There's a ton of amazing analysis and future projections in here, and I don't want to take away from the incredible work Jason did on this article. Make sure to read it all and soak it up. There's still a lot of talent in this farm system, but most of the pieces that are going to help any time in the near future are pretty much already here.

Next Up In Seattle Mariners Minors