Buster Olney provides the latest update on the team's continual search for better players. If the Mariners do make a splash, Ubaldo Jimenez is the right name from the suggested three.

Share All sharing options for: If Mariners want a big name free agent pitcher, Ubaldo Jimenez is the right choice

Everybody seems to think the Mariners are going to spend some serious bucks this offseason. Buster Olney stated that the Mariners had a #2 pitcher on their wishlist to go along with a closer and a pair of frontline power bats, and since then most of the assorted rumors have been about pitchers, not hitters. Today, Olney followed up his initial tidbit with some actual names, though the language is curious.

One of the three most prominent free-agent starting pitchers--Ubaldo Jimenez, Ervin Santana, Matt Garza--seems bound to wind up w/Seattle.

That's exactly it, isn't it? It would seem that the Mariners would end up with one of these pitchers if they had a bunch of money to spend and wanted a #2 pitcher. That's basic dot connecting. Note that Olney doesn't say that the Mariners are in conversations with these pitchers, or that anything is on the table. This is mostly a list of who the expensive free agent pitchers are on the market, and if the Mariners a) want one and b) have money to spend, then c) one of these is coming to Seattle.

If it seems as flimsy as everything else, it's because it is. There's no doubt a lot of national baseball writers are being asked about the Mariners because they have a ton of money to spend, haven't done a single thing while other teams make moves around them, and have historically been a very tight-lipped organization. Sure, it seems like the Mariners might go out and get one of these guys, but doesn't that dot-connecting also require you to assume that Olney's first tweet about the Mariners offseason shopping list is true? 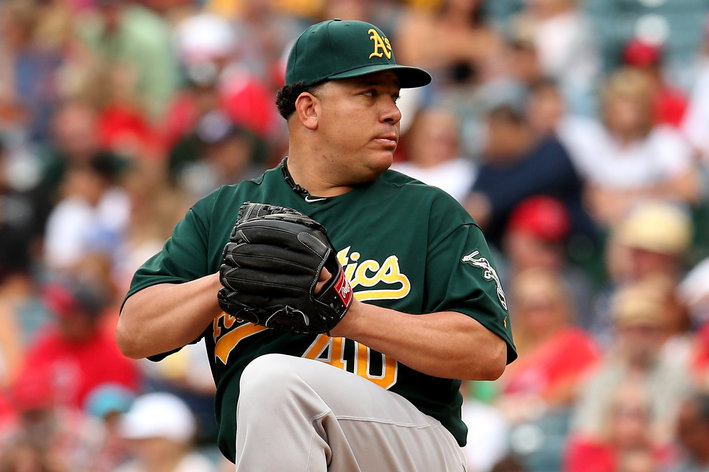 Is it the inconsistent Ervin Santana? The formerly dominant, recently improved Ubaldo Jimenez? Or the relatively safe Matt Garza?

Assuming I can't choose Bartolo Colon at a fraction of the cost, I'm taking Jimenez. 2012 was a disaster, but he finally figured some things out in the second half of 2013, and his numbers were eye-popping. He didn't throw a ton of innings, but he missed a tremendous amount of bats and started putting the ball where he wanted it to go.

Clearly, he didn't luck his way into an excellent second half. The peripherals are outstanding, and while Jimenez didn't consistently get deep into games, he also wasn't trusted with high pitch counts very often, especially in September. Jimenez was yanked before 100 pitches in 4 of his final 6 starts down the stretch, despite allowing a mere 1.09 ERA through September - and that was with a whopping .340 BABIP. No fluke there. 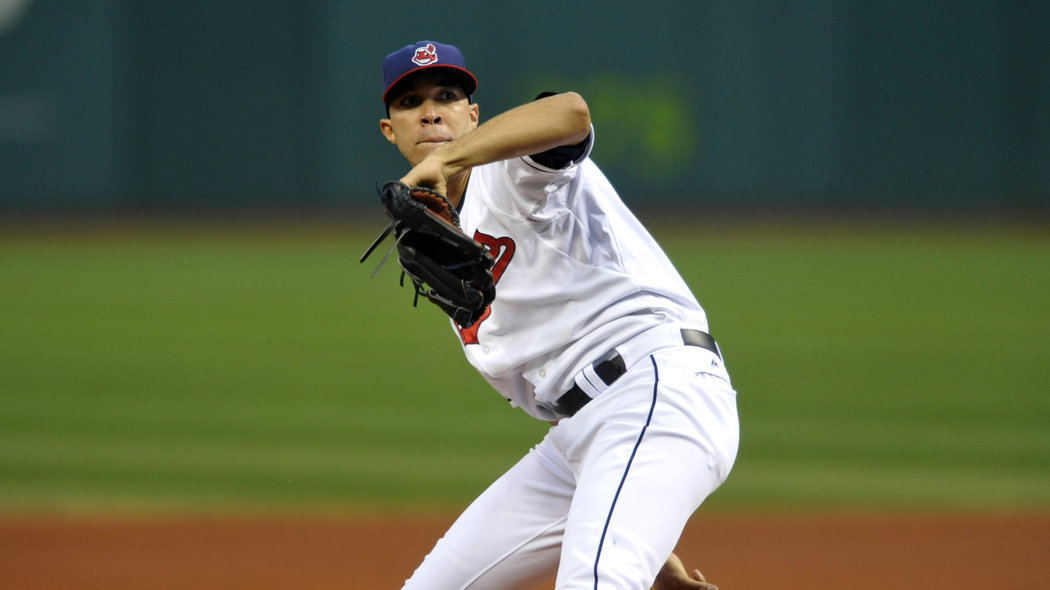 Jimenez may have finally found out how to pitch without his overwhelming velocity, which carried him when he was the ace of the Rockies staff. Jimenez has dropped from averaging ~96 on his heater in 2010 to just 91.7 in 2013, and the velocity dip coincided with his lack of effectiveness. His 2011 saw a ballooned ERA by his inability to pitch effectively with runners on base, but his peripherals were still solid. 2012 was rock bottom for Jimenez, as his K/9 hit a career low and his BB/9 reached a career high. So what did he figure out in 2013?

Let's compare his pitch selection from 2012 through the first half of 2013 to the second half of 2013, when he became dominant.

Less straight heat, more sinkers, and a lot more sliders. Jimenez is moving away from his previous power pitcher arsenal, and has become more of a finesse pitcher. When combined with his recently discovered control, the results were devastating.

It's risky to pay to see if Jimenez's results in 2013 were fluky, but there's plenty of evidence to suggest that he's actually figured something out as opposed to getting lucky. There's no big red flags in terms of LOB% or BABIP, and there has been a measurable difference in the way he approaches hitters. Much will hinge on his future ability to control his arsenal, but Jimenez has, without a doubt, the highest upside of the three pitchers Olney listed. Even if he doesn't build upon 2013, he has been worth less than 3.0 fWAR once in the past six years. Once.

If the Mariners are going to try and spend a bunch of money to play with the big boys, they're going to have to try to catch lightning in a bottle with some of their free agent signings. A lot of things will have to go right to make a playoff push, especially when paired with the continued development of the young talent.

If the M's actually want to go on a spending spree as Olney has suggested, Jimenez is the best choice for a big pitcher splash. He has been remarkably durable, he's the youngest of the three Olney listed, and represents the biggest potential bargain of the group. If you sign Matt Garza or Ervin Santana, you have a solid idea of what you're getting, and the chance of that contract being a steal is low. That's just not the case with Jimenez. He's finally started adapting to life without overpowering heat, and if you can stomach the risk, his upside is tantalizing.