This blog post starts with another blog post. More specifically, this blog post starts with this blog post, the content therein (expertly rendered by our own Managing Editor Scott Weber, I might add) imploring the Seattle Mariners to give Bartolo Colon American dollars in exchange for pitching baseballs. This course of action stuck me as reasonable, a cause worthy of support, and I voiced my agreement in the form of a vigorous tweet, which is a thing. I said this: "Let's do this." The exuberance of one Leroy Jenkins absent but strongly implied. I wished to convey the audible force of an inspirational battle cry, conceived of both bravery and fear, the sound that rallied whole armies together as they ran swiftly forward into the face of death. I was also looking for a pinch of ironic detachment and to let people know I knew about Things on the Internet. I thought it a satisfactory gesture and returned to my morning coffee. I drank some, and then did other things.

Some twenty-two minutes later, Lookout Landing's own Michael Barr responded with a rallying cry of his own, so to speak. He said this: "someone with mad gif skills needs to throw Colon in with the Buffalo where Brendan Ryan was." I thought this to be an excellent idea. Or at least, sort of. I decided it would be better if Colon were the buffalo. Due to his age and experience and wisdom and all that. Also the size and shape of his body. All of those things together, really. Maybe a bit more emphasis on the physical part, but not so much as to be mindlessly juvenile. Heavens, no. They were all pretty much even, the considerations. To make sure my instinct wasn't incorrect, I watched the commercial to which Michael was making reference. This only reinforced my already strong feelings. 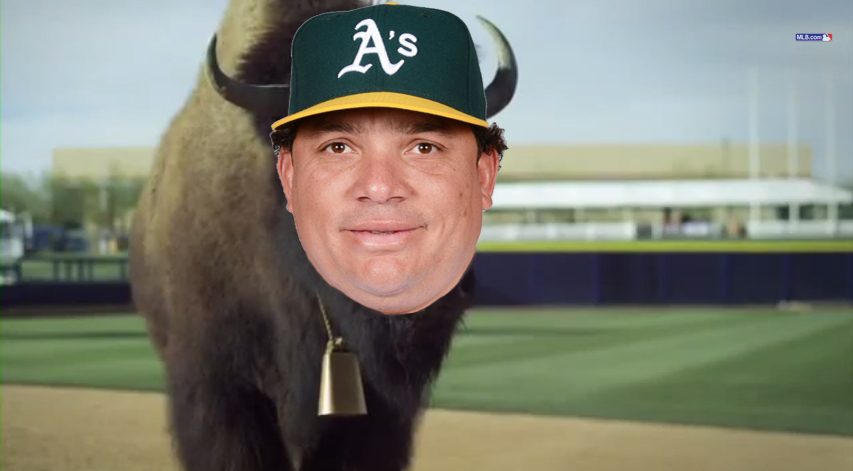 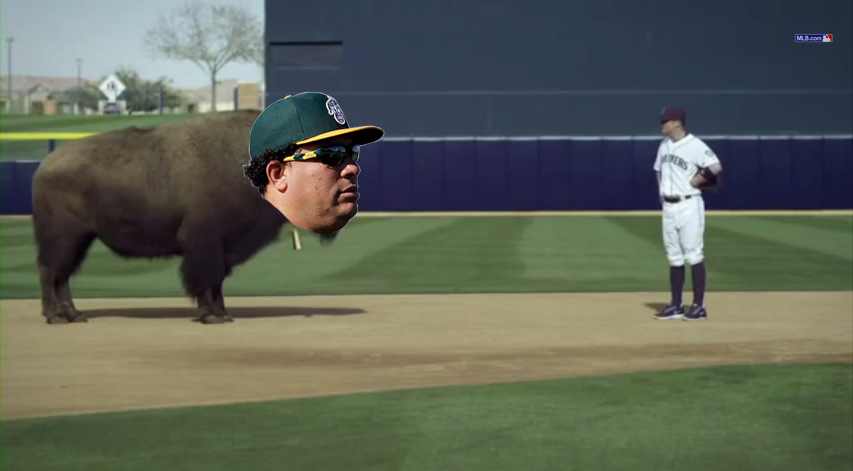 Now the sunglasses are on top of Wise Ol' Bufftolo's hat. 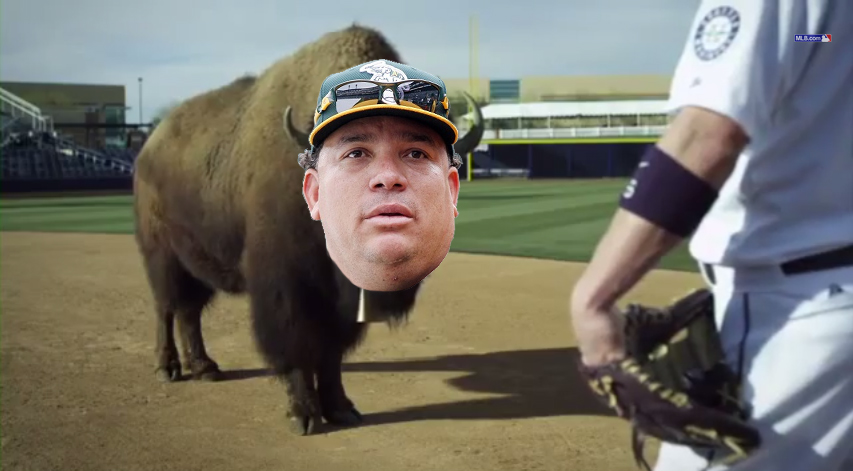 You probably thought these were over with by now, but there's actually four total. 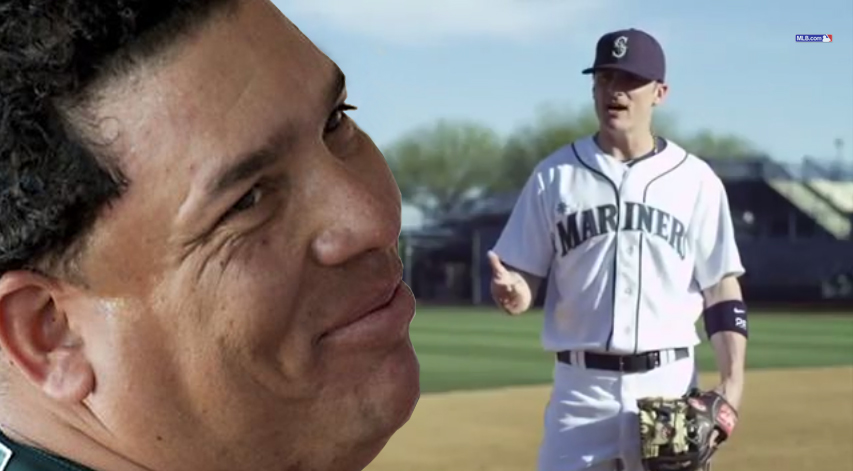 Bartolo Colon is the Wise Ol' Buffalo. Were his invaluable experience to be brought to Seattle, he would no doubt regale the many young players on the team with tales of adversity and triumph, fond memories and regrets, failures and successes. He would teach the junior Mariners pitchers how to master the four quadrants of the strike zone. How to throw baseballs within them that stretch the boundaries but never stray. He'd tell them not to take performance enhancing drugs, probably. What this has to do with Brendan Ryan, I have no idea. He was just the guy standing in the infield. It would be better if he were still on the team, but there's not a whole lot to be done about that now. I also completely ignored the entire narrative of the commercial, which had something to do with Tom Wilhelmsen and a prank involving a walkie-talkie and an electric cowbell. It's still called a cowbell even if it's being worn by a buffalo. Even if that Buffalo has the neck and head of a Major League baseball player.