Anatomy of a Play: Grounder to Smoak

We breakdown one defensive play from Justin Smoak and attempt to derive meaning, skill level, and a forecast for the future.

Share All sharing options for: Anatomy of a Play: Grounder to Smoak

The statistics say that Justin Smoak is a a mediocre (or worse) defender at 1st base. Often stats fail to paint a complete picture on their own. That is why we are going to examine a defensive play from Justin Smoak and see what our eyes and hearts tell us. Unfortunately, yes, one single play is a small sample size and will not tell us everything we need to know, but we are only looking for glimpses and not definitive judgements.

On 20 September, 2013, the Mariners played the Angels and Smoak started at first base. An Angel guy I guess hit a ball up the first base line directly into Smoak's zone of defensive responsibility. 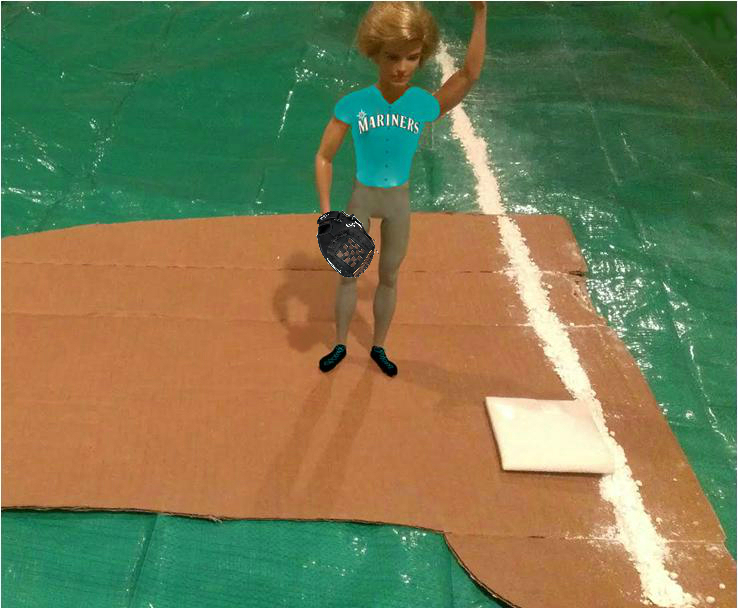 First off, he is very close to the bag which will limit his range to the right which happens to be where a ball is most likely to go. First basemen do often hold their arms up in the air for some reason, so we won't hold that against him for now, as odd as it appears. The most noticeable flaw we can see here is his very upright stance. His feet aren't even shoulder width apart and standard 1st base defense when a ball is about to be put into play is to be in much more of a crouch. 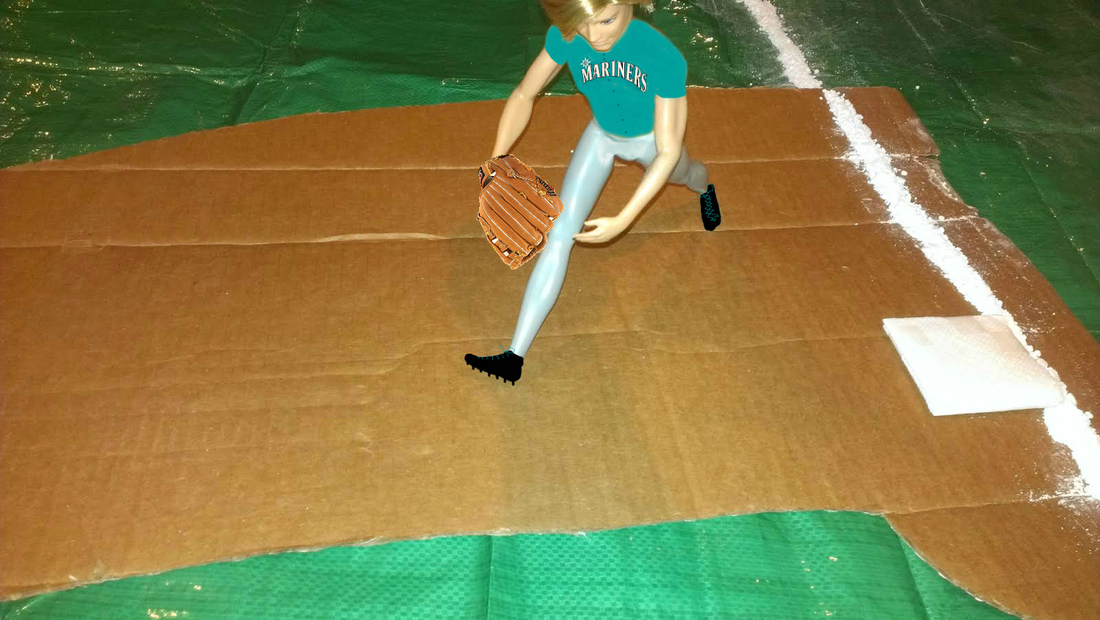 So stiff. Just extremely stiff with absolutely no bend in his legs. This may be a result of the upright stance, but honestly, this just does not look promising. On the plus side, he appears to have his hands ready to receive the ball and his eyes are focused in what we have to assume is the direction the ball is coming. 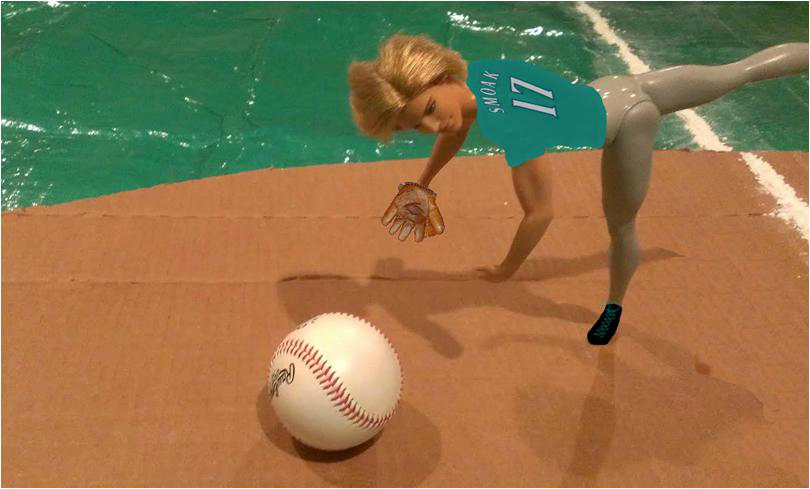 OH FUCK! Get the fuck out of there Smoak, no fucking wonder he looked apprehensive and stiff. If this was a normal situation, the pirouette position he is taking would be the target of intense ridicule, but clearly he is preparing to save himself from a horrible situation. 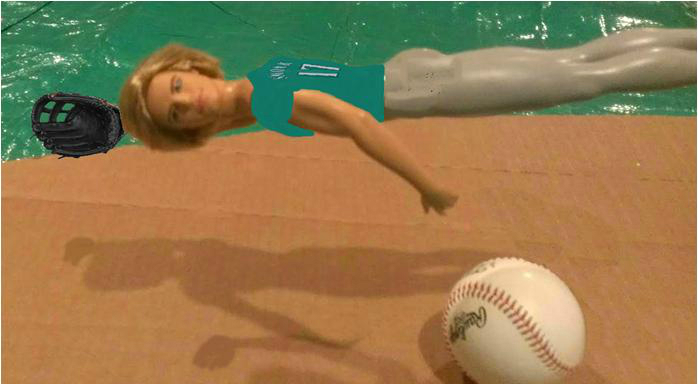 Yes, exactly right on the odd dance move. Quick thinking allowed him to plant and launch himself forward out of the path of the ball. I'm not sure if he is expecting another ball to be put into play, but the extended glove suggests that is the case. Either way, it's never a bad idea to plan for unforseen circumstances and to always be prepared. This is going to be close unless we are underestimating the drive that he got from his launch. Notice how high off the ground he is and I believe this to be the case. 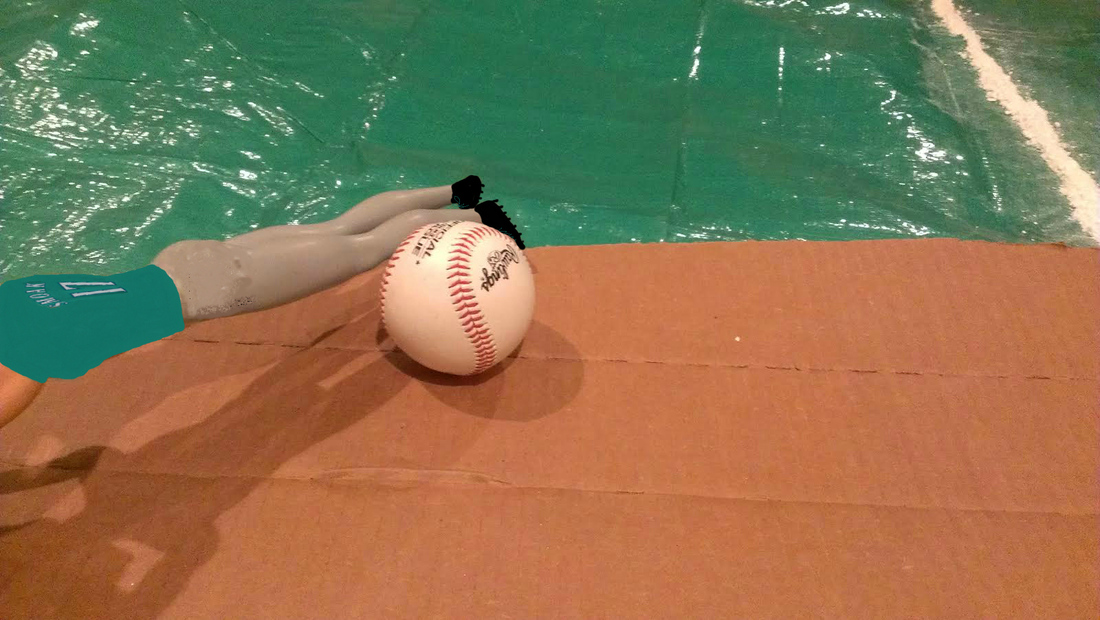 It doesn't look like he's going to make it out of this situation unscathed. As predicted, he had an extremely powerful launch which propelled him forward more quickly than even the ball was travelling. I'm sure you can figure out for yourself how valuable a plant and drive like that could be when getting to balls hit beyond your range. It may not apply to this situation, but it's an important observation when considering the value of Smoak's future defense. The ball appears to hit Smoak in his leg and throws off his trajectory. 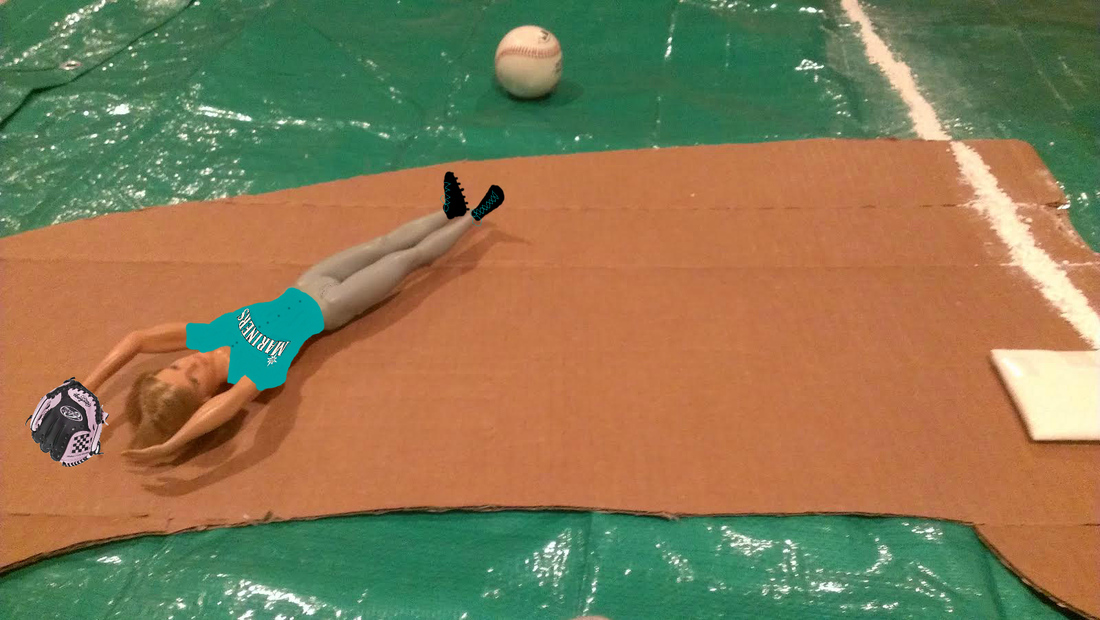 A very close call. Smoak was able to use the ball hitting him to spin himself safely onto his back rather than landing on his face. Although it's not the greatest photo and we aren't doctors, it appears there is no permanent damage to his leg where the ball made contact. There is clearly relief on his face which is further evidence that he was not injured on this very dangerous play. Quick-thinking saved him from disaster and we can all agree that quick-thinking is a highly desirable trait for a defender to possess.

This play resulted in a single, or possibly an inside the park home run depending on how fast the RFer Franklin Gutierrez was able to roll the ball to home plate. Probably an inside the park dinger. But this is a highly unusual play and I believe it would be unfair to blame Justin Smoak for not making the out.

Some of you are probably thinking the opposite. That this play proves that Smoak does not have the will to win, that he is weak, not a team-player, and has no desire to sacrifice himself for the common good. You are wrong.

I said this was only going to be a breakdown of one play, but I lied. I have one more piece of evidence from a very similar play on a completely separate day. 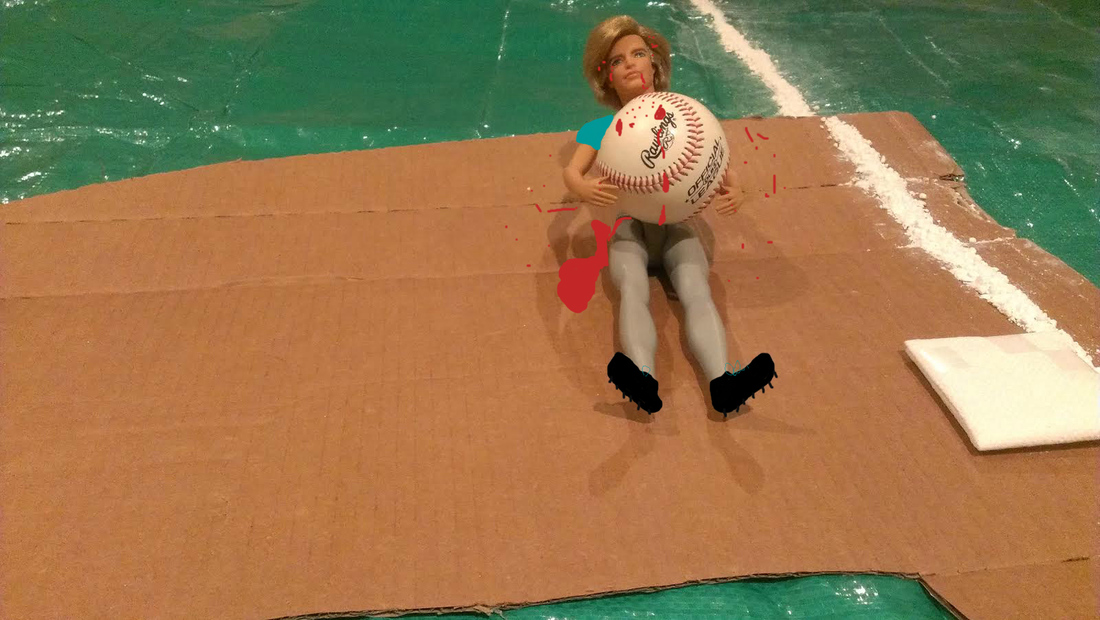 Exactly. This is a man that is not afraid to sacrifice his body to make a play. But how much damage is a player expected to take?

To summarize what we have learned, there are some good and some bad issues brought up by this examination. On the bad side, Smoak needs to loosen up more and consider bending his legs. His defensive positioning, pre-ball, could also use some work starting with a proper crouch. On the good side, he clearly has some speed and explosiveness that we were previously unaware of. Quick decision making and good balance are also notes of interest. Most importantly, he knows when to take one for the team and when to save himself also for the good of the team. The Mariners need decision makers and we may have found another one.