Scott Boras and Kendrys Morales do the Mariners a favor by declining the qualifying offer. Morales is now a free agent.

For once, everything has gone according to plan. When I endorsed extending Kendrys Morales a qualifying offer two months ago, I was gambling on Scott Boras. There's no question if Morales would have accepted, his 1 year, $14.1 million contract would have been an overpay, but the evidence of Scott Boras accepting qualifying offers (or arbitration) just wasn't there. There's going to be a thin market for Morales, but that hasn't stopped Boras from making a late deal for a good chunk of money before, and it probably won't stop him this time either.

True to form, Jon Heyman is reporting that Boras has advised that Kendrys Morales walk away from $14.1 million, and he'll test the free agent market. He does so with a compensation pick attached, so any team that wants to sign him will have to give that up. I examined the potential market for Morales last week, and it isn't ripe. There's only a handful of teams that have an obvious hole, an immediate need to fill it, and are in a position where they can sacrifice a pick to do so.

Time to take a step back and evaluate. This development can ensure the team comes out on top of the trade to acquire him. Morales' offensive production isn't that difficult to replace, and it can very possibly be had for a fraction of the cost. Depending on how risk-averse the team is, the most obvious candidate to fill Morales' role for less money is Corey Hart, who we endorsed signing to a 2 year, $16 million deal in our off-season plan. Hart is right-handed without big splits, has knee issues and probably can't be counted on to play the field anymore, but his bat is legit and right-handed power is a massive need on this team.

Making Kendrys Morales a qualifying offer is the right decision 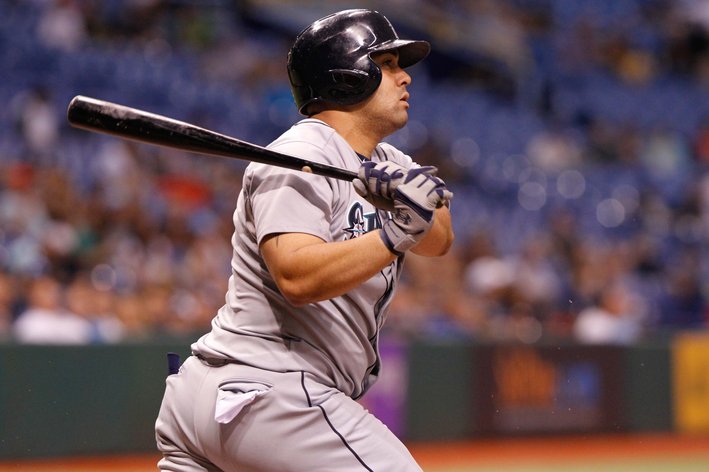 The upside of Morales declining outweighs the downside of him accepting, and with Scott Boras, declining is the more likely scenario. Make that offer.

This doesn't necessarily mean it's the end of the road for Morales and the Mariners. Once Morales steps out into the world of free agency, there's a very good chance teams aren't going to be lining up to give an expensive contract and a pick for a good, not great hitter who has some defensive and health concerns. If that happens, and the Mariners are still without a good replacement for him when the calender turns over to 2014, they should absolutely consider bringing him back, but only if his cost decreases considerably. Even though free agent costs are about to rise, I wouldn't go above 3 years, $33 million for Morales now that he has far less leverage than he did before the compensation pick was attached.

You can't blame Boras for wanting more. With every team getting ton of money from the new TV deal and other franchises cashing in on local deals as well, money is going to be flying around this off-season. There's a good chance the idea of what is overpriced will probably change over the next few years, and Boras, perhaps rightfully so, wants to get out in front of it. The Mariners simply cannot let themselves be played. They can't bid against themselves. By declining this offer, Boras is clearly placing a premium on Morales that the Mariners should not be in any rush to meet. Morales didn't deserve $14 million over one year, and he definitely doesn't deserve a multi-year contract with that kind of annual salary either. Be smart and don't be desperate. It isn't too much to ask.