Baseball's over, but the rumors are already brewing. Buster Olney becomes the latest writer to connect Jacoby Ellsbury to the Mariners, and gives a good indication as to what kind of money he's looking for.

The World Series has been over for less than 24 hours and the offseason hot stove is already crackling. The Red Sox have some decisions that need to be made right away, and the first of those includes extending a qualifying offer to Jacoby Ellsbury, among others. Ellsbury has been connected to Seattle for a long time, and a few weeks ago we heard Ken Rosenthal predict that Ellsbury would head to Seattle for $126 million.

Buster Olney steps in with some guesses of his own today, saying that the Mariners and Rangers are expected to be the two teams that pursue Ellsbury the hardest. It's yet another national writer connecting the dots, though the amount of writers doing so is starting to pile up. The Mariners like Jacoby Ellsbury a lot, and that's becoming fairly evident.

Rosenthal: Mariners will sign Jacoby Ellsbury to a $126 million contract 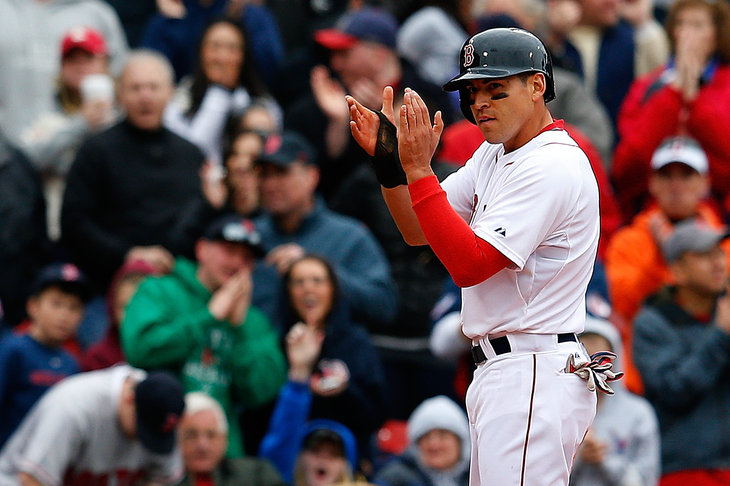 Olney does manage to pass along a new piece of information. The Red Sox offered Ellsbury an extension of somewhere slightly south of $100 million, and Ellsbury's agent Scott Boras countered with $130 million. It's very close to the $126 million Ken Rosenthal predicted before, so if you were comfortable with the previous rumors, this is good news. For the Mariners to sign Ellsbury, they're obviously going to have to step up to the plate, but we may have seen a glimpse of the ceiling.

Of course, the ceiling could rise, and if there's enough interest in Ellsbury for a deal that reaches nine figures, that asking cost can continue to rise. We discussed Ellsbury and a possible massive contract earlier this month, followed by analysis of what a contract for him should look like.