Last week, we discussed the possibility of Tim Lincecum coming to Seattle. That's now dead, as Lincecum inks a 2-year deal to stay in San Francisco at a significant premium.

Tim Lincecum will be staying in San Francisco. He's signing a 2 year, $35 million deal with the Giants, Jon Heyman reports. It's probably the best thing for all parties involved. It's a massive premium for a guy who hasn't been worth anywhere near that for a few years, but one could argue that Lincecum is worth more to the Giants than he is to anybody else, given his tenure with the club and long-standing fan favorite status.

Lincecum has only been worth 2.5 fWAR over the last two years combined, and while the stuff is still there to be a very good pitcher once again, it's a risky proposition to bet on it at such a premium. That contract would have been a tremendous overpay for anybody else bidding for his services, so it's no shock that Lincecum jumped at the offer, especially considering the full no-trade protection it reportedly comes with. 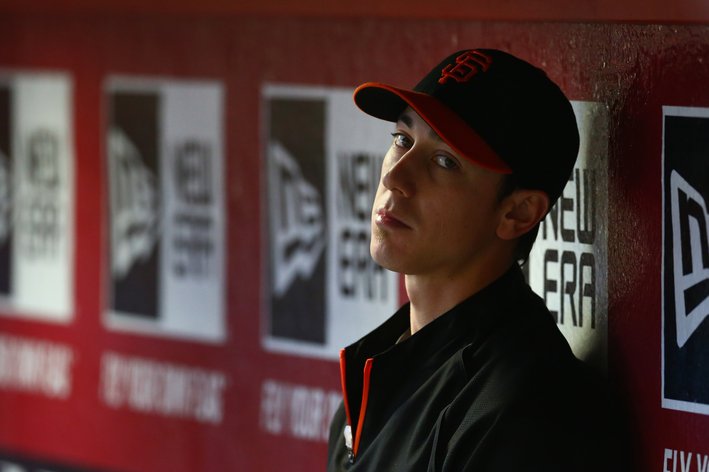 The Mariners reportedly had a scout looking at Tim Lincecum over his final starts with the Giants. He's going to command more than he's probably worth, and the Mariners should pass.

The Mariners just dodged a bullet if they really were interested in joining the bidding for Lincecum. If that's the kind of money that he would have commanded in the free agent market, what kind of money are other free agent pitchers going to command? Ervin Santana and Matt Garza must be seeing green. Even though this is technically a pre-free agency deal, this is still a warning for the upcoming starting pitching market. It's not going to be cheap. If there's one saving grace for other teams looking to shore up their rotation with big name free agents, it's that Lincecum doesn't really compare to the most of the others considering his stretch of dominance and overall pedigree. Still, what does this mean for somebody like Ubaldo Jimenez, who is also a few years removed from dominance but got back to three win value this year? Dollar bills, y'all.

Certainly, some of you might be disappointed with this news, and that's understandable. Without any money considered, I enjoyed the idea of Lincecum in a Mariners uniform. Who wouldn't? He's immensely likable, has at least some bounce-back potential, makes for a good story, and fills a need. Unfortunately, a $17.5 million/year salary is not what the Mariners should look to pay for what is essentially a glorified reclamation project, and the Giants are probably a bit silly for doing so. Then again, that franchise is in a different position than others are in, especially the Mariners.

If you're looking for a silver lining: if Lincecum doesn't improve over the next few years, he isn't going to get paid a premium for his services twice, and maybe the Mariners can actually afford to take a shot on him four years removed from dominance in 2016. Don't give up the dream.