Take the non-existent power of helping design the Mariners new logo into your own powerless hands.

I had planned to do this post later in the off-season, but since Scott brought it up last week, well, why the hell not now? I love the compass rose and think the team colors are swell. Especially teal. I feel like the people who don't like teal are the ones who also genetically can't taste cilantro and I would probably choose space banishment over not being able to taste delicious cilantro. Or teal.

The compass rose is distinctive, representative and also looks classic without really being classic. But again, why the hell not try and play with some new ideas? It would be pretty difficult to actually hurt someone or cause permanent damage by just designing some fake prospective logos, he says foreshadowingly. 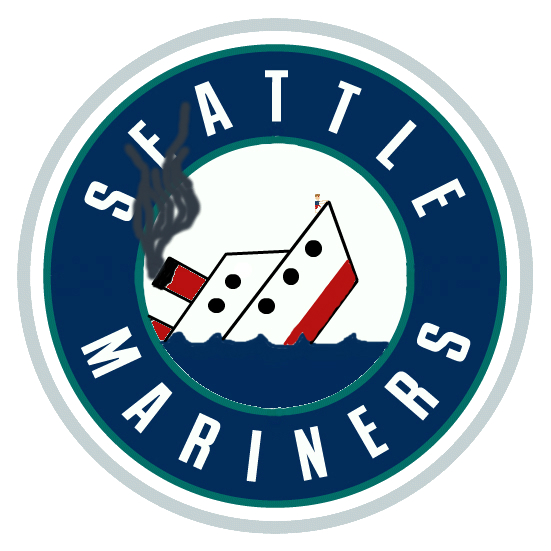 The classic representation of the Mariners. Mariners drive ships or whatever. Over the last ten years many commentators have suggested ideas similar to the above because of how well it suits this franchise. "Never turn those engines off Mariners fans, even when things look grim, grind those engines," is what I think this optimistic logo means. 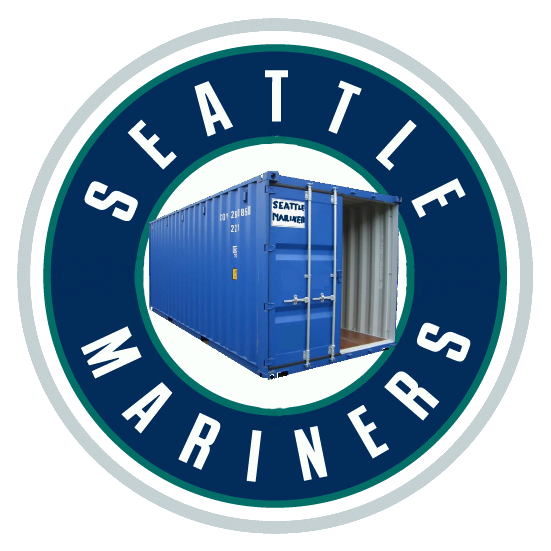 The only thing that more represents a seagoing, supply-transporting Mariner than a ship is a shipping container. No other sports team in the world that I can find (Searched over 33,000 sports team websites from the municipal level and up) uses this as their avatar so it would be really distinctive and unique. What's in that container? Young talent? Bobbleheads? World Series trophies? The world is your shipping container Mariners fans! 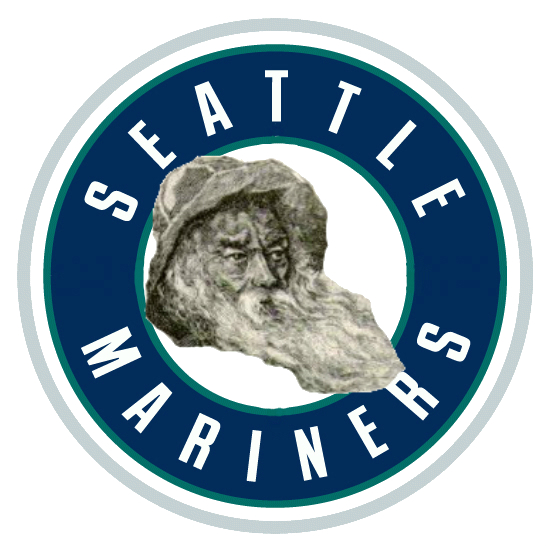 Scratch that shipping container thing because the only thing that represents a Mariner more than a ship is an actual Mariner or sailor. By next year we could probably just throw a hat on Dustin Ackley and toss a black and white filter on the photo in post-production. Bam, Mariners logo. 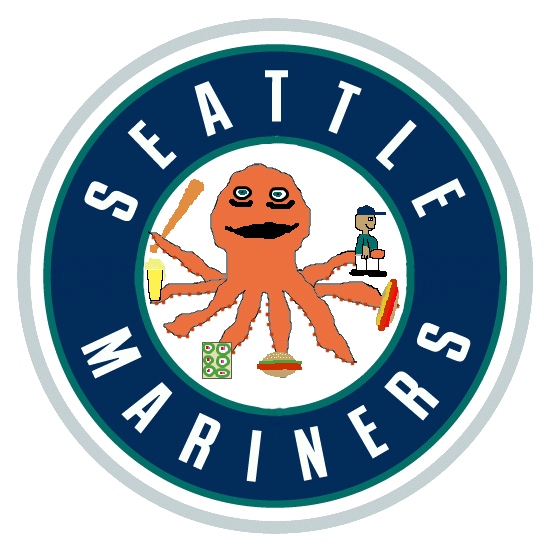 You know what else plies their trade in the sea? Animals. Especially ones that can sell the family-friendly environment of Safeco Field. I could be convinced to try a squid or giant squid as well but they tend to be slightly more scary and someone needs to think of the children. Speaking of which, we will need to hire a professional child to fix this logo for publication. 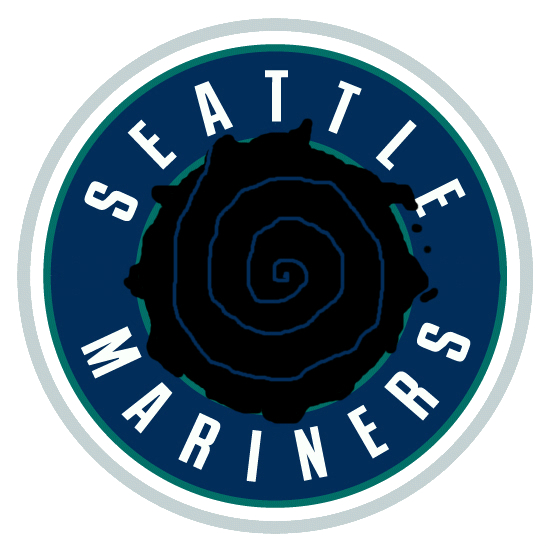 You stand at the edge and stare. What is life? What purpose am I serving here and if there is no purpose what should I do with this supposed life? Is there only darkness, is it possible for glimmers of light to shine through the meaninglessness of being and crash down upon us providing spare moments of joy and clarity? If there is no light and joy, no purpose, how else should I spend this simulacrum of life? You stand at the edge and stare. 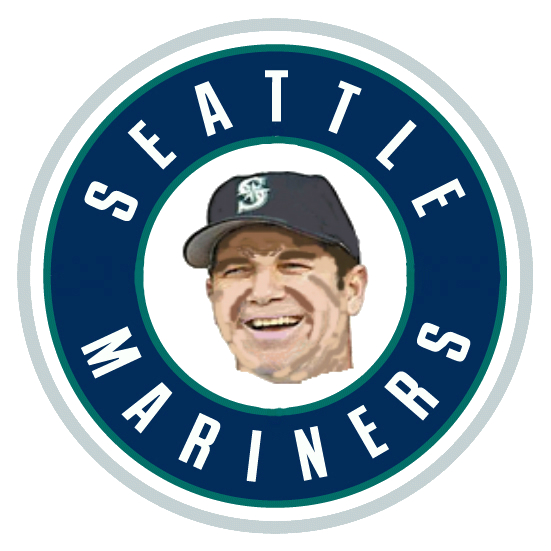 You can't object and I don't need to defend. 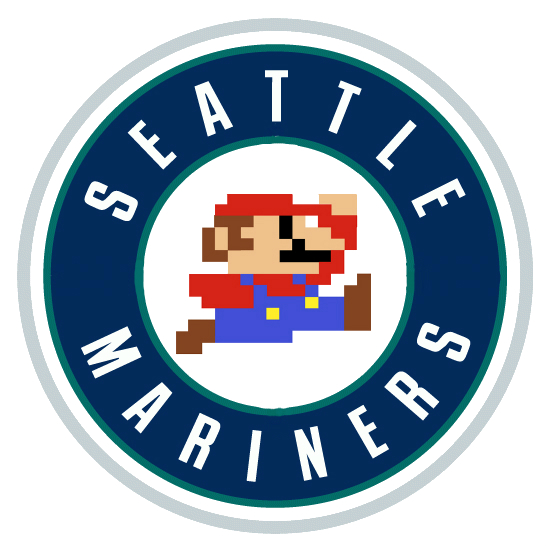 And if we're going to go the nostalgia route, why limit ourselves to baseball? Nintendo owns the Mariners and no other team would be able to even legally attempt this. Unless those "people" are right and Nintendo does truly hate the Mariners and roots for them to fail and would do anything to accomplish their goal of ruining the Mariners forever and completely and would sell rival teams the right to use their own iconic Nintendo video game characters. 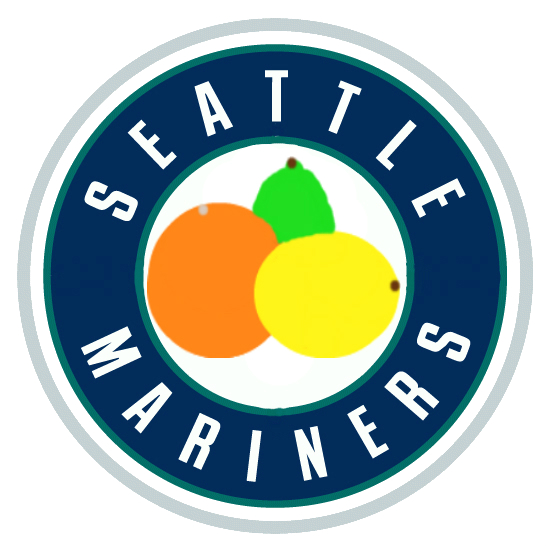 Okay, Mario is probably a bit too far off the theme unless the team changes the name to something more video gamey as a publicity stunt in order to sell something ({ahem} mighty ducks {clears throat}), so let's go back to the sea. Sailors require citrus and its delicious vitamin C in order to not become the scurvy monsters depicted on the edges of old maps. I just realized...why are we limiting ourselves to the same colors? That citrus really clashes with the sea-tones of our current colors, so let us experiment some more. 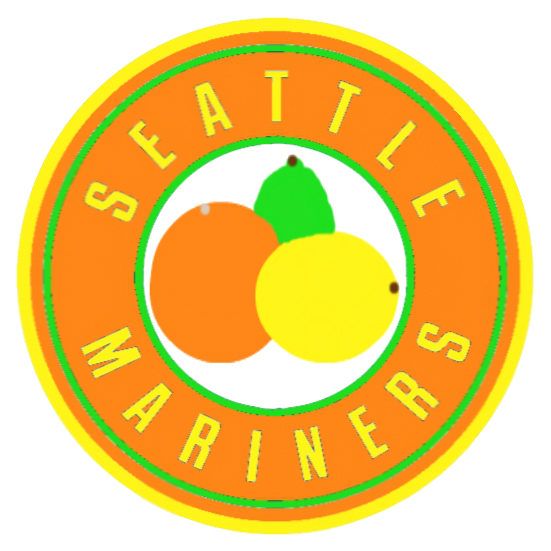 This...this isn't great. This was a mistake. This looks more like the Miami Florida Marlins of Florida and doesn't represent the Northwest very well at all. Also, Washington doesn't really produce a noteworthy amount of citrus and I'm afraid a good portion of baseball fans would not understand the reference to long-haul sailing. Our logo needs to be more northwesty. 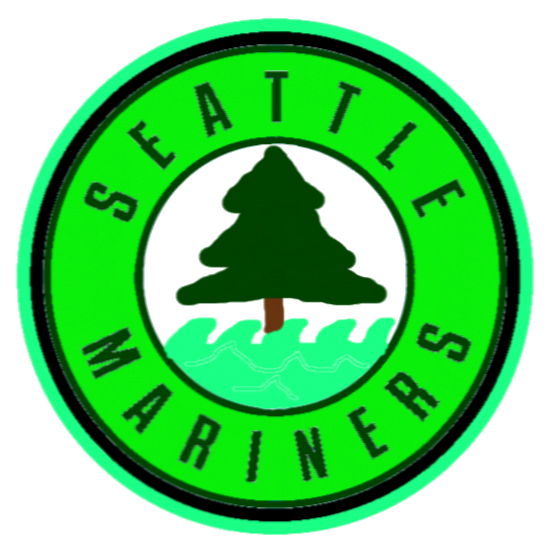 These colors suit the Northwest a little more. As does the pine tree and the ocean. However, who the fuck would ever make a tree their mascot? Just fucking terrible. Awful. And what, is it growing out of the ocean or something? What was I thinking. This is an abomination. A fucking tree, you'd have to be the most idiotic group of idiots to ever let a tree be your logo. I just realized something else, why should we limit ourselves to the classic "name in circles" type of logo? 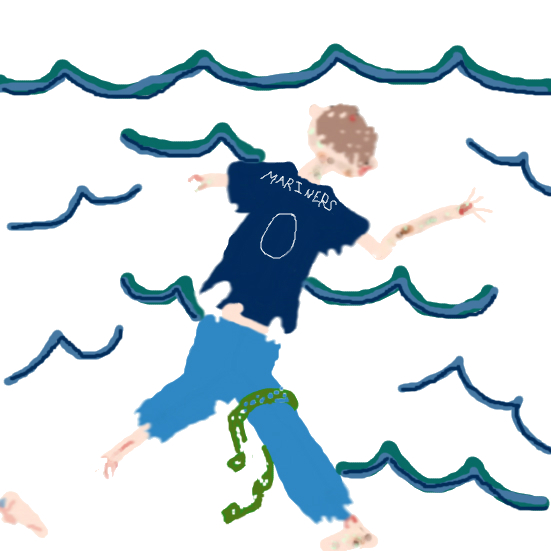 This is more like it. Back to the classic Mariners color scheme and theme. A sailor struggles to survive in a difficult world. This is the post-2003 Mariners logo we deserve. Although we would need to bring back that professional child to gussy this up a bit and clean up the margins. Maybe we should just have a professional child on retainer. We could even throw the logo on the floater's jersey to do some infinity mirror stuff. 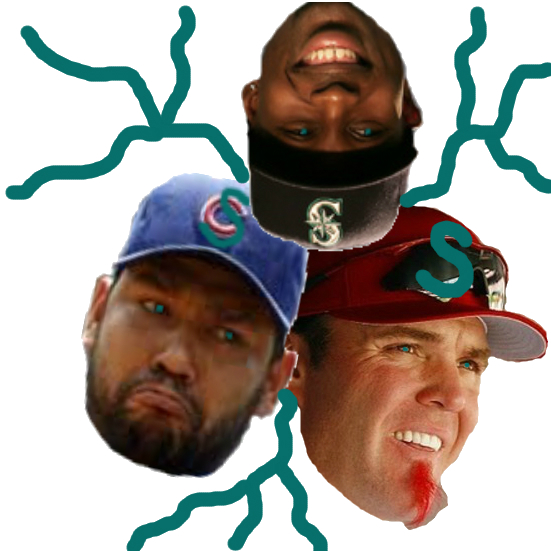 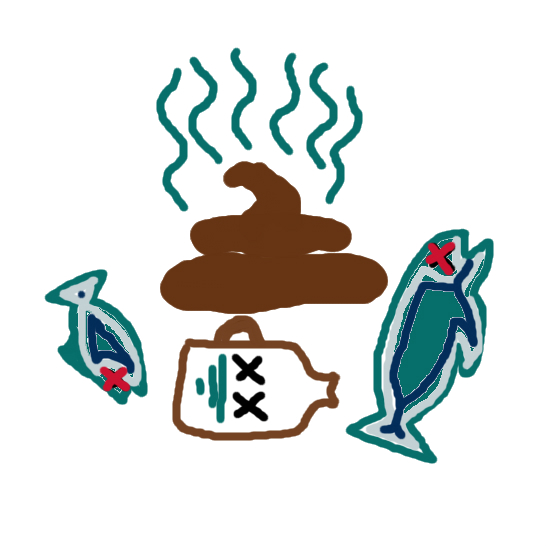 This washes the taste of the previous nightmare out of my mouth. I can see it just now, a couple of Mariners fans sitting around their "ellensburg campfire" enjoying some fresh Pacific caught fish and locally brewed or distilled alcohol. "This is the life", Bort says to Frescus, as the dulcet tones of Aaron Goldsmith waft over them from the solar-powered radio. 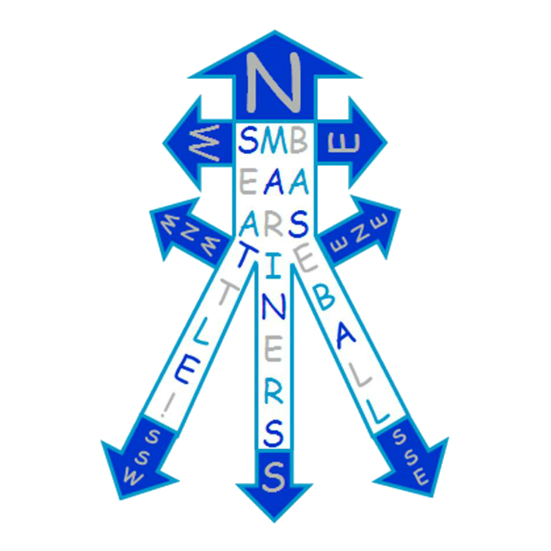 I'm so sorry. I just wanted to have some fun. It's all fun and games until someone gets hurt. I can't...I can't anymore. My brain is popped, the engine won't turn over. I once was lost, and now I'm also cold and hungry and even more lost. My hand keeps jerking up and slapping me in the front head thing and it's not me, I'm not doing it. It's awful, and I'm awful and I just want to not hurt anymore. I close my eyes and it's there, destroying my consciousness and mocking me. We shouldn't have done this. We shouldn't have played god. It's all over. This is the floor, we finally found the floor and I can't even find it and I am on the floor.

Oh Edgar, make it stop, I think I'm starting to like it.